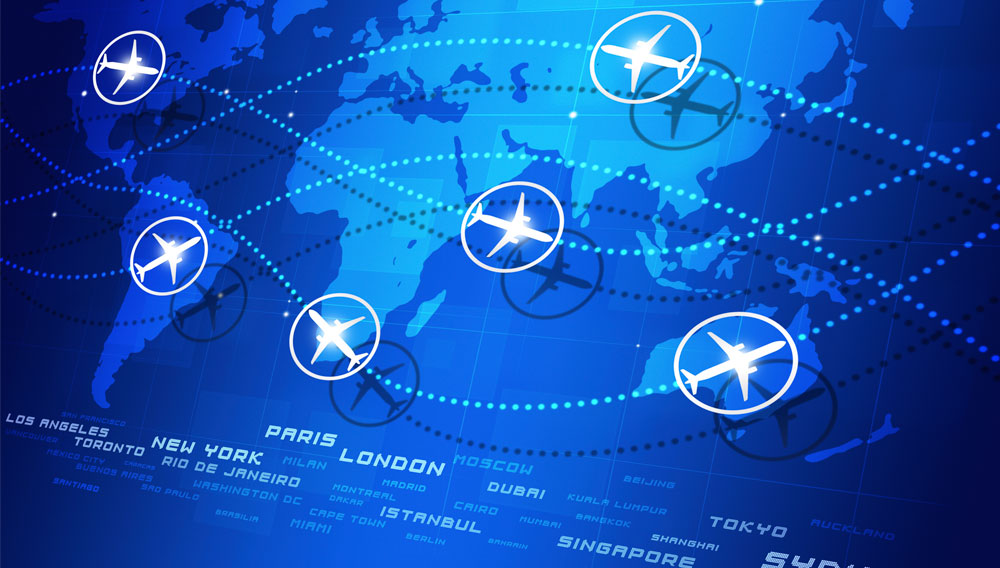 Our bodies may not have caught up with the Bombardier Global 6000, but new research illuminates how frequent travelers can ease jet lag.

For executives who need to disembark an aircraft and step right into meetings with a clear mind, jet lag is a familiar nuisance. But it is also a subject keenly studied by scientists, since out-of-sync biological clocks—caused by time zone–hopping and late-night work shifts—pose a health hazard. When circadian rhythms shift, so do schedule-sensitive cues such as sleep, energy, and hunger. New studies posit that these shifts may have even more serious consequences over time, by increasing the risk for cancer, diabetes, heart disease, obesity, and depression.

This increased risk has prompted scientists to look deeper into the proteins that regulate the body’s adjustment to environmental stimuli. Several recent projects in the United States and the United Kingdom have found promising pharmacological targets. Giles Duffield, PhD, an associate professor and researcher at the University of Notre Dame, along with colleagues from the University of Oxford and Hoffmann-LaRoche, recently identified that the protein SIK1 plays a major role in preventing the body from adjusting too quickly to changes in the environment. Their discovery could lead to drugs that help people adjust to new time zones.

Until then, light is the best answer. “Light is the most powerful stimulus for resetting the internal biological clock and keeping it in sync with a 24-hour day,” says Charles Czeisler, PhD, MD, the sleep expert at Harvard Medical School and Brigham and Women’s Hospital who made this discovery.

“The dogma had been that humans were more sophisticated than other organisms and somehow above environmental stimulus like light,” he says. “But it turns out that we are just as sensitive as the lowly cockroach.” Knowing this, one can manipulate light exposure—both pre- and post-travel—to reset the body’s clock. Here is what matters most, according to the newest science:

Time of day. At certain times of the day, humans are primed to be most affected by light exposure. Early-hour exposure to daylight sets the internal clock earlier; but if you want your body to shift to functioning at a later hour, get lots of light in the evening and stay out of the light in the morning in the days before traveling.

Intensity. The brighter the light, the more stimulus the body absorbs, because bright light suppresses the body’s natural release of melatonin secretion. From a circadian rhythm point of view, the best time to maximize light is just after dawn. Even indoor lighting can have a potent effect (and lights in airplanes count).

Duration and pattern. The first few minutes of exposure (especially post-sunrise) have the biggest impact. As light grows brighter outside, humans reach a point beyond which the daylight has less effect. Brief, five-minute interludes of bright light every 20 minutes for three to four hours on sequential days can be key to resetting your clock, says Czeisler, and is 75 to 80 percent as effective as continuous exposure to daylight. One caveat: Skip an interval, and the effect dissipates.

Wavelength. The greatest power to reset the body clock lies in blue and blue-green light (which have shorter waves). LEDs—widely used in computer screens, tablets, and smartphones—have blue rays, so nighttime exposure to them is more disruptive than incan­descent lighting. Red- or orange-enriched white light after sunset is ideal for getting quality shut-eye before a cross-country shuttle. Conversely, checking e-mail upon waking may help reset a natural rhythm to an earlier hour.

A few innovators concerned with jet lag have dipped toes into the travel of the future. For the air, Delta Airlines has debuted a “photon shower”—a walk-in chamber that creates a light sequence meant to mimic the effect of sunlight. But it might not hit the mark. “One would need to time light exposure depending upon travel destination and origin, as well as knowing one’s own biorhythm,” Duffield says. Still, he notes that “the photon shower has remarkable potential to educate and inform.”

On land, the MGM Grand Hotel in Las Vegas has an entire floor of wellness suites equipped with lighting customized to help guests adjust to a new time zone. In space, NASA is also looking ahead. It has tapped Boeing to try to rectify astronaut insomnia by equipping the International Space Station with LED bulbs that can be set to different modes to suit astronauts’ schedules.