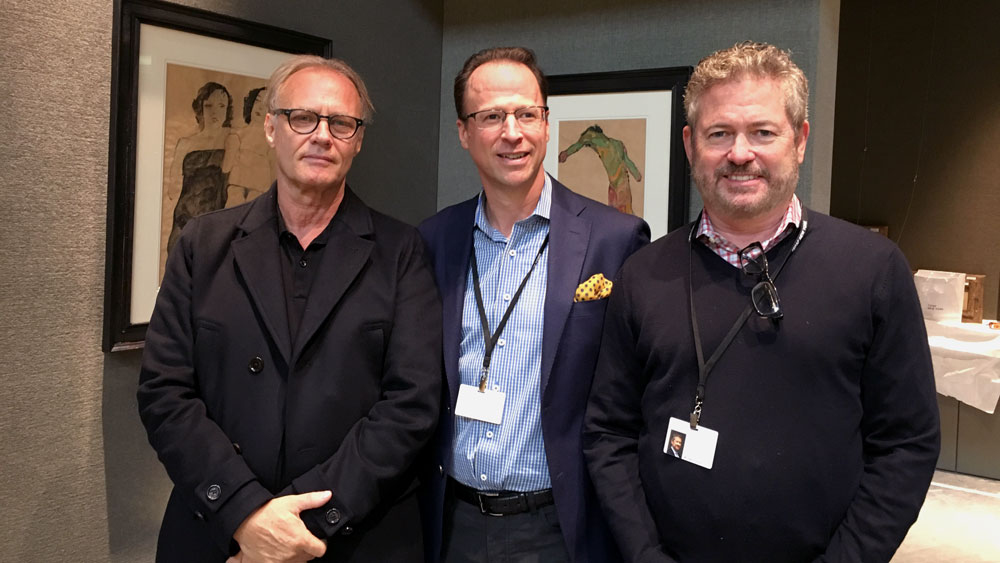 When the European Fine Art Fair (TEFAF) made its debut in New York last October, fair organizers charged Dutch architect Tom Postma with transforming its venue—the Park Avenue Armory, which in recent years has undergone a $210 million restoration by Herzog and DeMeuron—into a microcosm of its venerable Maastricht edition.

For Postma, the mastermind behind the Maastricht fair for nearly two decades, the challenge was to create a sense of continuity between the two venues, which could not be more different in terms of architecture.

The fair’s home base, the Maastricht Exhibition and Congress Centre, is a hulking volume that for all intents and purposes offers a blank canvas with more than 300,000 square feet of exhibition space. The Park Avenue Armory, by contrast, is a fraction of the size with exhibitors setting up stands in the 55,000-square-foot, barrel-vaulted Wade Thompson Drill Hall and in a warren of Renaissance Revival upstairs rooms.

For the 2017 edition of the fair—which opens Friday night with a vernissage benefiting the Society of Memorial Sloan Kettering Cancer Center—Postma has expanded on his vision with a few surprises. Robb Report caught up with the architect during the chaotic buildup to the event for a sneak peek at what visitors can expect.

You were able to achieve an extraordinary visual parity with the European edition of the fair. How has the aesthetic changed for this edition?

While the concept for the fair remains the same, with the use of shims on the walls, we have done quite a bit more with the lighting and flowers, which are a signature of the fair. Being Dutch, we wanted to bring a little bit of Holland to the event. However, the flowers—and the design for that matter—should never compete with the beauty of the art; they should complement it. So we use the flowers in a graphic way. For this edition, we have 16-to-20-foot-tall towers of flowers that will be suspended above the aisles. The role of the arrangements is not only to enhance the beauty of the space but to visually draw the eye.

Have there been changes to the layout?

The biggest change has been the addition of a balcony, which can be accessed through what had been just a window overlooking the drill hall on the staircase landing between the first and second floors. We have opened this up, and there will be a marvelous cocktail area so fairgoers can observe the action on the floor and, of course, be seen themselves. As far as the individual booths are concerned, we have added a bit of a contemporary edge architecturally, especially to those of dealers offering Old Master paintings so that the works themselves impart a more timeless quality.

Do you have a strategy when it comes to exhibitor stand placement?

The most important thing is to draw the visitor’s eye so that they are encouraged to move throughout the space. And it is equally important that the fair is beautiful from every vantage point. Corner booths, for example, are never closed off with curtains or walls. When it comes to exhibitor placement, we are mindful what they will be presenting and where it will look best on the aisles.

For this second fall edition of the fair, a 95-strong roster of the world’s preeminent art and antiques dealers will present fine and decorative art dating from antiquity to 1920, as well as rare books and manuscripts, jewelry, and more.