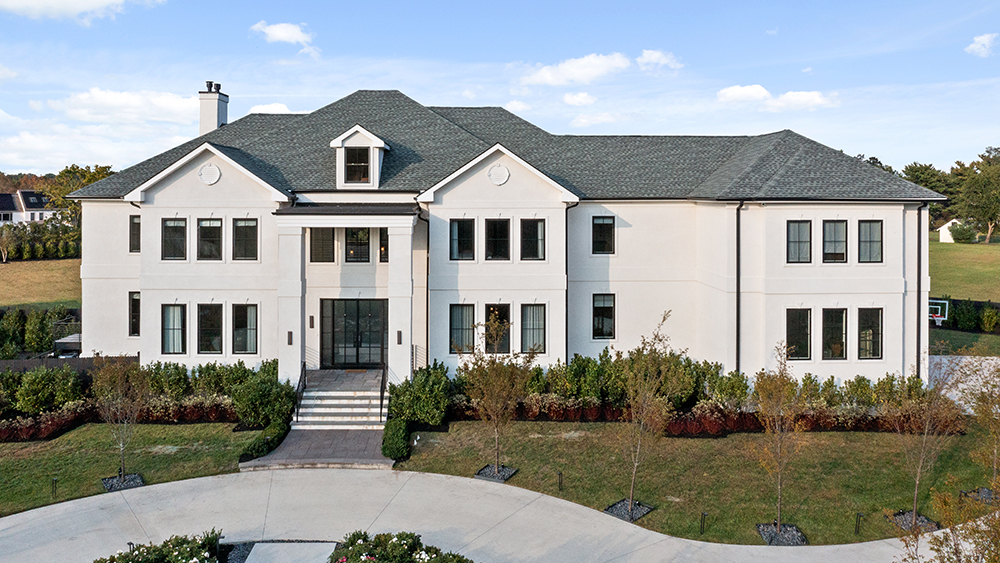 Ben Simmons may be leaving Philly for good this time.

The guard’s tumultuous relationship with his team, the Philadelphia 76ers, seems to have reached a tipping point. Simmons has reportedly requested to be traded, despite having four years left on his $177 million contract. It’s a decision that comes on the heels of a lot of back and forth—the athlete has missed four preseason games this year as well as team practices, resulting in $1.4 million in fines. But the strongest piece of evidence that he’s ready to jump ship? He’s just listed his home in the City of Brotherly Love for $5 million.

The 10,477-square-foot mansion is located in Moorestown, a New Jersey township that’s part of the greater Philly area. It’s a spacious, light-filled pad with a sweeping staircase in the main foyer. There are five beds and five baths altogether, most of which are located on the upper level, as well as a home office for the WFH set. The kitchen is equipped with Wolf and Sub-Zero appliances, and there’s a wine wall and walk-in pantry in the dining room.

What’s most notable about the home is its basement, which is great for hosting game nights and entertaining. There’s a private theater area with a custom-made couch for lounging and a massive fish tank, plus a kitchenette where Simmons keeps a wide array of candy (he mentions in a video for Slam that his favorite is Flake chocolate bars). Also on the lower level is a video game room—the athlete is a big gamer and has a particular affinity for Call of Duty. Simmons’ gaming hobby extends into business ventures as well: He’s a brand ambassador and investor for esports entertainment organization FaZe Clan and goes by the title FaZe Simmo in that capacity. The nickname explains the cartoonish neon sign in the game room foyer, which reads “Simmo the Savage!”

Simmons is also offloading another home in the area as part of his exodus, a $3.1 million condo at the Ritz-Carlton Residences Philadelphia. He splurged $17.5 million on a sprawling place in Los Angeles earlier this year, so it’s likely that he’ll decamp there for the time being.

Check out more photos of Simmons’ digs below:

One of the bedrooms  Photo: Dave Apple

One of the bathrooms  Photo: Dave Apple