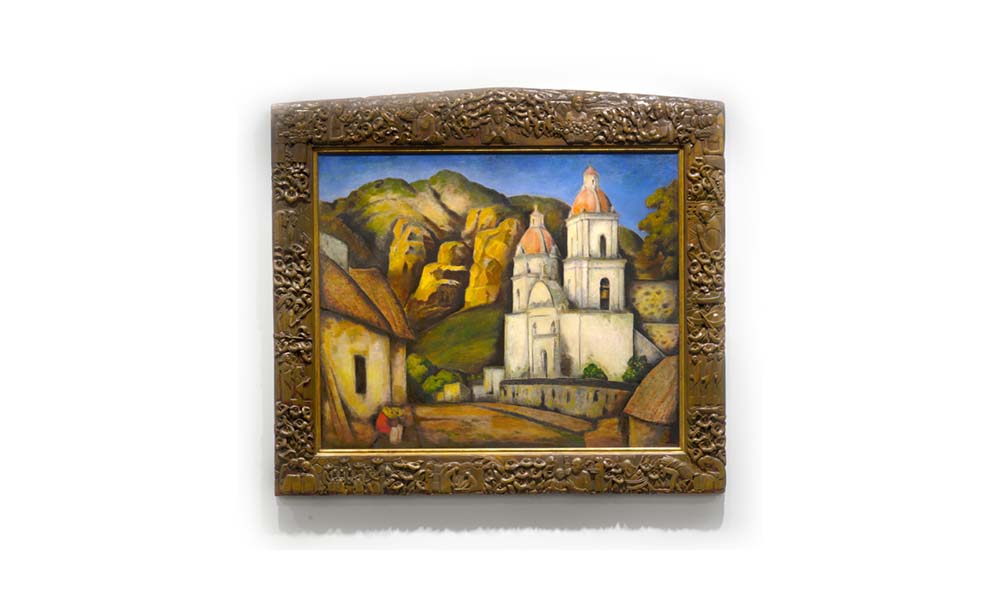 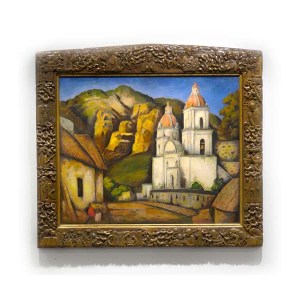 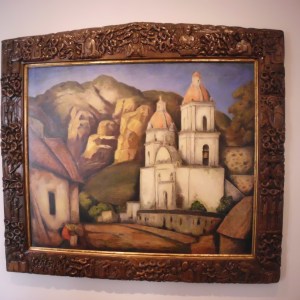 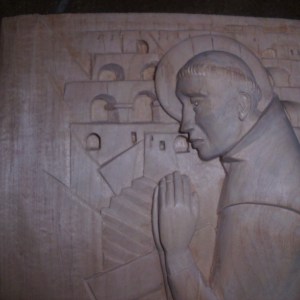 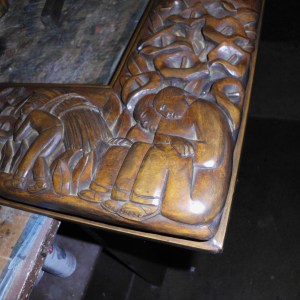 One of the paintings at current exhibition at the Pasadena Museum of California Art is Philanthropist Dwight Stuart’s “La Iglesia de Texcoco” by Mexican Modernist Ramos Martinez is remarkable not only for the subject matter but also for the hand-carved frame that surrounds the canvas. The frame was created by Bernard Vandeuren, one of the country’s leading archival framers.Bernard Vandeuren’s legacy will be the meticulously researched and crafted frames, such as the one in this Martinez art exhibition, which he and his team of artisans create and produce for priceless paintings owned by today’s collectors and museums and sold by high profile dealers.

In the case of the Martinez painting, Vandeuren was inspired by a 17th century Italian dome-shaped frame purchased by Vandeuren at an auction house in Europe. The frame’s original sculptural elements and iconic symbols could be used to reflect Martinez’ own creative depiction of modern day Mexican life seen from the time Martinez spent in Los Angeles (1926-1946). His team of craftsmen spent eight months carving, gilding and applying a custom blended gold leaf finishing from France to the frame to achieve a masterpiece worthy of Martinez’ painting.

Martinez is considered the “father of Mexican Modernism” and was a contemporary of Diego Rivera, and Vandeuren’s design for the frame, conceived as a counterpoint to the subject of the painting, uses key protagonists in the same way that the painter does in this painting. In fact, Vandeuren’s team carved each person appearing in the frame to mimic the flat, broad style that Martinez used to paint each person on his canvas.

Each side of the frame reinforces the message that Martinez is portraying the painting. The bottom portion of the frame, for example, is dense with peasants and other citizens inbondage. To the left and right sides of the frame, members of the clergy are intertwined with bandits, demonstrating the power and influence the clergy exert on the population. The domed portion of the frame illuminates a utopian Mexican society with beautiful women decorated with magnificent calla lilies.

Bernard Vandeuren, originally Belgian, founded Vandeuren Galleries in 1999 in Los Angeles near the Pacific Design Center with the goal of becoming one of the country’s leading framers by using old-world techniques for carving and gilding along with other framing materials free from acid and bleach. Today, Vandeuren’s business has grown to handles frame projects around the world for major celebrities, collectors, dealers and museums with a team of highly trained artisans in his atelier. www.vandeuren.com