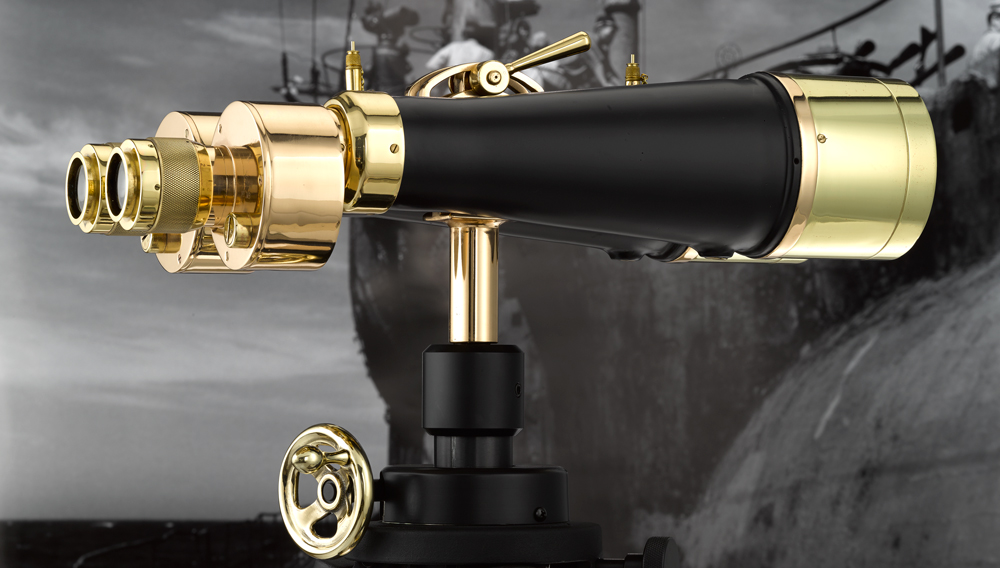 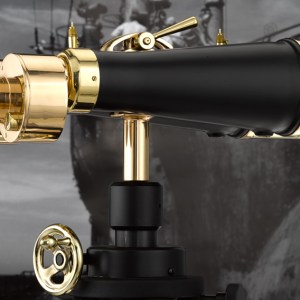 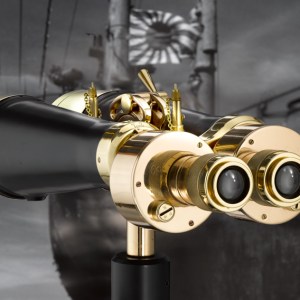 The battle-tested binoculars were manufactured between 1923 and 1927 by the Japanese firm Nippon Kōgaku Kōgyō Kabushikigaisha, whose name was later shortened to Nikko, and ultimately became Nikon. The company’s reputation for creating the finest optics available at the time was forged after World War I, when it was given contracts to supply the Japanese Navy with range finders, binoculars, periscopes, and aiming telescopes. Nighttime combat binoculars, in particular, played a critical role in Japan’s military strategy of the day. According to an official document of battle instructions from 1934, the Imperial Navy’s focus was to be on twilight attacks followed by night warfare depending on visibility. The optical quality of this model’s oversize lenses was so superior to any other nation’s handheld surveillance equipment, they were trusted more than surface radar when it came to enemy detection.

“All of its parts are cast in bronze and brass around a cast aluminum body, which we have coated in a flat black ceramic, much like the original appearance,” says Brawer. “This set was acquired as a trophy of war by an American officer who brought them back following the cessation of hostilities.”

The one-off optics have been reserved for RobbReport.com readers through mid-July, and inquiries regarding purchase can be made directly to the gallery by phone or online. Interested parties who visit the gallery in person will also be able to see a rocket-powered ejection seat from a Royal Air Force bomber and a table made from the pistons of a World War II–era fighter plane—parts of a collection that gives new significance to the phrase “the art of war.” (212.772.2664, info@nicholasbrawer.com, nicholasbrawer.com)