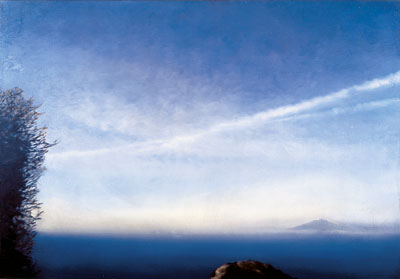 Sometime in the 1980s, Warren Adelson, founder of Adelson Galleries in New York, received a call from a New Jersey woman who claimed to have an oil painting by Mary Cassatt that depicted two women feeding ducks from a boat. The caller explained that her father had served in the military during the American liberation of Paris, which began in 1944, and had purchased the painting during his service there. “It sounded like baloney to me, but I asked her to bring it in, and she did,” recalls Adelson. “It was spectacular—it took my breath away, and it was totally unknown. It had been in this modest home in New Jersey.” Adelson ultimately sold the painting, now known as Summertime, to the Terra Museum in Chicago in 1990. (The museum has since closed, but its foundation makes its collection available for exhibit.)

Discoveries of this caliber do not occur every day, but during his four decades as an art dealer, Adelson has handled hundreds of previously unknown works by Cassatt, John Singer Sargent, and other American masters from the 18th, 19th, and 20th centuries. In fact, Adelson has another once-in-a-lifetime discovery to his credit: an early version of Sargent’s oversize 1882 painting El Jaleo, the finished original of which resides in Boston’s Isabella Stewart Gardner Museum. Adelson located the 7-foot-tall canvas in France and confirmed its provenance; the painting later sold for $7.6 million at auction in May 1994.

Adelson had no notion of how successful he would become when he opened his first gallery, on Newbury Street in Boston, in 1965 as a 22-year-old college graduate. In fact, he jokes that he launched the gallery because “I didn’t know any better.” By 1974, however, he had learned enough to prompt New York’s Coe Kerr gallery to offer him the position of director, which he accepted. In 1990, Adelson departed Coe Kerr to reopen his namesake gallery on the third floor of the Mark Hotel; Coe Kerr closed a few years later. Recently, Adelson Galleries expanded its reach to the Winter Antiques Show and additional venues. It made its second appearance at the New York fair in January, and it will once again present a monthlong August exhibit on the island of Nantucket, Mass. The 2005 Winter Antiques Show booth displayed works by Childe Hassam, Winslow Homer, and Georgia O’Keeffe, and an 1883 Sargent charcoal sketch of the notorious Madame X, but these were dwarfed by Giovanni Boldini’s 1905 canvas The Black Sash, which measures almost 7 feet tall and was priced at $1.5 million.

An encounter during the gallery’s debut at the Winter Antiques Show illustrated to Adelson just how far he has come as an art dealer. A gentleman approached him, introduced himself, and said that Adelson had sold him a Hassam painting in Boston in 1967 for $300. “A day later, that man came back and bought a Childe Hassam for $1 million,” Adelson says. “The juxtaposition was really head-ringing.”

The Richard Gray Gallery booth at the Art Show 2005, the show for Art Dealers Association of America members held every February in New York, included works by Picasso, de Kooning, Miró, David Hockney, Gerhard Richter, Claes Oldenburg, and Jim Dine. Upstaging them all was a standard-size chessboard on which figures from history and pop culture are pitted against each other. Sitting Bull faces General Custer, Martin Luther King locks eyes with Hitler, and Freud appears on both sides. The artist, Italy’s Maurizio Cattelan, calls the 2003 piece Good and Evil. The Art Show display captured the strength of the 42-year-old gallery, which offers works by renowned artists and those who are likely to become famous. “We are driven by the same thing that drives most of the collectors who we work with,” says Paul Gray, the gallery’s co-owner and codirector and the son of its 76-year-old founder. “We love to have our eyes opened by the artists’ views of the world, and we love being moved by their work.”

One half of the spacious corner booth occupied by Noortman Master Paintings at the 2005 TEFAF Maastricht fair displayed Dutch and Flemish old master paintings by such artists as Jan Steen, David Teniers the Younger, and Salomon van Ruysdael, while the other half featured Impressionist and Postimpressionist works by van Gogh, Degas, and Renoir. The selection might seem schizophrenic, but it is never chaotic and always riveting, not unlike TEFAF itself, which Robert Noortman, director and founder of the Maastricht-based gallery, helped create in 1975. “The balance was always there,” Noortman says of his gallery’s twin concentrations. “Those are the two fields that interest me the most. It’s where my heart is.” Doing justice to both poses a challenge when selecting the artworks to be shown at the fair, according to Noortman, who says, “It’s always a struggle to do, and to hang them in a nice composition.” Attention to detail reaps rewards, however: By the close of the fair, the gallery had sold 36 works.

The argument concerning whether photography was a legitimate art form still was raging in 1979, when Jeffrey Fraenkel founded the Fraenkel Gallery in San Francisco. At the time, he did not need to be convinced of the craft’s artistic value, and since then, his establishment has grown into one of the leading photography galleries in America. Its booth at the 2005 Art Dealers Association of America show in New York in February featured images by Diane Arbus, Edward Weston, Lee Friedlander, and Eugène Atget, among others, and according to director and gallery partner Frish Brandt, “We sold some of everything.” Brandt, who has been with the gallery for 21 of its 26 years, is reluctant to assess its role in elevating photography from a cult curiosity to a mainstream fine art medium with masterworks capable of commanding six figures at auction, but she says, “When we started, there was no such thing as a blue-chip photographer—it was an oxymoron. It’s been so much fun being involved with an art form as it has evolved.”