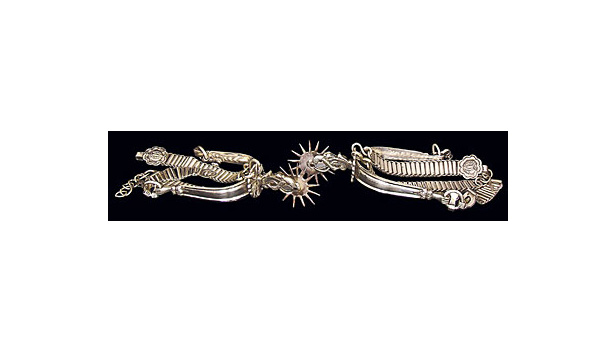 Robert and Cheska Vallois’ fondness for Jean-Michel Frank’s Art Deco furnishings began more than two decades ago, when the couple acquired 15 of his sofas, low tables, and lamps for their Paris apartment. While living with the furnishings, the pair became captivated by the French decorator’s designs. Last fall, the dealers’ gallery, Galerie Vallois (+33.1.43.29.50.84, www.vallois.com), offered 30 Frank furnishings, most of which had not been on the market in decades, if ever. “We wanted to give the public the opportunity to discover only his best, rarest, and most important works,” says Cheska, whose 36-year-old gallery showcased a pair of side tables with tops made from pieces of ivory that had been assembled in an irregular, shimmering pattern, and a curved rosewood chest sheathed in shagreen, the scaly, granular skin of the stingray. Some pieces had never appeared at auction or been pictured in print before the gallery produced a catalog to accompany the exhibit. “Everyone who attended the Paris Biennale was conscious of both the rarity and quality of the pieces,” says Cheska, who sold the entire collection in the first two hours of the 10-day show. “They had the feeling of being transported back into a 1930s living room.”  —William Kissel

Holding a $4,000, silver-handled, late-19th-century whip, Javier Eguiguren Molina, director of the Buenos Aires, Argentina, gallery Eguiguren Arte de Hispanoamérica (+54.11. 4806.7554, www.eguiguren.com), discusses his fascination with the leatherwork. “The gauchos converted the leather of cows and horses into fiber,” he says, explaining that they lacked wool and cotton. “They would cut long strips with a knife to produce animal fiber. When the leather is thinnest, the quality is better.” He estimates that whoever made the body of the whip spent three months weaving 16 threads together. “Because this is extremely difficult,” he says, “there were a lot of silversmiths but few sogeros [leatherworkers].” Still, Eguiguren’s wares testify that the silversmiths were hardly slouches. Flaunting their wealth, estancia owners would don their finest tack for parades and fancy-dress occasions. The men favored silver stirrups, and their wives, who would ride sidesaddle, wore silver slippers. “Silver was the noble metal,” Eguiguren says. “Gold could be part of the decorations, but pieces in gold would be pretentious. I’ve never seen a whip in gold, never.” —Sheila Gibson Stoodley

Michael Playford began collecting Art Deco pieces because he adored them, but his first experience as an antiques dealer was born from heartbreak: He had invested in a fashion business that failed and was forced to sell his collection to stay afloat. Playford was able to see the bright side of the situation, however. “I never lost my love of [Art Deco material],” he says, adding that his 26-year-old London gallery, Two Zero C Applied Art (+44.20.77.20.2021, www.twozeroc.co.uk), has opened doors for him that he could never have entered as a collector. “I’ve been able to travel and learn and gain an entrée to another walk of life,” he says. Two Zero C handles furnishings and decorative pieces from 1850 to 1950. His inventory has included a 1923 secretaire (writing desk) made from purple heartwood and accented with silver gilt that is attributed to Paul Iribe and Etienne Pelletier, and a pair of 1905 chairs made from walnut, ebonized copper, and pewter by the Italian designer Carlo Bugatti. Additional past finds included a pair of wrought iron gates fashioned in 1915 by Emile Robert, which Playford spotted at a now-defunct French fair in 2002 and sold to a collector who loaned them to the Brooklyn Museum. “I was in early, and they hadn’t even been unpacked yet. All I could see was 12 inches of the top of the gates, and I knew they were Robert,” Playford says. “Once you’ve been doing this enough, the hand of the artist is unmistakable.” —Sheila Gibson Stoodley