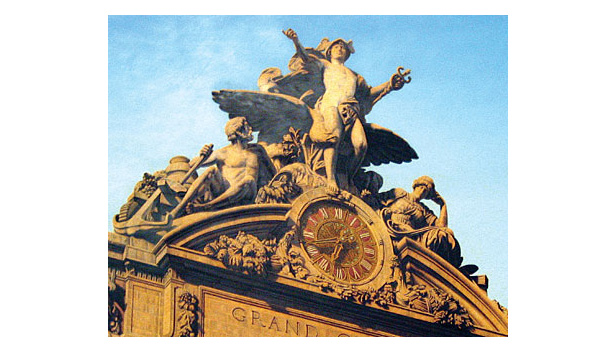 New York artist Colin Brown had become frustrated with his charcoal nightscapes. The blacks, he decided, were not sufficiently dark, and the white streetlights appeared as a feeble gray. “It looked terrible,” Brown says. “It was very labor-intensive, it took forever, and the results were poor.” To address these problems, he invented a technique in which he reduces black paint to its basic ingredient (a powdered form of carbon) and then pours the powder onto a board layered with a quarter-inch of wet plaster. After the plaster dries, Brown cuts into the surface wherever he wants to show light, thus producing the intense blacks and brilliant whites that he had found lacking in his earlier work.

Soon after he began experimenting with the blackened boards, Brown recalls, his neighbor, photo-realist artist Glen Hansen, told him, “If you do more in this medium, you’ll have a show in no time at all.” Brown, who was struggling in his career at the time, listened to Hansen’s advice and allowed Lawrence DiCarlo, director and part owner of the Fischbach Gallery, to visit his studio and view his paintings. Fischbach, which opened nearly 50 years ago on Madison Avenue and now is located in Manhattan’s Chelsea neighborhood, focuses on contemporary representational art, works by painters who depict people, landscapes, and objects in a realistic manner.

Brown initially was reluctant to show his boards to DiCarlo. Ten years earlier, the artist had a humiliating experience with another gallery that had mounted a show of his work and failed to sell a single item. He therefore preferred to remain unaffiliated with any gallery. He had avoided the Fischbach Gallery in particular, because it had long represented his mother, artist Alice Dalton Brown. Nonetheless, he  eventually opened his door to DiCarlo.

“I’ve known Colin since he was 12,” says DiCarlo, who was wowed by what he saw but hesitant to represent the artist for the same reason that gave Brown pause. “As much as I wanted to work for him, I thought it would be peculiar to work for both the mother and the son, [that it might] put a strain on everybody’s relationship. I was worried for about half a minute, until I realized that it would be foolish not to [promote Brown], because his art was so extraordinary.”

At a recent show in New York, DiCarlo sold all of Brown’s nightscapes and all of Hansen’s renderings of Manhattan landmarks, such as Grand Central Terminal and the New York Stock Exchange, during the first 44 minutes of the opening night. “It would have been within 34 minutes if a collector hadn’t asked for a 10-minute hold,” DiCarlo says. “[Subsequently] she said no, and [the last artwork] was bought by someone who was right behind her. It was phenomenal. I have signed up eight people to commission Colin Brown, and many more are pending. As for Glen [Hansen], his next three works are spoken for.” Brown commissions cost around $100,000, and Hansen works cost as much as $75,000.

Brown attended the show, which, needless to say, was a more pleasant experience for him than that 1994 gallery exhibit. “I was completely unprepared. It was too much to take in, almost,” he says. “My wildest fantasies fell considerably below that mark, and I am prone to wild fantasies.”