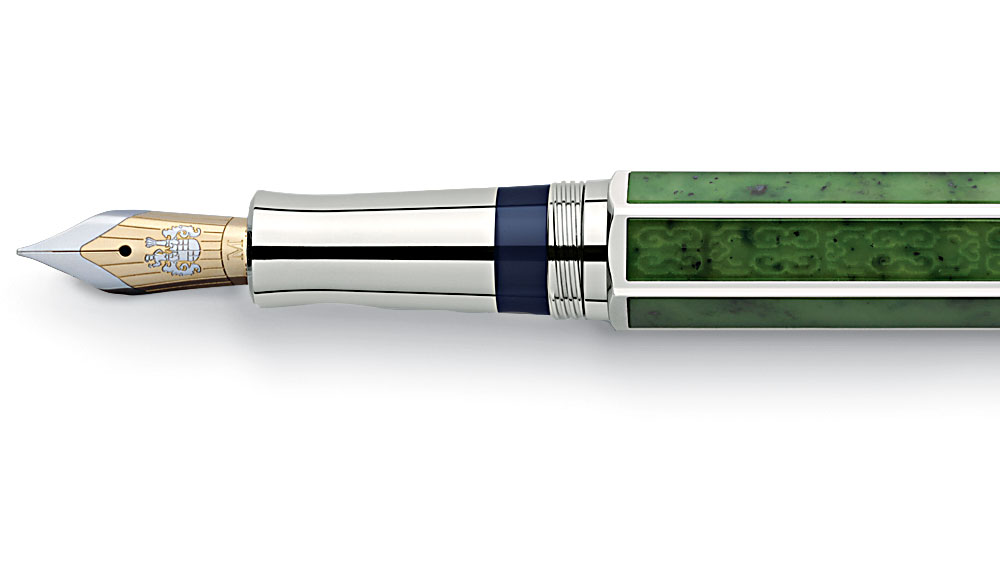 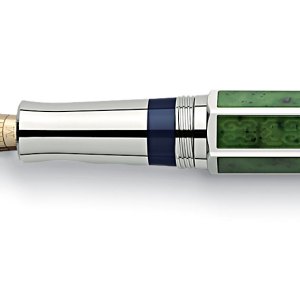 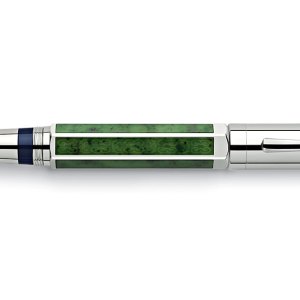 Each year, the artisans of Graf von Faber-Castell produce a writing instrument using an unusual material, such as horsehair or satinwood. This year, for the company’s 250th anniversary, the Graf von Faber-Castell Pen of the Year 2011 (800.331.8684, www.graf-von-faber-castell.com) incorporates jade, a gemstone with associations of longevity and vitality. The gently mottled, emerald-colored nephrite jade, which was mined in Siberia and shipped to master gem carvers in Germany, has been cut into rectangles and gemstone shapes. In reference to the eight generations of the Faber family that have led the company, each pen features eight pieces of jade: six rectangles, set into the six sides of the platinum-plated barrel, and two faceted gems that adorn the top of the cap and the end of the barrel. The $3,995 release is limited to 1,761, a tribute to the year that Kaspar Faber founded the company in Stein, Germany.