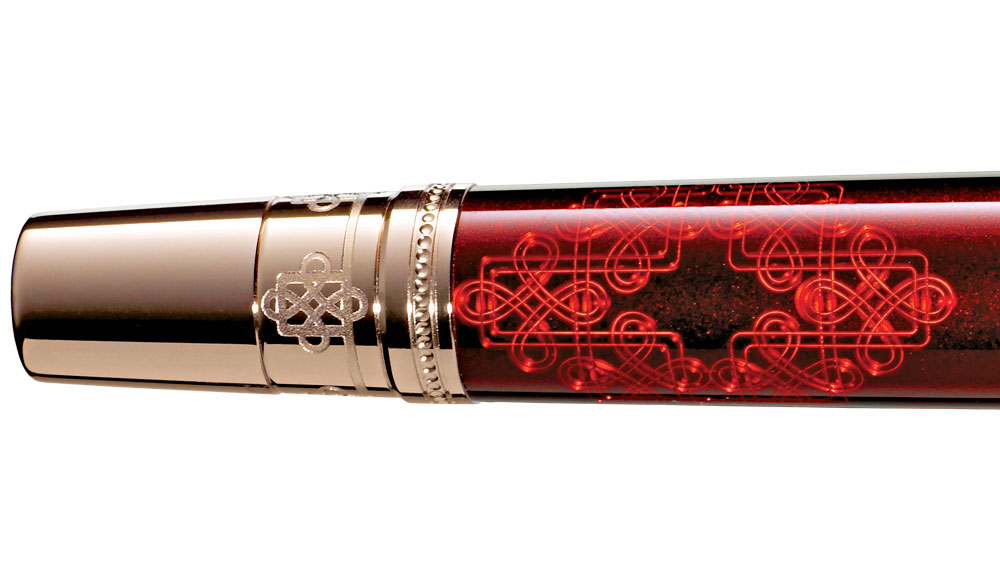 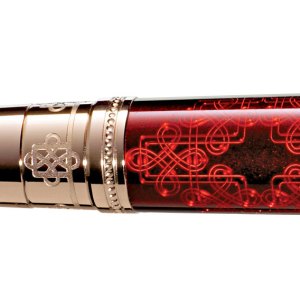 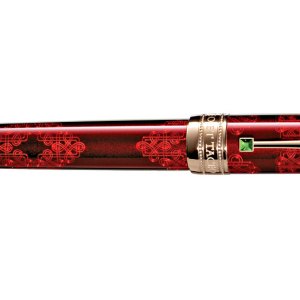 Since 1992, Montblanc has honored tastemakers from Augustus to Andrew Carnegie in its Patron of Art series of writing instruments. Now the German penmaker’s 2010 release, the Montblanc Patron of Art Elizabeth I Limited Edition 888 (800.995.4810, www.montblanc.com), pays tribute to the Virgin Queen who ruled during the English Renaissance, the age of Shakespeare, Spenser, and Donne. The red-lacquer cap and barrel, each made of pure rose gold, are decorated with a filigree design adapted from the embroidered binding of the queen’s girlhood prayer book. A relief of a Tudor rose atop the cap symbolizes the royal lineage, and an engraved drawing of Elizabeth I’s crown adorns the 18-karat solid-gold nib. But owners of the 888 examples of the $8,100 Elizabeth I pen may value their purchase for more than the design: Nine years after its 1992 debut, a Montblanc Patron of Art Lorenzo de Medici pen sold at auction for six times its initial price.