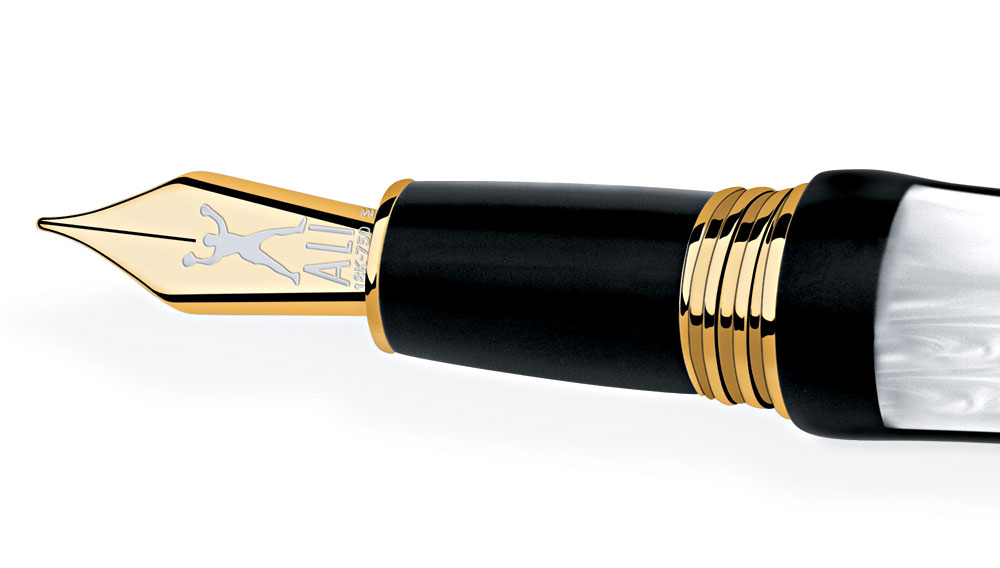 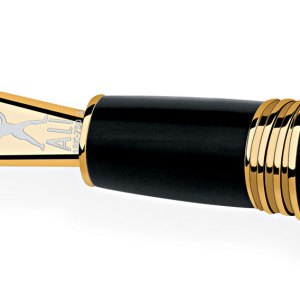 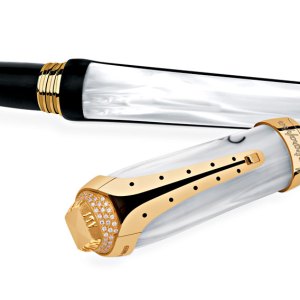 Muhammad Ali has always understood the value of words. In an interview before the boxing legend’s 1974 “Rumble in the Jungle,” Ali taunted George Fore­man by saying, “If you even dream of beating me, you better wake up and apologize.” During the bout, Ali’s verbal jabs were as devastating as his well-placed haymakers: Round after round, his trash talk enraged Foreman into expending too much energy too soon, and Ali capitalized on it, delivering a decisive knockout in the eighth round to regain the heavyweight title.

It is that electrifying combination of personality and accomplishment that makes Ali the heavyweight of American culture he is today—and that inspired Montegrappa to honor him in the inaugural design of its new Icons series of writing instruments. As Ali was fond of saying, “It’s not bragging if you can back it up.” And the craftsmen at Italy’s oldest pen manufacturer certainly can: The Icons Tribute to Muhammad Ali Knockout Edition pen ($25,000) is made of solid gold finished in a pearlescent white resin, formulated to retain the heat of its user’s touch, and assembled in a process that gives it a seamlessly smooth grip. A black stripe running the length of the barrel recalls Ali’s trademark white-and-black boxing trunks, while two bands around the barrel are based on the athletic socks he wore in the ring. The crown of 56 diamonds set on the pen’s cap resembles the ring Ali wore after becoming the first three-time heavyweight champion. Over the course of his two-decade career, Ali ended 37 of his 56 victories with a knockout, and so Montegrappa will produce 37 Knockout Edition pens. Each will be numbered and engraved with the opponent’s name, date, and location of the fight.

Montegrappa’s second edition of the Icons series celebrates martial-arts master Bruce Lee, and soon the third will honor Frank Sinatra. But neither can match the eloquence of the original.