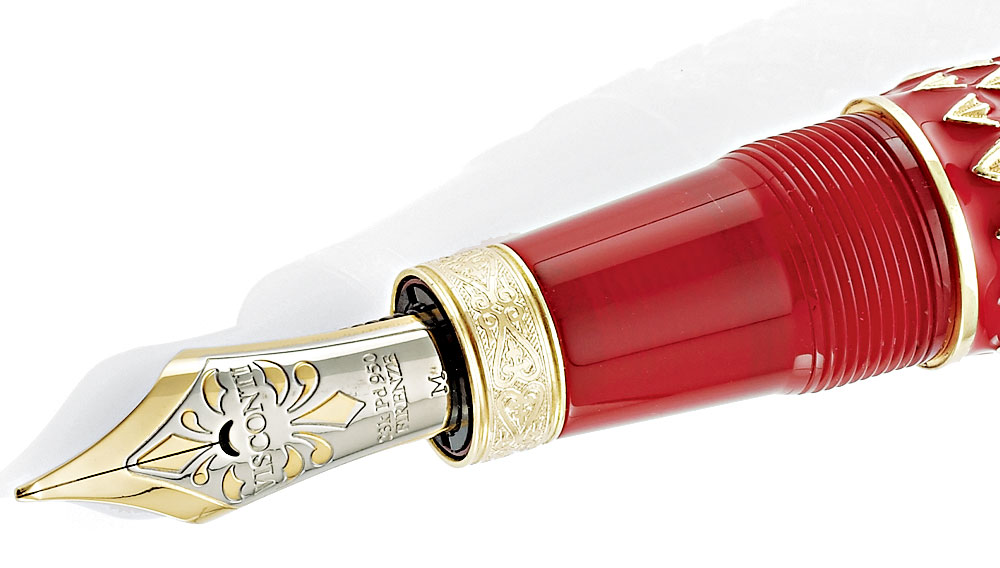 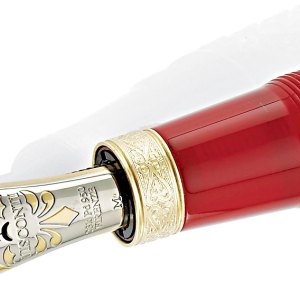 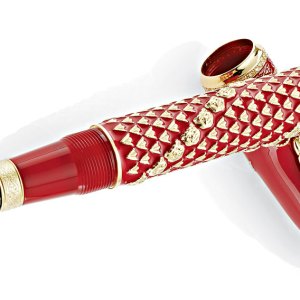 The inspiration was rather esoteric: The Visconti Golden Man HRH (+39.055.45652.31, www.visconti.it) pays tribute to a significant archeological discovery made 42 years ago in Kazakh­stan. In a Scythian burial mound, the remains of a warrior were found, adorned from head to toe in 4,000 pieces of gold. Most likely a prince from the fourth century B.C., he was named the Golden Man and soon became a powerful cultural symbol in Kazakhstan, depicted on monuments and the presidential flag. Visconti, the Italian penmaker, adorned its tribute writing instrument with enough gold and gems to satisfy a modern-day prince. The red-lacquer barrel and cap of the pen, which recall the prince’s warrior clothing and peaked hat, are inset with 250 white diamonds and patterned with gold. Priced around $44,000 and limited to only 18 examples worldwide, the Golden Man HRH is equipped to write its own backstory.