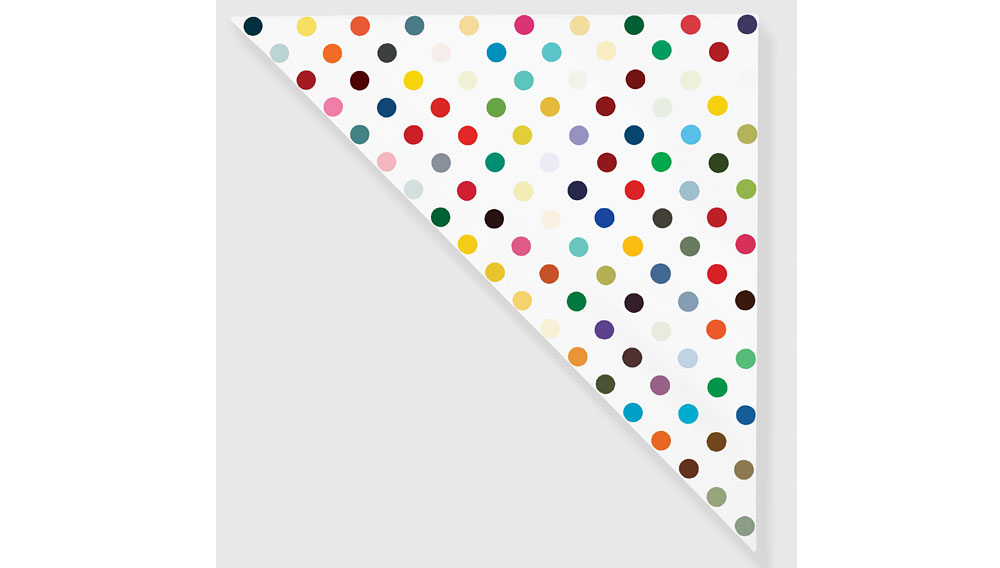 It was not D-Day, but it was a complicated maneuver covering three continents and six time zones. On January 12, Damien Hirst: The Complete Spot Paintings 1986–2011 opened simultaneously in all 11 Gagosian Gallery spaces around the world, a feat of unprecedented ambition for a private art gallery. The New York, London, Athens, Paris, Geneva, Rome, Los Angeles, and Hong Kong locations displayed more than 300 of the British contemporary artist’s painted grids of spots rendered in a range of sizes, compositions, and colors. The show required three years to prepare and featured the contributions of more than 150 lenders in 20 countries. In the months leading up to the unveiling, Millicent Wilner, a London-based Gagosian Gallery director, and occasionally Hirst himself plotted the layouts with miniature replicas of each gallery and tiny reproductions of the paintings—the art-world equivalent of generals moving little ships and planes across maps in a war room.

Only Gagosian has the resources and the willingness to entertain the notion in the first place. (The project was originally Hirst’s idea.) But that show was just one of many A-list offerings at the gallery, which Larry Gagosian founded in Los Angeles in 1979. Over just three months, Gagosian exhibited works by Richard Serra, William Eggleston, Roy Lichtenstein, Richard Avedon, and Andy Warhol. One show, which ran at the Madison Avenue location last winter, featured the personal collection of Robert Rauschenberg. His treasure trove of 20th-century art, which contained pieces by René Magritte, Jasper Johns, Cy Twombly, James Rosenquist, and Ed Ruscha, had never been shown in public before. “It is amazing why that is, and I don’t know if nobody thought of it or if there was some obstacle to it,” says John Good, a director at Gagosian in New York. It was simply a great idea—from a gallery that has come to specialize in them.