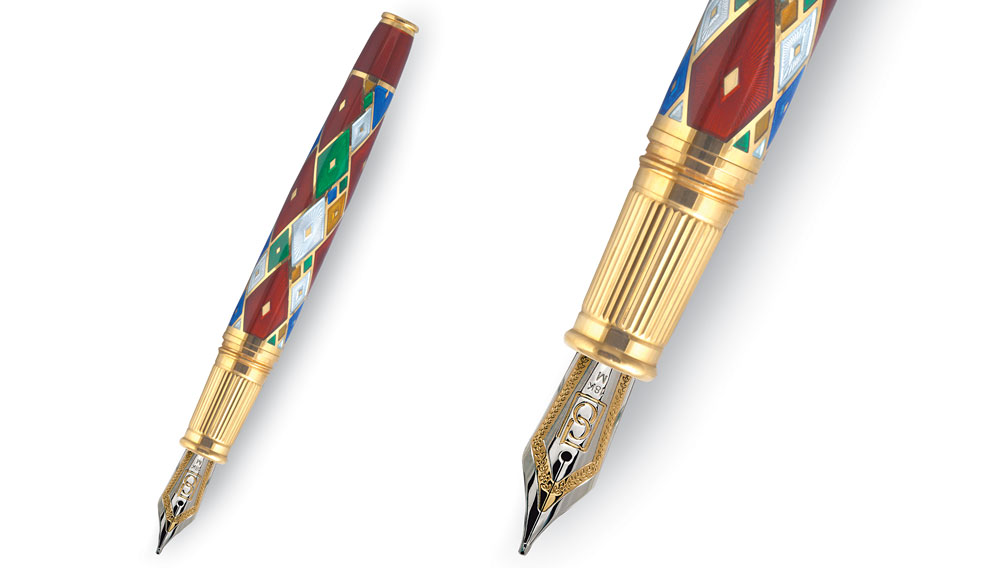 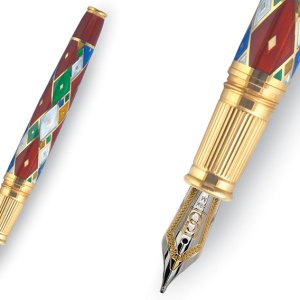 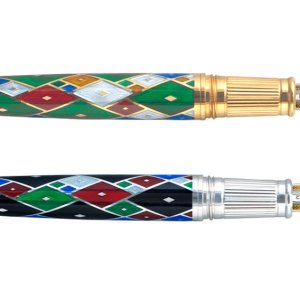 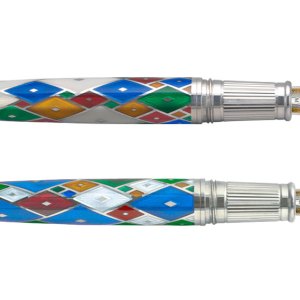 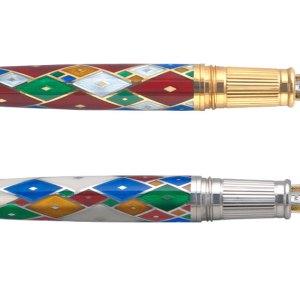 David Oscarson, the irreverent St. Louis pen maker, is known to produce designs based on themes such as the Mayan apocalypse. But his most successful creation was Pierrot and Pierrette, a 2005 release of his and her pens that celebrated the romance of the eponymous couple. Late last year, he followed it up with Harlequin, a pen based on the mischievous third character in the famous commedia dell’arte love triangle who eventually wins the heart of Pierrette. The new design sports a playful diamond patchwork pattern inspired by Harlequin’s costume, depicted in five bright shades of enamel. Each color requires multiple firings at specific temperatures to bring out the material’s translucence; the slightest deviation can muddy the hue. The multicolor designs come in five variations (red, green, blue, white, and black), with each version limited to 88 examples as either a fountain pen ($5,400) or rollerball ($5,200). (636.458.4345, www.davidoscarson.com)