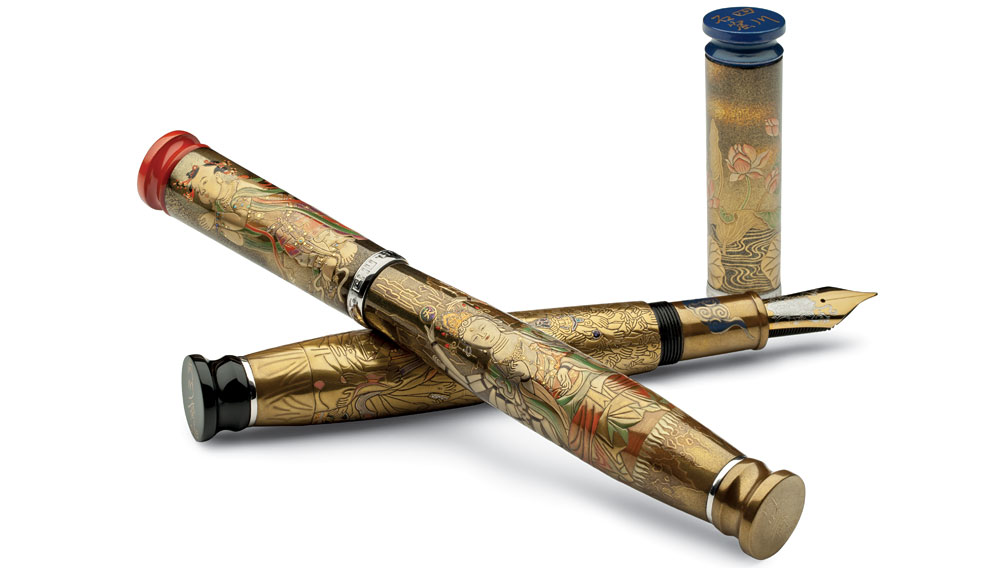 The Asian decorative art of maki-e is an ancient one, involving intricate designs created from thin layers of gold dust (or other metallic powder) coated in lacquer from an urushi tree. During the last century, the technique was embraced by makers of fine writing instruments, including Loiminchay. Its Bodhisattva collection is the third in the 11-year-old company’s line of maki-e writing instruments inspired by Buddhism. Each pen in the two-pen set depicts a bodhisattva—represented as a 1,000-handed enlightened being—on its barrel. The design is based on ancient Chinese cave carvings, and the intricate nature of the artwork, including the rendering of the bodhisattva’s many individually posed hands, results in an extremely long production time. The first examples took more than two years to complete; thus, the $91,000 set will be limited to just 18 examples worldwide. (212.941.7488, www.loiminchay.com)