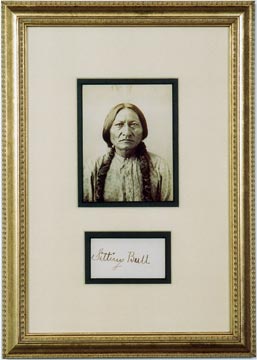 Bringing history to life, one page at a time.

Leaning over a table covered with sheets of paper, Kennneth Rendell explains how he determined that a supposedly rare and valuable Elvis document was as legitimate as an Elvis sighting. Four years ago, Rendell, the 61-year-old owner of the Kenneth W. Rendell Gallery in Manhattan, was offered pages of lyrics that Presley had allegedly written in longhand. Rendell deals in rare and historic letters, manuscripts, documents, and papers, and has authored a book, Forging History, in which he relates his role in detecting the falsity of the Hitler diaries, among other cases. He was interested in the Elvis stash, which had surfaced in Germany, but was skeptical. “Graceland says there are only six letters in his own hand. I know that’s true, because I found all six of them,” he says without smiling. “They were all written to friends, and I think all of them start with ‘You know how I hate to write.’ ”

The sheets of paper on the table are photocopies of Presley’s handwriting and of the discovered lyrics. “Elvis was all over the place in his letter forms,” Rendell says, pointing to a column of wiggly lowercase script. Then he points to the lyrics. “These are way too consistent.” This and other clues convinced him that the German papers were bogus, and so he declined to purchase them. “I’m a big Elvis fan. I was very disappointed they were not genuine. If they were legitimate, they would have sold really well,” he says, noting that a real handwritten copy of “Love Me Tender” might have fetched as much as $150,000.

If the lyrics were authentic, they would be just the sort of item you would find at Rendell’s gallery, which is a delightful study in juxtaposition. Towering figures from the worlds of politics, literature, science, the military, and the performing arts gather under one roof as they never could during their lifetimes. Letters from Sylvia Plath, J.D. Salinger, Claude Monet, George Washington, Winston Churchill, and Helen Keller hang on the wall near documents signed by Queen Isabella I of Spain, Napoléon, Paul Revere, and explorers Meriwether Lewis and William Clark. Also on display are a 100-yuan note signed in both Chinese and English by Mao Tse-Tung, a signature by director Alfred Hitchcock in which he includes a sketch of his trademark profile, a page from Ayn Rand’s Atlas Shrugged manuscript, and a page of a musical manuscript by Mozart.

Some items are amusing, such as a short note that Ronald Reagan wrote in July 1967 denying any interest in the presidency: “I’m naturally very honored when someone can even think of me in connection with that high office, but I’m not a candidate.” (Apparently, Reagan soon changed his mind, as he sought the Republican presidential nomination in 1968.) Others carry sage advice, such as a June 1957 letter from Ernest Hemingway to an aspiring writer: “Peter, the stolen horns bit is what makes literature; i.e. inventing truly from honestly acquired knowledge so that what you make up is truer than what you remember.”

Rendell himself has gleaned invaluable wisdom from reading the personal papers of the great minds in human history. “The most important thing you learn is that everyone’s teenagers are a pain in the ass,” he says, half in jest, adding, “Generally speaking, you see the human side.”

London dealer Ben Janssens stocks a broad selection of Asian artifacts. The Ben Janssens Oriental Art booth at the 2004 TEFAF Maastricht fair included a bronze ceremonial water vessel from the fifth century B.C.; a trio of 14th-century stucco Buddhas; a set of eight sancai-glazed pottery bowls, a marble bodhisattva head, and a limestone lion, all from the Tang dynasty; a gilt bronze ornament from the second century B.C.; and even some photographic images. Some of the items were household objects, and others were ceremonial, and religious objects were shown near secular ones.

As varied as Janssens’ wares are,  the dealer insists that each piece has three things in common. “An object is only interesting if it is of good quality, in good condition, and is rare,” he says. His clients clearly agree. Soon after the 2004 fair opened, red dots appeared on the labels of several items, indicating a sale.

Dealers who earn invitations to elite art and antiques fairs carefully select the contents for their booths, but for Alan Granby and Janice Hyland, a married couple who deal in maritime antiques and art, this planning borders on obsession. Their Hyannisport, Mass., home contains an area called “the barn,” in which they refine booth layouts before a fair. “We create a new look,” explains Granby, “and we keep records. We make sure that every piece we brought in 2004 will not appear in 2005, even if we still own it.”

Their inventory draws maritime collectors from around the country to the few fairs where Hyland Granby Antiques appears with a selection of scrimshaw, model ships, scientific instruments, paintings, folk art, and other nautical items. (They do not maintain a storefront.) Granby made waves in January 2003 when he paid a record price for a piece of scrimshaw at auction. “To pay $100,000 for a whale tooth, you have to be very smart or very stupid,” he says. “We must be smart, because we sold it.”

Anthony J.P. Meyer finds the exotic among the exotic. His Paris firm, Galerie Meyer Oceanic Art, concentrates on items from the South Pacific, where weapons, jewelry, and ritual objects were fashioned out of stone, bone, and wood.

Meyer, who heightened the hypnotic beauty of these items by displaying them against a black background in his TEFAF Maastricht booth, prefers things that are “unusual in my world.” For example, an uli, a wooden religious figure from Melanesia, earned a prime place in the booth because, unlike most others of its kind, it is smiling instead of grimacing. “I prefer what appeals to me,” says Meyer, “what I get an emotional charge out of.”