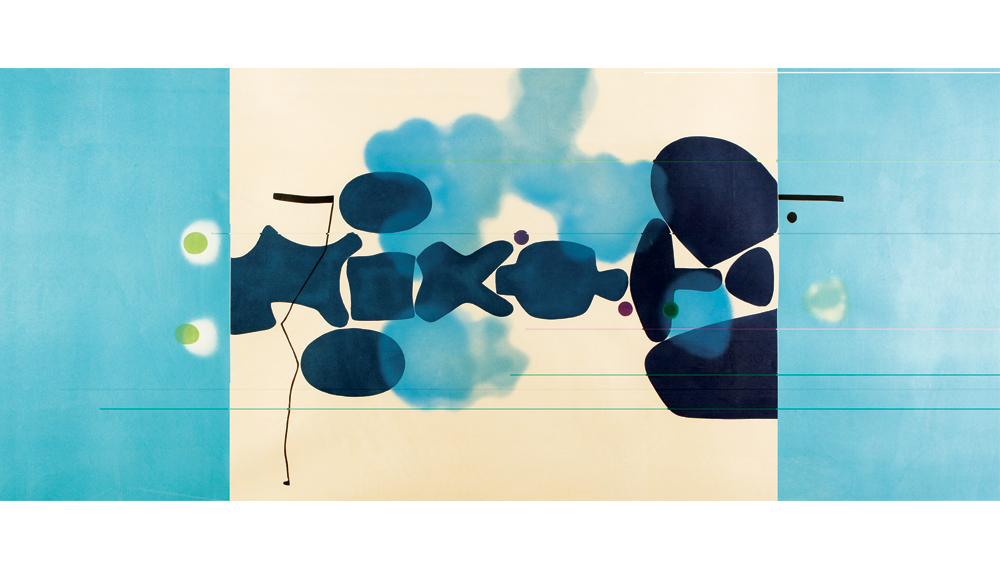 “When I’m leaving my bedroom I see it straightaway,”

Gerry McGovern, the design director of Land Rover, first saw Pulse on his computer screen. The Victor Pasmore print was so affecting, he could hardly take his eyes off it. For two years, “I would just look at it,” he recalls. “Only a few were produced and they’re quite sought after. But I kept looking at the picture of it, and kept seeing things in it, and I thought, I’ve got to have this.”

McGovern is drawn to modern art and midcentury design (he has brought a distinctly modernist touch to the Rover, particularly with the Evoque). His collection includes Sam Francis, Patrick Caulfield, and Patrick Harris. But Pasmore holds a special fascination. A darling of the Royal Academy and an accomplished representational painter, Pasmore turned his back on realism in the late 1940s to become an abstract artist. “He used to close his eyes and try to re-create the shapes he saw,” McGovern says. Pasmore, who died in 1998, likened his artwork to music, and his pieces are included in the collections of Tate Britain, the Museum of Modern Art, New York, and, as of six months ago, Gerry McGovern, who did indeed get his Pulse.

The substantial piece—about 8.5 feet long and nearly 3.5 feet high—is an etching and aquatint Pasmore made in 1985 and printed in collaboration with the great Italian printmaker Valter Rossi at 2RC Stamperia d’Arte in Rome. Its amorphous blue forms now float along a hallway in McGovern’s London apartment, where he hung it across from a mirror of the exact same dimensions. “When I’m leaving my bedroom I see it straightaway,” McGovern says. “It’s pretty much the first thing I see in the morning.”

Why does he have such an emotional reaction to it? McGovern cannot say. “But I do know,” he says, “that this picture makes my life better.”