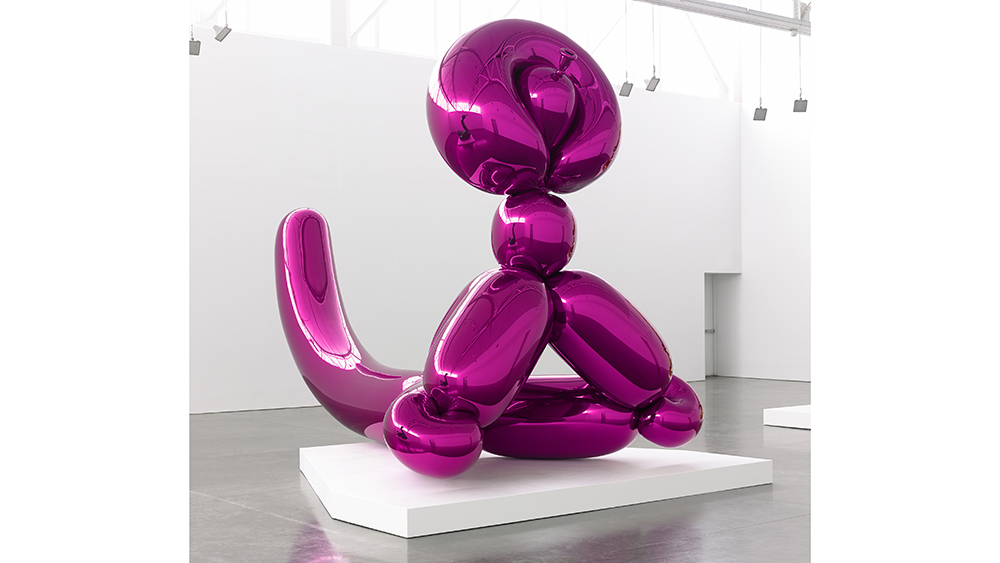 One of Jeff Koons’s iconic balloon sculptures will cross the block for a good cause.

On June 28, Christie’s will begin taking bids for Balloon Monkey (Magenta) at its 20th/21st Century: London Evening Sale. Current owners, billionaire Victor Pinchuk and his wife Olena Pinchuk, are selling the sculpture to raise funds for humanitarian aid for those directly impacted by the war in Ukraine. Proceeds from the sale will be used to assist soldiers and civilians that have been wounded during the conflict and require prosthetics, medical treatment and rehabilitation services. The massive artwork, which is nearly 20 feet tall, is expected to fetch up to $12.6 million when it crosses the block.

The Balloon Monkey (Magenta) is one of five such sculptures in a series created by Koons; the other four come in blue, yellow, red and orange. (The orange edition sold in November 2014 for a whopping $25.9 million.) In a statement to Christie’s, Koons said the sculpture represents a “profound affirmation that art is not only what we see, but what happens inside.” In this instance, the work will also represent a means to materially help the men, women and children affected by three-month old war.

“With the proceeds of the auction, we can help save lives,” says Victor Pinchuk in a statement. “We can help make lives destroyed by war whole again. Dozens, maybe hundreds of lives, each of which has a value beyond words. Jeff Koons’s Balloon Monkey (Magenta) is a celebration of life. We put life and hope against death and suffering. In art and in action.”

Since Russia first invaded Ukraine on February 24, the Ukrainian billionaire and Mrs. Pinchuk have raised more than $30 million to support victims of the war through their respective foundations. Launched in 2003, the Olena Pinchuk Foundation helps fight the spread of HIV/AIDS in Ukraine, while the Victor Pinchuk Foundation, established in 2006, aims to empower young change makers from Ukraine and beyond. Amid the current conflict, both organizations have used contributions to help supply medical kits to soldiers and civilians, and to provide support for 40 hospitals in the country.

“Victor and Olena Pinchuk have been working tirelessly to galvanize humanitarian aid for Ukraine, so it is a sincere privilege to have my artwork Balloon Monkey (Magenta) auctioned at Christie’s to support their extraordinary efforts,” Koons said in a statement. “Art’s true value is to be of service to humanity and there could not be a higher calling at this moment than to support the Ukrainian people.”

You can place your bids on the Balloon Monkey (Magenta) at Christie’s 20th/21st Century: London Evening Sale on June 28.