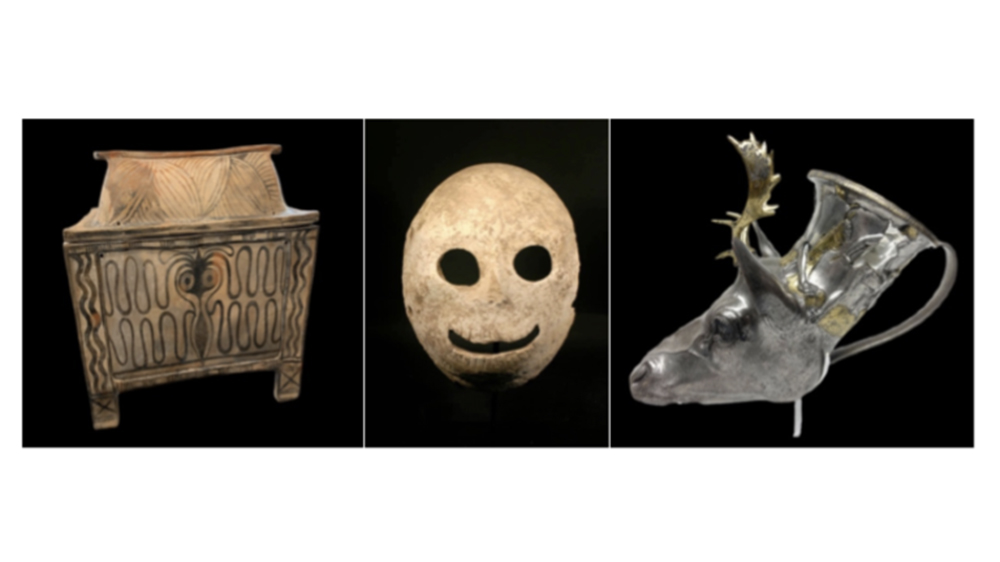 A chunk of ancient art is heading back to the countries it came from.

Michael Steinhart, a billionaire investor and antiquities collector, agreed on Tuesday to surrender 180 stolen relics worth a combined $70 million, reports CNN. But that’s not all. Steinhardt, a hedge fund manager who accrued one of the world’s largest collections of ancient art, also agreed to a lifetime ban on acquiring antiquities.

Steinhardt had been under investigation by the Manhattan District Attorney’s Antiquities Trafficking Unit, according to an official press release. The team looked into over 1,000 items acquired by the collector since 1987 and found him to be in possession of stolen artifacts that had been smuggled out of 11 countries by 12 different criminal networks. Some of the more noteworthy items (pictured above) include Stag’s Head Rhyton, a ceremonial vessel valued at $3.5 million; the Larnax, a small chest for human remains valued at $1 million, and a trio of death masks dating back to 7000 BCE that are valued at $650,000. The items will now be returned to their rightful owners.

“Steinhardt viewed these precious artifacts as simple commodities—things to collect and own,” Homeland Security Investigations New York Acting Special Agent in Charge Ricky J. Patel said in a statement. “He failed to respect that these treasures represent the heritage of cultures around the world from which these items were looted, often during times of strife and unrest.”

In a statement released by his lawyers, Steinhardt said he was glad that no charges were filed and that the items would be returned to the countries of their origin. Manhattan DA Cy Vance, Jr. said that the agreement was a quicker resolution than going to trial.

This is far from the Antiquities Trafficking Unit’s first win. The team, which was assembled in 2017, has recovered several thousand artifacts valued at over $200 million, according to the DA’s office. Around 1,500 of those items have already been returned to their rightful owners, with hundreds more awaiting repatriation.