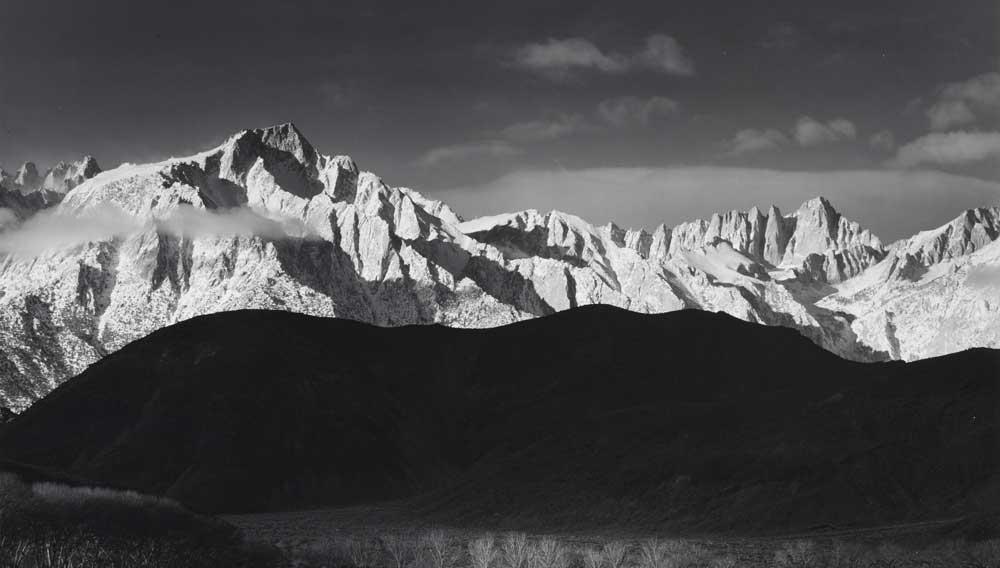 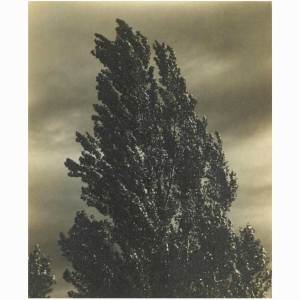 On April 28 in New York City, Bonhams will auction a large collection of photographs from some of the world’s most iconic artists, including the 20th century master Ansel Adams, whose photos of the American West will be a highlight of the sale. Among those images are Winter Sunrise, Sierra Nevada from Lone Pine, California, 1944, which carries a pre-sale estimate of between $150,000 and $250,000. Adams originally gifted the striking mural-sized print to friend and Pulitzer Prize–winner Wallace Stegner and his wife. Additional images to be auctioned include Maroon Bells, Near Aspen Colorado, 1951 and Clearing Winter Storm, Yosemite National Park, California, 1944. These landscapes cast light on the timeless beauty of nature untamed and its importance to Adams, a former board member of the Sierra Club and ardent environmental activist. Fittingly, the 1924 print Equivalent (Songs of the Sky) by Adams’s mentor Alfred Stieglitz and previously owned by the painter Georgia O’Keefe will complement the collection—one that continues to develop appreciation and gives wilderness the exposure it deserves. (bonhams.com)