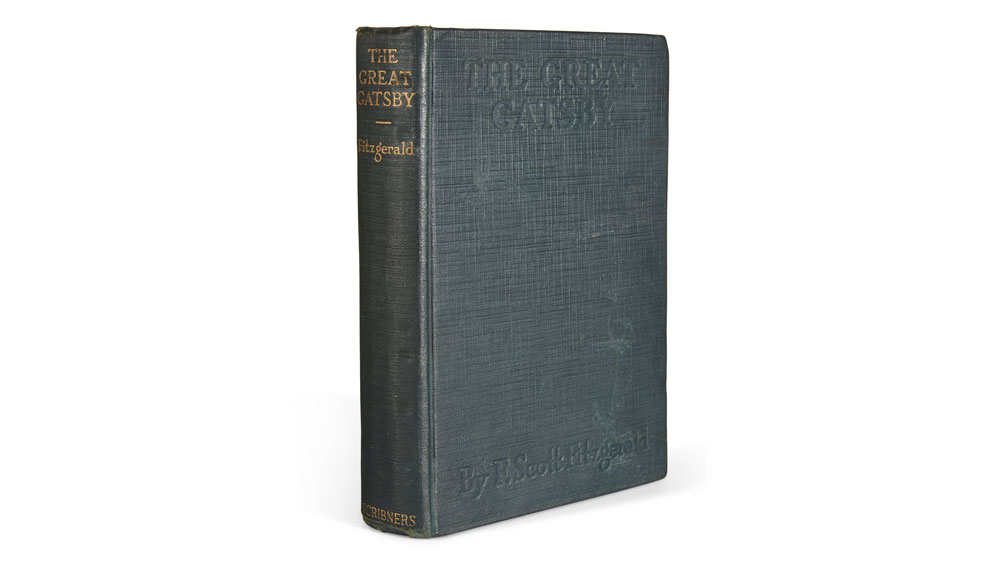 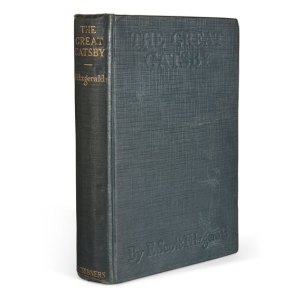 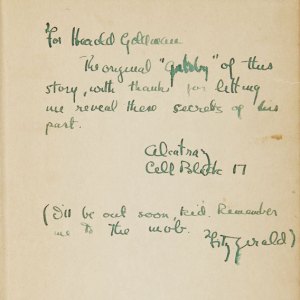 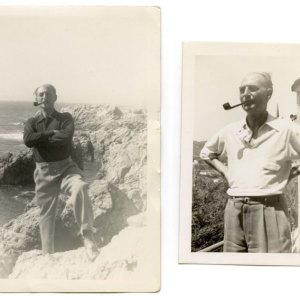 On June 16 in New York, at Bonhams’ Voices of the 20th Century sale, the auction house will offer a one-of-a-kind, first-edition (1925) copy of F. Scott Fitzgerald’s classic American novel The Great Gatsby. The rare book contains a handwritten note from Fitzgerald to his friend and fellow author Harold Goldman, the man who inspired the story’s main character, Jay Gatsby. The inscription reads: “For Harold Goldman, the original ‘Gatsby’ of this story, with thanks for letting me reveal these secrets of his past. Alcatraz Cell Block 17 (I’ll be out soon, kid. Remember me to the mob. Fitzgerald.)”

Goldman and Fitzgerald worked together as screenwriters in Hollywood during the 1930s, but Fitzgerald despised his time there; Cell Block 17 is a reference to his office in the writers’ building, while Alcatraz is an epithet for MGM studios. Little is known about the pair’s friendship, but the handwritten note provides insight into their comradery. The book is estimated to bring in between $80,000 and $100,000.