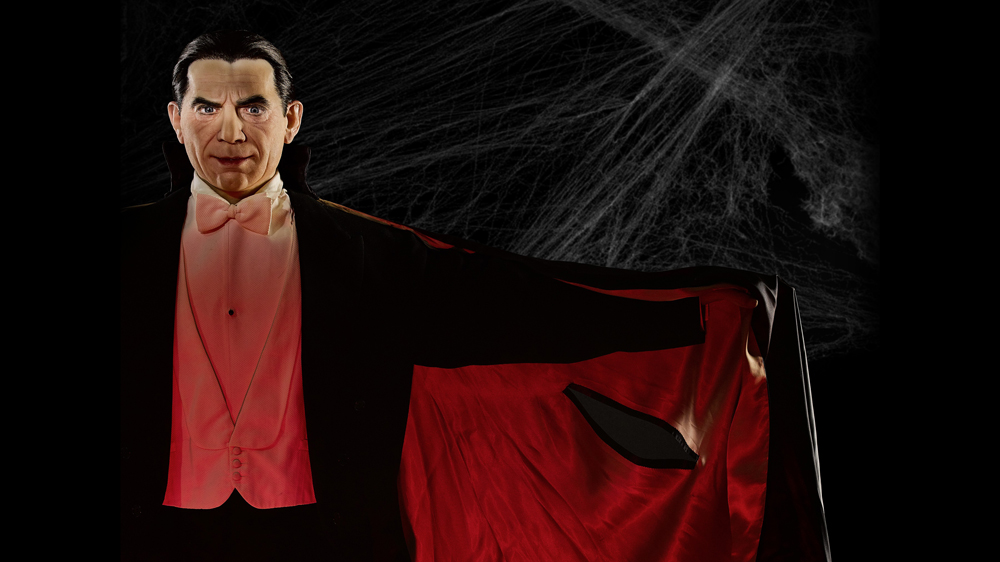 The usual gifts for pop culture fanatic include (yet another) book on their favorite subject or, if you want to go above and beyond, maybe even a prop replica. But if you really want to set their obsessive heart atwitter, go big and give them an authentic piece of entertainment history. Luckily, there are a couple of sales on the horizon that will make your quest for epic memorabilia a little less daunting.

On November 20 in New York, the Bonhams and TCM Present . . . The Dark Side of Hollywood auction will feature a wide-ranging collection of Hollywood treasures, including the cape (estimated in the high six figures) Bela Lugosi wore while playing his iconic Count Dracula role in Abbott and Costello Meet Frankenstein—an automatic winner at any future Halloween costume parties. 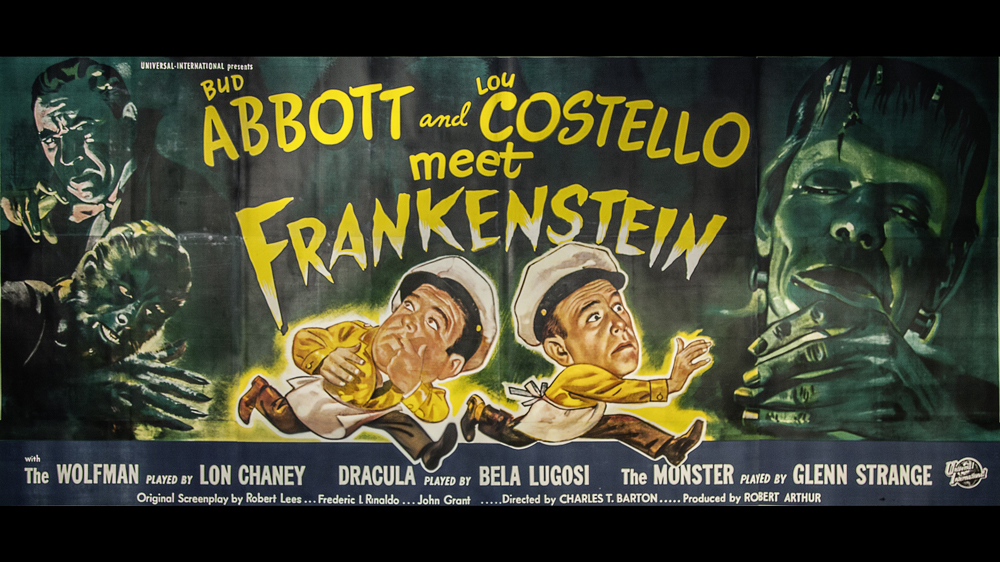 Sticking with the spooky theme, the auction will also offer a 24-sheet poster—estimated between $150,000 and $200,000—from the previously mentioned movie (a Bela Lugosi Dracula poster went for almost half a million dollars at an auction last year) and three zombie costumes that were used in Michael Jackson’s Thriller music video ($20,000 to $30,000 each). Other standout items crossing the block are the gown Madonna wore in the 1996 film adaptation of Evita ($30,000 to $50,000) and producer Darryl Zanuck’s copy of the script of The Jazz Singer ($100,000 to $200,000), the first full-length talkie. 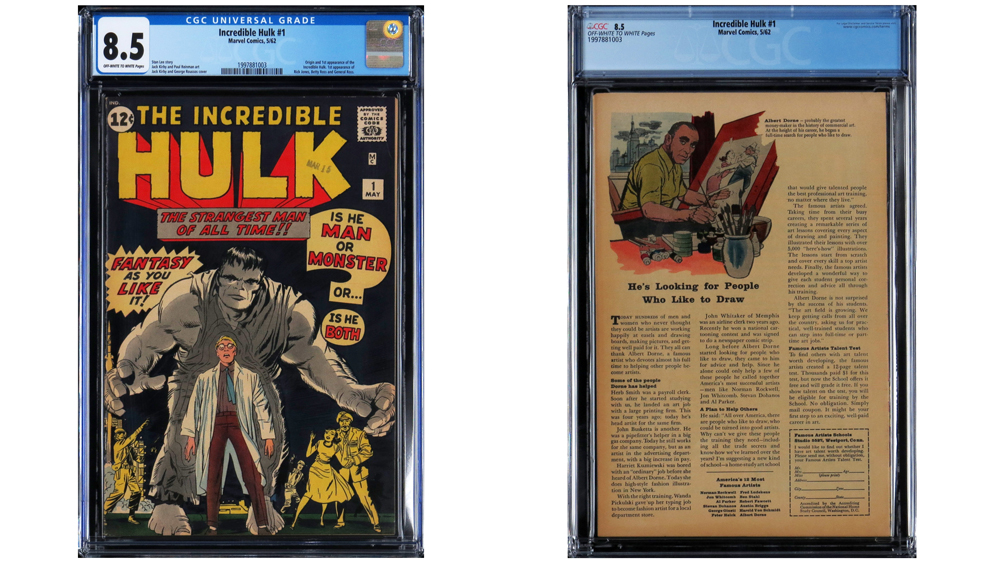 If your giftee drifts towards the geekier side of the pop-culture spectrum, you can get them a smashing present from Huggins & Scott Auctions. Now through November 15, you can bid to purchase a copy of the Hulk’s debut comic appearance from 1962. The comic is sealed, and its condition is rated 8.5 by comic book grader CGC, which indicates the book is in “very fine” condition. Copies of the comic with higher grades are exceedingly rare, so this may be your best chance to score the Avenger’s first outing. But don’t do a double take when you see the cover—the iconic green superhero was in fact gray when he debuted. He was eventually changed to his beloved green because the colorist had trouble maintaining the same shade of gray throughout the book. You can bid on the collectible comic, which carries a pre-sale estimate between $125,000 and $175,000.