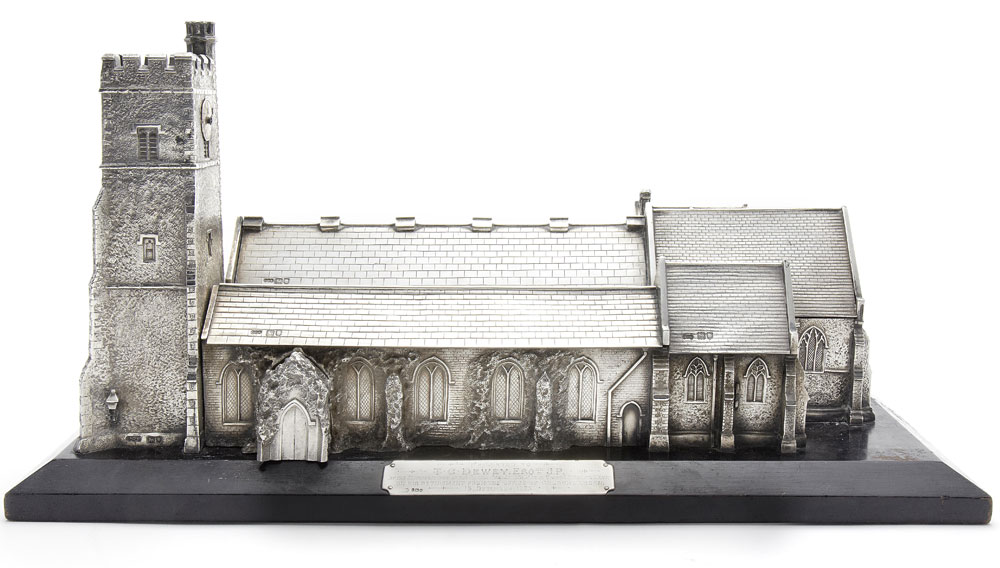 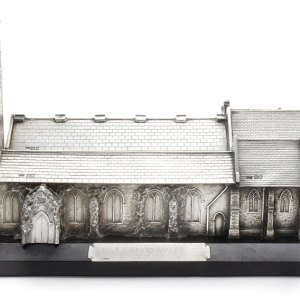 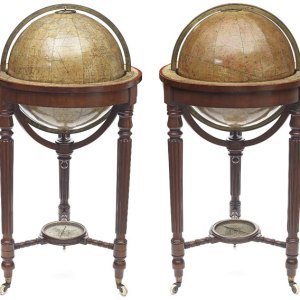 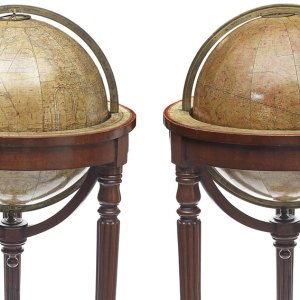 There’s a special thrill that comes with discovering something you didn’t know you wanted until you laid eyes on it. Bonhams’ annual Gentleman’s Library sale specializes in precisely those things. Taking place on January 29 and 30 at the firm’s Knightsbridge salesroom in London, the auction offers elegant and curious objects befitting a slightly eccentric British country house.

Antique globes are a Gentleman’s Library sale staple, well represented this year by a handsome 18-inch English set from the mid-19th century, one depicting the earth (known as a terrestrial globe) and the other the night sky (a celestial globe). The set earned an estimate of $97,000–$130,000 in part because it survived the decades undivorced. Also going to the block is an impressive silver replica of an English church that has a working timepiece in its clock tower. Created by a London silversmith in 1905 and estimated at $13,000–$19,000, it stands nearly 10 inches tall and more than 21 inches long. “I think it’s one of the essences of the Gentleman’s Library sale,” says Lionel Willis,a specialist at Bonhams. “An educated gentleman will have fine furniture and paintings, but he might also collect quirky things that don’t fit in any other category. This silver church is definitely one of those.” (www.bonhams.com)