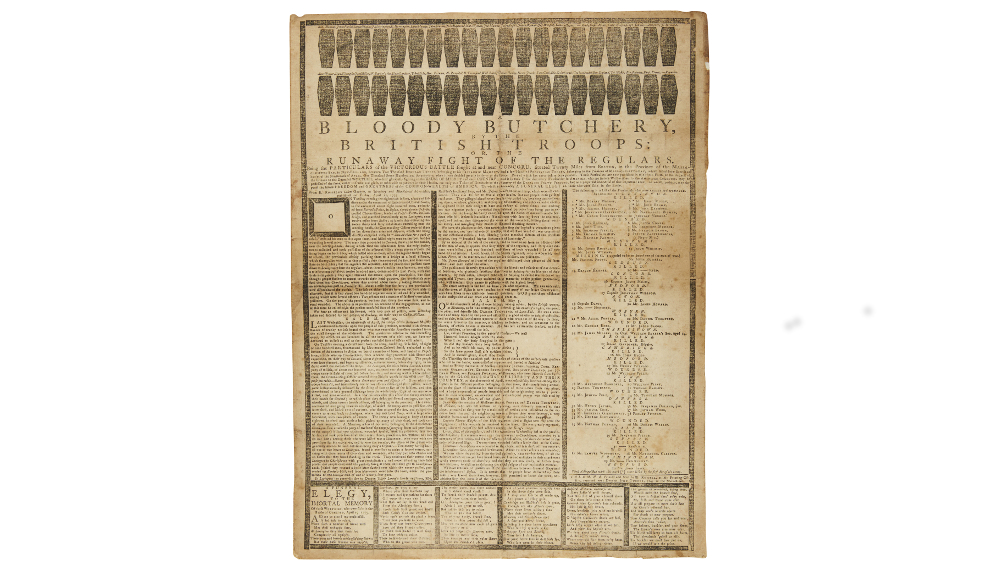 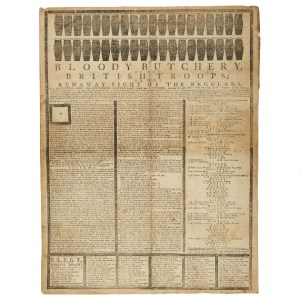 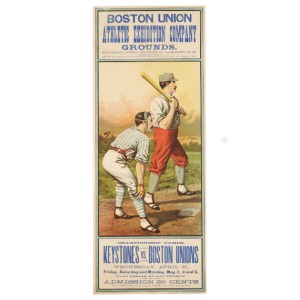 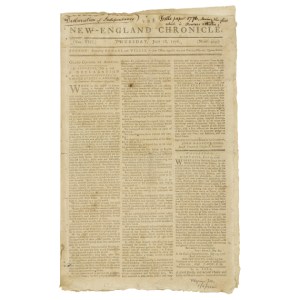 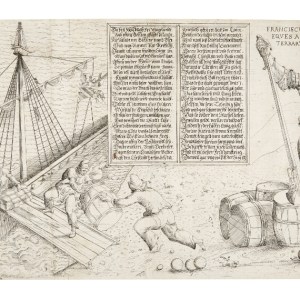 On April 7 Bonhams will offer nearly 300 specially selected items from the world-renowned Caren Archive. The sale encompasses rare newspapers, broadsides, photographs, books, and manuscripts dating from the 16th century through the 1960s.

The Caren Archive, comprising over a million items, is the largest and most significant private collection of historical paper in America. Proprietor Eric Caren, who began collecting as a child, retains a particular passion for the artifacts of major events and news stories: “I understood even as a small boy that they were special…that they offered a chance to travel across space and time, to be in the historical moment and to experience it as those at the time did.”

The April 7 sale has generated an unusual level of anticipatory buzz in collecting circles, something Christina Geiger, Bonhams Director of Fine Books and Manuscripts, attributes to Caren’s reputation for curating unique items across a breadth of genres. “One of the compelling things about this collection is that it demonstrates that our insatiable need for news is hardwired, that it’s not particular to our own age. The same inclination to spread word of important events inspired our forbearers to publish newspapers and handbills and to take photographs even under the most difficult circumstances. You really get a sense of their fight to get the story out.”

Among the top early lots is an exquisitely beautiful copper-engraved broadside celebrating Sir Francis Drake’s circumnavigation of the globe. Dating to the 1580s it includes one of the very few surviving lifetime portraits of Drake, depicting him full-length and surrounded by cannonballs, powder kegs, and the lading of a ship (est. $50,000 – 80,000).

A rare and exceedingly important early printing of the Declaration of Independence as published in The New England Chronicle (Powars and Willis) is already generating inquiries from among prospective bidders. The 4-page newspaper tied with Gill’s Continental Journal as the first Boston printing of the Declaration to appear. One can easily imagine the excitement among the city’s residents as they absorbed the enormity of the news contained therein. The entire Declaration appears on the front page (est. $60,000-80,000).

Another highly anticipated Revolutionary War lot is the broadside known as “Bloody Butchery by British Troops,” 1775. This graphic broadside (featuring 40 woodcut coffins) is unusual in that it contains an express exhortation that it be displayed in patriot households both as a memorial to the dead at Lexington and Concord and as a political statement (est. $25,000-35,000).

The sale also includes a number of exceptionally important early books and tracts, chief among them the Boston printing of Increase Mather’s A Brief History of the Warr With the Indians in New England, one of the very earliest printed books in America and one of only a handful of secular printings. The book was printed and published by John Foster, the first printer in Boston. It appeared within just a few months of the war’s end in 1676 such that contemporaries would have read it more as news than as history (est. $25,000-35,000).

Other sale highlights include the first dollar earned by the Edison Electric Light Company, a manuscript deposition by a Titanic survivor, the first China-U.S. Treaty (signed by President Polk), rare WWI and WWII material, an 1883 chromolithographed pro-baseball poster, and a mug shot photograph of Butch Cassidy as issued by the Pinkerton detective agency.

Treasures from The Caren Archive: How History Unfolds on Paper will take place on April 7 at Bonhams New York. The auction will preview at Bonhams April 3-7.

A complete catalog will be available at www.bonhams.com/auctions/21962