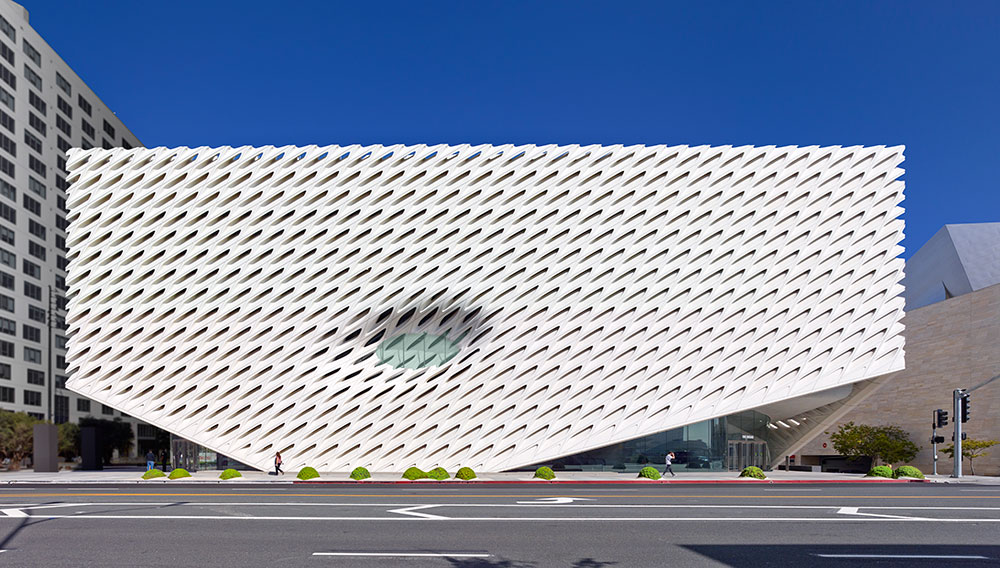 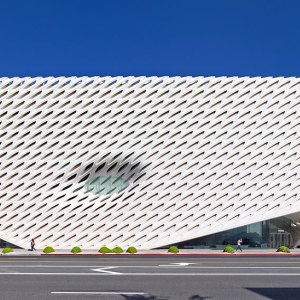 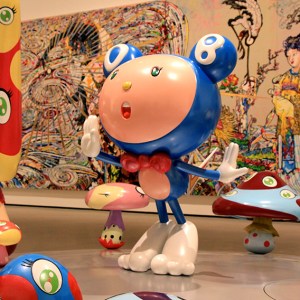 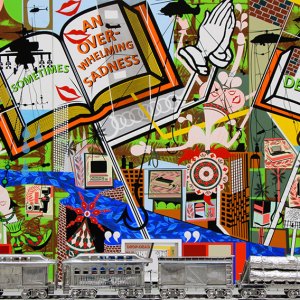 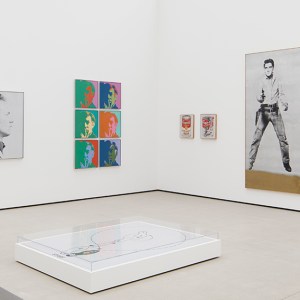 On a blazing-hot September day, hundreds of media outlets from around the globe gathered in downtown Los Angeles to be the first to experience Edye and Eli Broad’s extensive contemporary art collection at its new home—the Broad museum, which opened to the public Sunday with free admission. With the 120,000-square-foot museum at his back—its matte-white exterior, porous and sponge-like, establishing a brilliant contrast to Frank Gehry’s shiny and smooth Walt Disney Concert Hall directly to the north—Eli addressed the crowd, declaring Los Angeles the “new contemporary art capital of the world.”

With the Broad displaying some 2,000 works by more than 200 artists (including such L.A. legendaries as Ed Ruscha, Lari Pittman, and Mark Bradford) and the 29-year-old Museum of Contemporary Art (MOCA) located just across the street—a new walking bridge connecting the two—anyone will be hard-pressed to disagree with Eli Broad’s proclamation. The $140 million museum is not only a new way for Eli and Edye to share their collection with the masses—a passion that is as near to their hearts as the art itself—the Broad is also part of Eli’s larger plan to urbanize downtown L.A. and, in the process, make the sprawling Southern California city an internationally respected epicenter for art and culture. In this spirit, MOCA, now a partner of the Broad, has decided to give a free one-year MOCA membership to the Broad visitors for its first few weeks. Mayor Eric Garcetti also shares the vision, proudly boasting that “[L.A.] is the right home for this museum,” inviting everyone to explore and truly “get into the guts of the building.”

And there is plenty to explore. The Broad’s collection has been seen in fragments through the couple’s 31-year-old Broad Art Foundation, which has facilitated 8,000 loans to 500 museums and galleries across the world, but never this comprehensively. The collection includes 125 photographs by Cindy Sherman (the largest single collection of her work), 34 works by Roy Lichenstein, and 19 pieces by Cy Twombly (a popular third-floor exhibition on press day). Other highlights included Robert Therrien’s over 10-foot-tall Under the Table installation; Yayoi Kusama’s Infinity Mirrored Room—The Souls of Millions of Light Years Away, a small chamber of multicolored LED lights, mirrors, and water that each person experiences individually for 35 seconds; and a nine-screen video installation, The Visitors, by Icelandic artist Ragnar Kjartansson, who filmed nine different performers in one house in upstate New York simultaneously in one take.

There is also more to come, such as works by Jordan Wolfson and Alex Israel. And the collection will continue to grow under the guidance of Joanne Heyler, the founding director of the Broad and the visionary curating the couple’s collection for the past two decades. In the past, the collection grew at a rate of one new piece of art a week, but “we are not going to continue at that pace,” explains Eli. “When you start you don’t have hardly anything, and then as it happened it averaged out that way.” (thebroad.org)