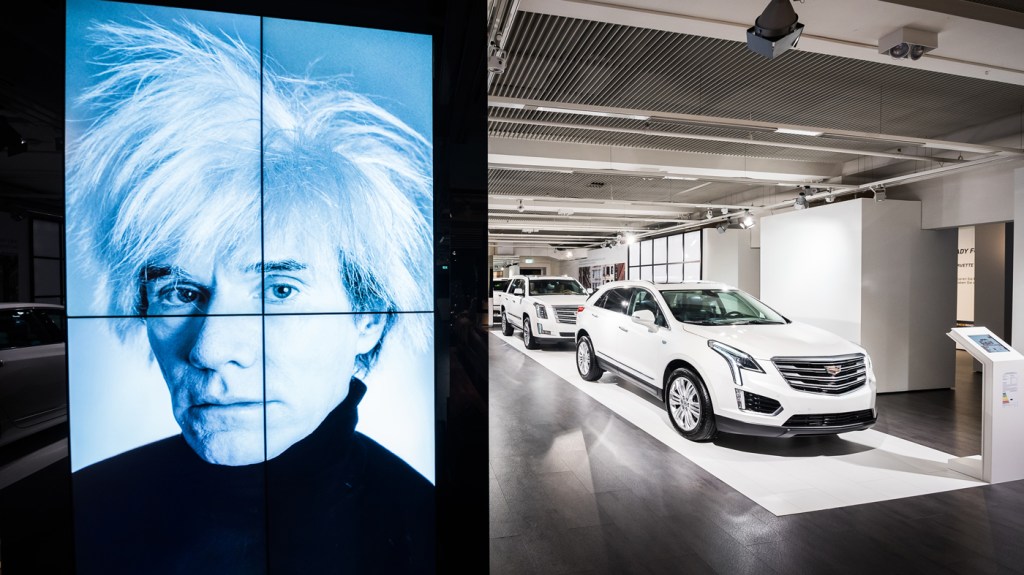 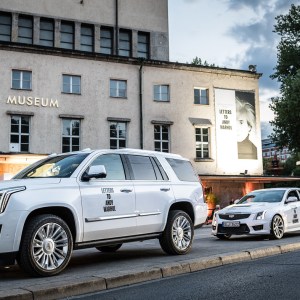 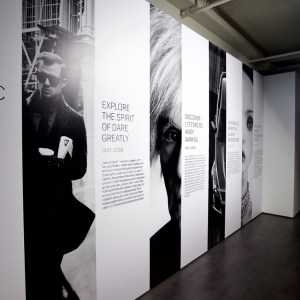 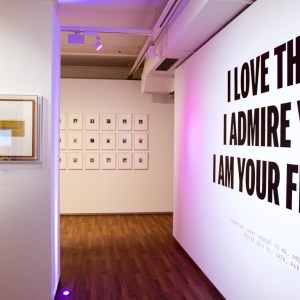 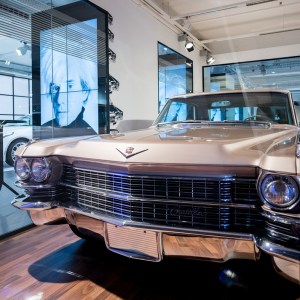 On the winding streets of Munich, Germany, not far from BMW’s looming headquarters, a half-dozen Cadillacs lined the street. The cars were ferrying guests to a pop-up version of “Cadillac House,” a club-like lounge modeled after the marque’s permanent location in Manhattan that celebrates art, fashion, and fine dining. The occasion is the opening of “Letters to Andy Warhol,” a traveling exhibit that sheds light onto the private life of the pop artist, and also introduces the American luxury brand to a crucial European market.

“Warhol was a daring and innovative artist, and shared the Cadillac values of optimism, boldness, self-belief, and risk-taking,” says Cadillac president Johan de Nysschen, a former Audi and Infiniti executive who, during his current tenure, has pushed relentlessly to resurrect Cadillac’s former glory.

A cadre of Cadillacs line up in front of the “Letters to Andy Warhol” exhibition in Munich.  Photo: Courtesy of Cadillac.

Done in partnership with the Andy Warhol Museum in Pittsburgh, the “Letters to Andy Warhol” exhibition features five letters that were sent to the artist during his lifetime. The selection includes correspondence from Mick Jagger, Truman Capote, and the Museum of Modern Art in New York. Also on display are five drawings and photographs that Warhol did of Cadillacs, which serve as a reminder of the brand’s enduring reputation for luxury in the U.S., even inspiring one of the greatest artists of the 20th century.

“Andy grew up as part of a poor immigrant family in Pittsburgh, and we knew that Cadillac was this very aspirational part of the American dream,” says Patrick Moore, director of the Andy Warhol Museum.

Moore’s personal favorite is a letter written by fashion designer Yves Saint Laurent. “Andy had painted a double portrait of Yves, and there was a rumor in the art world that Yves hated it. This made Andy Warhol nuts. He felt rejected, he felt ashamed,” Moore explains. The note was simple, but powerful:

Just a note about these stupid rumors in W.W. about my portraits.

You are my friend

Each letter is paired with a work by a contemporary figure. Displayed alongside Yves’ note is an essay written by John Lennon’s son Sean, recalling the time Warhol gifted him a taxidermy cat. Also on display is a rejection letter sent to Warhol from the Museum of Modern Art in New York, declining a work entitled “Shoe” and asking the artist to collect his unwanted piece at his earliest convenience. Next to the letter is a giant-sized children’s book, penned by shoe designer Brian Atwood, about a little boy who finds a fabulous pair of sparkly green pumps in his mother’s closet and is determined to wear them despite attempted shaming from his father and friends. The moral of the story, according to Atwood, is: An uninhibited imagination and originality must be celebrated.

Cadillac’s presence in München isn’t merely about art, it’s a way to expose a crucial market dominated by German luxury cars. “Cadillac went right to the home of some of the most recognized premium automotive brands,” says De Nysschen. “Not only is Munich a cultural hub that has a historical connection to Andy Warhol, but Germany is also home to the Autobahn, and what better place is there to showcase the Cadillac product portfolio?”

The Autobahn is exactly where we took a handful of Cadillac models the day after partygoers stood around sipping Moscow Mules and admiring Cadillac House’s salon-like setting. On our way out of town, we passed curious onlookers, some of whom had never seen a Cadillac in the metal. Our ATS-V purred contently as we got it up to 140 mph, though short of its 189-mph stop speed thanks to traffic and a light mist.

There was something deliciously rebellious about piloting a brazenly American machine around a sea of slower, blue-and-white roundels, as if we were creating our own living, moving art installation. As Warhol himself said, “Art is what you can get away with.” And get away we did.

The Letters to Andy Warhol and pop-up Cadillac House closed in Munich on August 6 and 27, respectively. The tandem presentation will make its final stop in Dubai in December. Meanwhile, car aficionados and socialites can visit the original Cadillac House on Hudson Street in New York City.