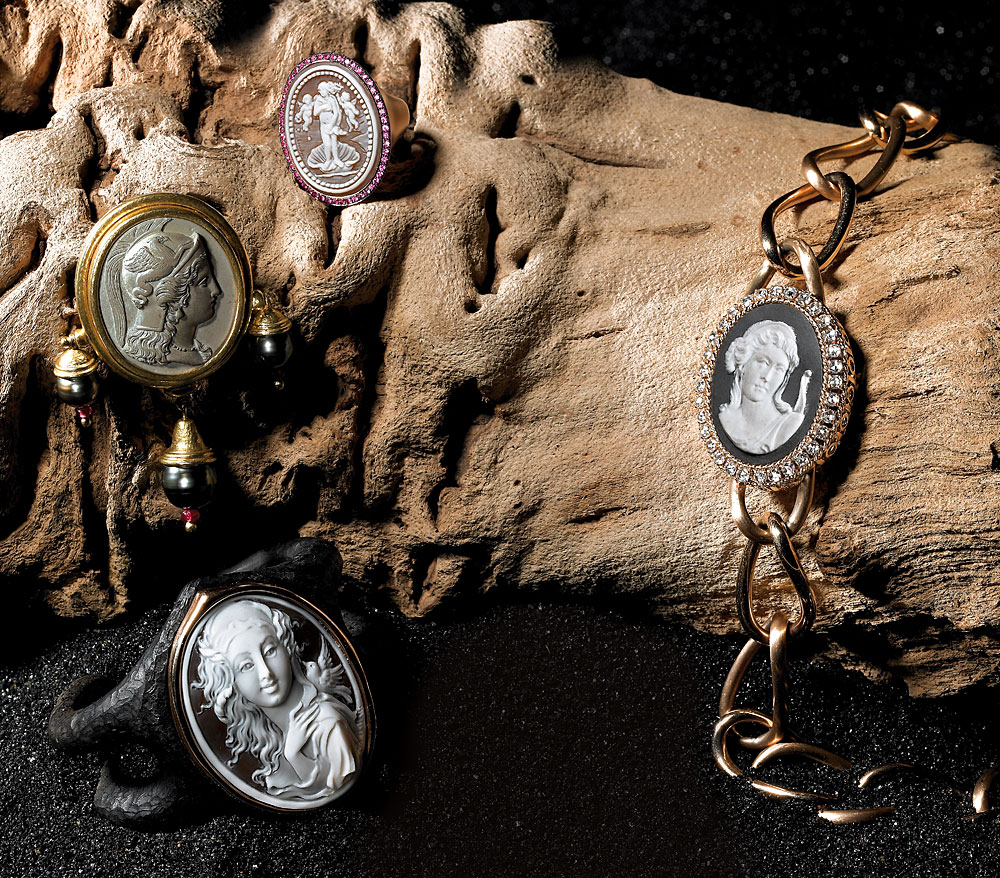 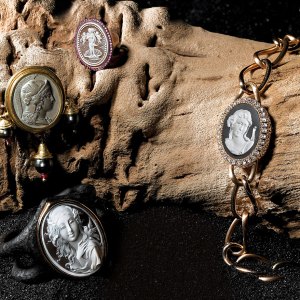 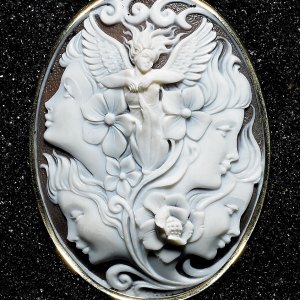 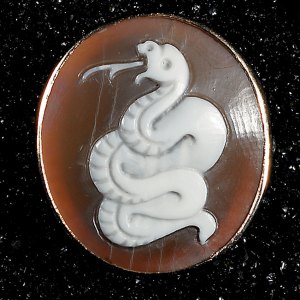 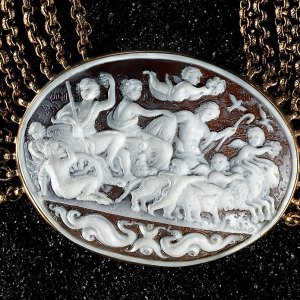 Every art, whether major or minor, has its capital: Music has Vienna; fashion, Milan; haute cuisine, Paris. Even the somewhat obscure art of cameo-carving has its acknowledged center: Torre del Greco outside Naples, Italy. Many of the seaside town’s inhabitants make a full-time profession of the craft. But 36-?year-old Amedeo Scognamiglio says that “in Torre del Greco, cameo-carving is a calling or a hobby; it’s not a job.” He adds that nearly everybody in his hometown is affiliated with the process in one way or another, citing one postman who is a part-time carver for his cameo-making company.

Scognamiglio began carving cameos at the age of 16, rendering his own artistic visions in the medium of seashell much the way his ancestors did. But unlike the six generations before him, who were content carrying on the family business in this coastal town, he had higher ambitions: A decade ago, he moved to New York with the idea of reinvigorating his hometown’s 300-year-old cameo tradition by imbuing his designs with a contemporary spirit.

Torre del Greco, however, remains at the heart of Scognamiglio’s art. Most of his master artisans learned the craft from their fathers and grandfathers or attended Torre del Greco’s Istituto Statale d’Arte, founded in the late 19th century, under the patronage of the Italian royal family, as the only public high school devoted to cameo art. The craftsmen were trained to reproduce neoclassical iterations of Greek and Roman female mythological figures—powerful women with prominent features. This tradition began in the 17th century, but it was not until the 18th and 19th centuries that cameos representing Greek and Roman motifs became the most popular souvenirs of young aristocrats traveling the European continent on what was known as the Grand Tour. The vogue for the art form achieved its apogee in the mid-19th century, when Queen Victoria’s cameo brooches were widely imitated by women of fashion. Those same motifs remained the mainstay of cameo design even in the 20th century, when the then-very-unfashionable cameo came to be regarded as grandma’s jewelry.

In realigning his family’s business, Scognamiglio encouraged his artists to relax these traditions and render images that expressed their own imaginations. Under his guidance, younger carvers created images of contemporary women with smaller, prettier features. Scognamiglio incorporated these unique pieces into a variety of fashionable designs—chunky ebony rings, oversize belt buckles, pendant necklaces set with colorful gems—that he sold through boutiques in the United States. In November 2006, he opened the family’s first shop, Amedeo by M+M Scognamiglio, on New York’s Upper East Side; a second store in Tokyo’s Ginza district opened a few months later. “Young artists today don’t need to refer to mythological figures for inspiration,” he says. “They can also look at fashion magazines.”

Although Scognamiglio’s designs are cutting-edge, the techniques and tools used to produce them have remained unchanged since the Renaissance. A cameo is executed by whittling away fragments of stone or shell to depict an image in relief. (An intaglio, by contrast, bears an image that is cut into the medium.) In the Torre del Greco tradition, most cameos are carved in sardonyx shell, which comes from the Caribbean sea snail Cassis madagascariensis. Scognamiglio’s firm employs about 150 artisans, who work from their homes. Typically they work on their verandas, where they can take advantage of the natural light that carving requires. “The verandas are off the kitchen, where the wife is usually making a sauce,” says Scognamiglio, who, despite his New World headquarters, still cherishes Old World traditions. While he no longer carves cameos himself, he maintains that the greatest satisfaction in making cameos is the carving process. “Creating is the most empowering feeling,” he says. “Designing is satisfactory, but it’s the creation that makes an artist feel closer to the spirit of the craft.”

Scognamiglio’s innovative designs represent a recent movement among some Torre del Greco artisans to create cameos that reflect a more modern sensibility. This contemporary interpretation of the tradition involves not just iconography, but also materials. For instance, Diluca 1929 carves images in coral and jet that are then set in dramatic wood, gold, and gemstone pieces. The company was founded in 1957 by Michele and Marisa Di Luca, a husband-and-wife carving team. Until last year, their enterprise supplied its cameo designs wholesale to various jewelry companies in the United States and Japan; however, under the direction of the Di Lucas’ son Gino, Diluca 1929 recently introduced its own contemporary cameo-jewelry collection. In addition to beautiful and unusual portraits, the collection features three-dimensional flowers and animals.

The romantic charm of the cameo captivates even edgy designers such as New Yorker Stephen Dweck, who is known for his juxtapositions of unusual stones and minerals with other natural materials. “As a child, I hated cameos,” says Dweck, remembering the pieces his grandmother owned. In making his jewelry, he goes for more daring cameo designs, such as bold floral pieces. He also combines Greek- and Roman-inspired cameos with bronze chain-link and turquoise elements to lend his signature style to the completed designs. “I have a respect for the craft in Torre del Greco,” he says, “so I don’t want to change what they do. But I want to make it my own.”

The cameo’s renaissance within the modern vernacular of jewelry design is a source of great satisfaction to its designers. “Everything I do,” Scognamiglio says, “I do to keep the art of cameo-making alive.”