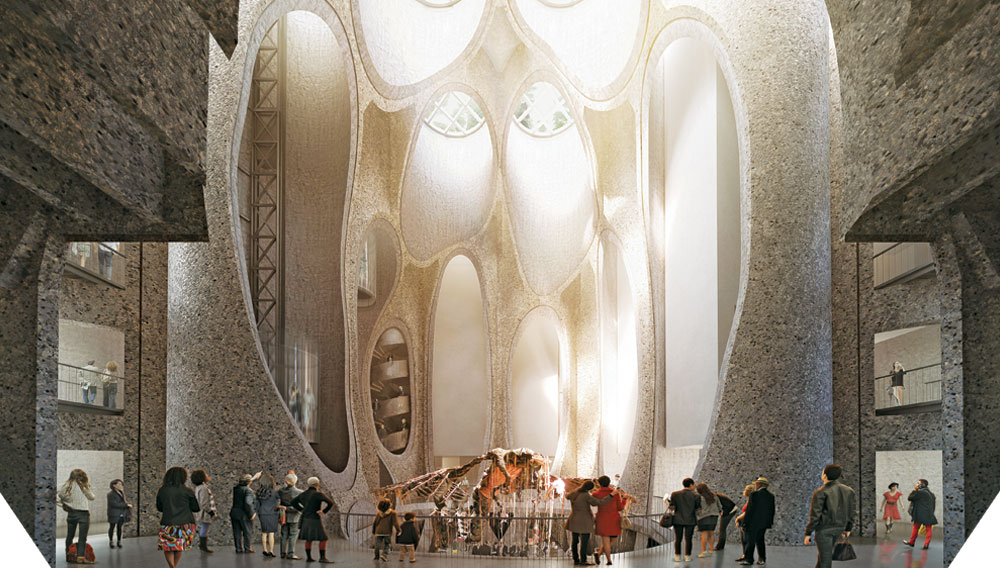 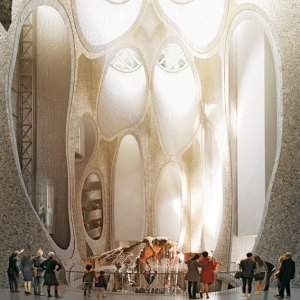 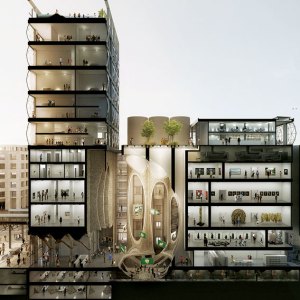 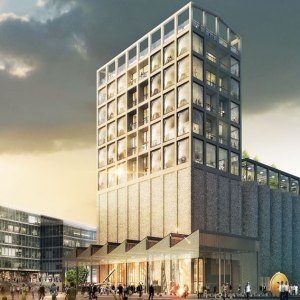 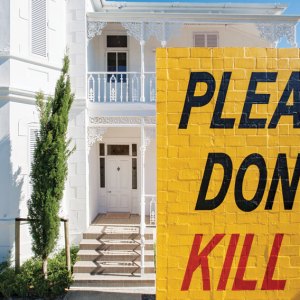 Southern Africa’s leading artists—and the pioneering collectors who have amassed their works—are shaping Cape Town into a capital of the contemporary art world.

Please Don’t Kill Us. The giant block letters emblazoned across the yellow brick wall seemed unnervingly out of place against the peaceful and prosperous backdrop of Cape Town’s Tamboerskloof neighborhood. But the mural—standing nearly as tall as the whitewashed Victorian residence behind it—was neither the illicit scribble of local vandals nor the blustering protest of a disgruntled homeowner. Rather, it was the work of one of South Africa’s most influential artists, a graphic greeting to welcome visitors to the latest exhibit at the New Church museum.

“The neighborhood reacted quite badly,” the South African art dealer João Ferreira recalls of the mural, which the artist Cameron Platter created for the New Church’s Pop Goes the Revolution exhibit last October. “The council objected. Papers were served, ordering its demolition.” Undeniably pugnacious, the mural—whose verbiage borrowed from common roadwork signs in the South African province of KwaZulu-Natal—proved even grimmer when viewed from the back. Splashed over a scarlet background, the bold letters read Please Please Kill Us.

Opened in 2012 in a converted 19th-century home, the New Church is attracting attention for more than just its provocative welcome wall. The privately owned museum showcases more than 400 works—by Platter, Brett Murray, Robin Rhode, Kudzanai Chiurai, and other rising stars—owned by Piet Viljoen, a local collector who has helped pioneer the notion that contemporary Southern African art is actually worth collecting.

“Piet Viljoen has collected very bravely,” Ferreira says. “Our market is so tiny and our gallery system is so small that values have been hard to gauge in the past. But suddenly the art world is very interested in what we are doing, and this very narrow stream is opening up to a much bigger pool.”

Ferreira, a South African who opened Cape Town’s first contemporary art gallery in 1998, has seen the evolution of Southern African art firsthand. For centuries, the common perception of the region’s artistic achievements was limited to wooden masks and woven bowls. In recent decades, however, political shifts ranging from the end of apartheid in South Africa to the democratization of Zambia and Namibia have contributed to a widespread cultural revolution. Artists who have emerged from this era of change are now altering the ways people think about African art.

One of Southern Africa’s most famous contemporary artists is William Kentridge, who first hit the international scene in the late 1990s with his politically charged drawings and prints. By 2010, the South African’s work was the focus of a retrospective at New York’s Museum of Modern Art. Kentridge’s South African contemporaries include Platter, whose Life Is Very Interesting is part of the Museum of Modern Art’s permanent collection, and Nicholas Hlobo, who is currently a fellow at the Tate Modern in London. In addition to their recognition from leading museums, these and other Southern African artists have enjoyed considerable success in recent years at international art fairs, such as the Venice Biennale in Italy and Art Basel in Switzerland and Miami.

To address the growing interest in Southern African art, Ferreira in 2012 launched Art Conversations, a Cape Town–based service that introduces clients to the artists, curators, and gallerists propelling the region’s rise. The experience, which Ferreira also offers through the One&Only Cape Town resort, provides aspiring and established collectors the knowledge and access to make educated purchases. “More and more collectors are seeing the value in adding an African component to their collection,” he says. “Art Conversations gives an inside line to the best of what is going on at the moment.”

In Cape Town—which the International Council of Societies of Industrial Design named the World Design Capital for 2014—there is no shortage of goings-on. The city is home to such well-regarded shows as Design Indaba, the Guild Design Fair, and the Cape Town Art Fair. A few miles east of Tamboerskloof, in the rapidly transforming suburb of Woodstock, high-profile galleries including Stevenson, Whatiftheworld, and an outpost of the Johannesburg-based Goodman Gallery showcase top local artists. But the biggest news on the Cape Town scene is the impending debut of the Zeitz Museum of Contemporary Art Africa, a world-class venue that should solidify the city’s status as a cultural capital.

Set to open on the city’s Victoria and Alfred Waterfront in 2016, the 102,000-square-foot museum is the brainchild of the German entrepreneur and conservationist Jochen Zeitz. A collector for more than two decades, Zeitz has accumulated arguably the largest assemblage of contemporary Southern African art in the world. “I have been collecting for 25 years, but I never considered myself a collector until about 10 years ago,” he says. “I had gone to the Venice Biennale and was blown away that Africa was hardly represented at all. I saw it as an incredible opportunity to incubate something that was not being represented anywhere else.”

A decade later, Zeitz attended the 2013 Venice Biennale to purchase an astounding 85 contemporary African works, including photographs by the South African Zanele Muholi and sculptures by the Zimbabwean Michele Mathison. That same year, he revealed a portion of his collection for the first time with the debut of Segera Retreat, his safari lodge in Kenya. Located on a private 50,000-acre concession in the Laikipia Plateau, the Wilderness Collection camp (one of Robb Report’s Best of the Best Resorts in 2014) is sprinkled with more than 150 original works, from a crocodile sculpture by Platter at the property’s entrance to a video installation by the Zimbabwe-born Chiurai in the dining room. A thatch-roofed exhibition space displays additional pieces, including a series of animal-skin sculptures by the South African artist Nandipha Mntambo.

While Cape Town’s largest monument to contemporary African art prepares to draw millions, the city’s most exclusive gallery remains a well-kept secret reserved for a fortunate few. Set atop the cliffs of Bantry Bay, the Relais & Châteaux resort Ellerman House exhibits owner Paul Harris’s private collection of nearly 1,000 artworks. Harris, who began acquiring pieces more than 30 years ago, has amassed works that span the history of South African art, from the Highveld landscape paintings of Jacob Hendrik Pierneef to many of the country’s modern-day masterpieces.

In 2009, Harris opened a private gallery on Ellerman House’s grounds to showcase a rotating selection of his contemporary artworks. “Guests can come here and get a good representative taste of South African art, and if it sparks an interest, they can then visit the artists and galleries in Cape Town,” he says. “I recently had a big group from the Venice Biennale out here, and they were quite gobsmacked by what they saw.”

Inside the gallery, visitors can wander past Walter Oltmann’s woven-aluminum statue resembling a giant suit of armor, Anton Kannemeyer’s satirical pop-art paintings, and Lionel Smit’s portraits and sculptures. At the gallery’s entrance sits one of Harris’s most prized pieces: Willem Boshoff’s Prison Sentence: Nelson Mandela, a granite wall with 9,377 hash marks etched onto its surface.

“Each mark represents a day that Nelson Mandela spent in jail,” Harris says. “But what really brings it home is that, when you look at it, the granite reflects our view of Robben Island on the other side of Bantry Bay. It just has this incredible resonance with everyone who sees it.”

Across town, another evocative work of art ultimately proved less successful in gaining public adulation. When the New Church’s Pop Goes the Revolution exhibit ended in April, Platter’s controversial Kill Us mural was demolished in the museum’s front yard. Still, according to Ferreira, the separate pieces may end up serving a greater purpose than their gestalt. “After it was demolished, the pieces were open for collection à la the Berlin Wall,” he says. “Cameron is a very prominent artist, and I think the real value will be in the conversation the pieces create.”