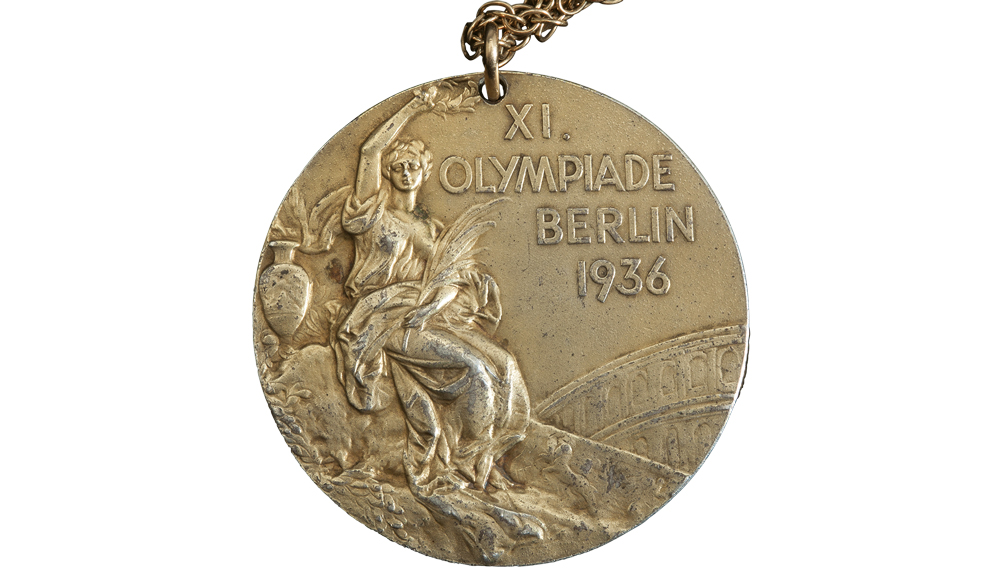 In the 1920s and ’30s—long before marquee players such as LeBron James and Michael Jordan lit up the court, before even the National Basketball Association was formed—the best players of the day would hone their craft in company-sponsored amateur leagues. Collegiate star Carl Shy played for the Universal Pictures club team, which won the national Amateur Athletic Union (AAU) tournament in 1936.

That same year, Shy and several teammates were tapped to represent the United States at the Summer Olympics in Berlin, the first Olympics to include basketball competition as an official medal sport. The games were played outdoors on clay-and-sand courts, including the championship matchup, which took place amid a heavy rainstorm. The team left the games with a 5–0 record, taking first place and a Giuseppe Cassioli–designed medal for each player. Actually made of gilt silver, the award depicts Nike, the goddess of victory, on one side, and a victor on the shoulders of other athletes on the reverse. The medal now has a hole at the top, through which Shy’s wife once looped a gold chain to wear the honor around her neck.