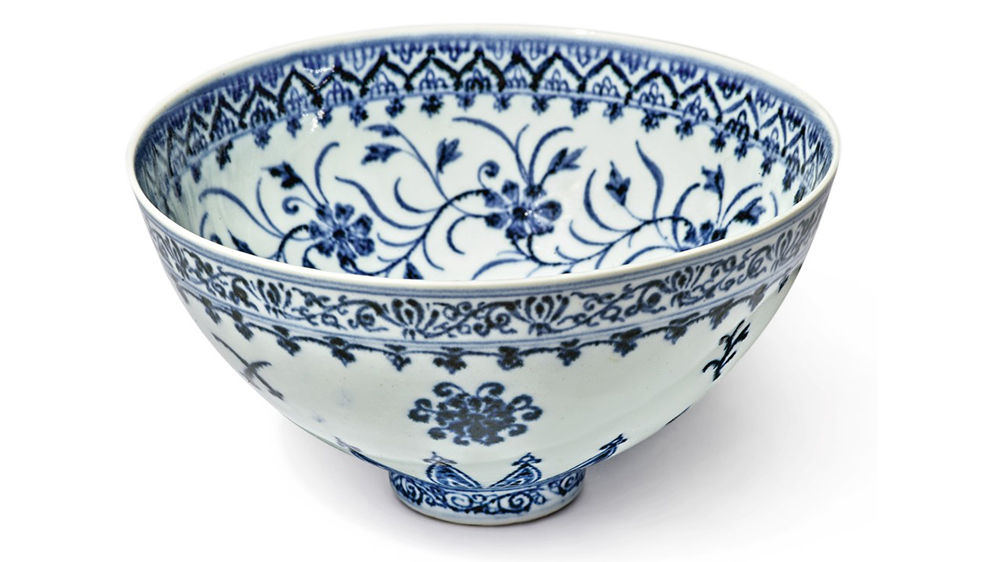 You might want to rethink skipping your neighbor’s next yard sale. After all, one person’s junk may be an auction house’s six-figure treasure. That was the case for one Connecticut man at least.

A Chinese bowl that was bought for $35 at a New Haven yard sale last year just sold for $721,800 at auction, reports NPR. The unnamed man from the Constitution State may have thought he’d scored a bargain on a nice piece of flatware, but what he actually ended up with was an immensely valuable antique dating back to the 15th century.

The 600-year-old bowl was one of the headline lots at Sotheby’s Important Chinese Art sale in New York on Wednesday. Dating back to the Yongle court of the Ming Dynasty, which lasted from 1403 to 1424, the white porcelain dish is shaped like a lotus bud and is decorated with cobalt blue lotus, peony, chrysanthemum, and pomegranate flowers, according to the item listing. In the center of the bowl, which measures six inches in diameter, is a formalized quatrefoil motif encircled by a wreath of flowers and leaves.

Only six other examples of the bowl are known to exist in the world. Because of that, the auction house felt it could fetch anywhere between $300,000 to $500,000 heading into the auction. The final sale price was more than 20,000 times what the anonymous owner paid for the dish last year. Although it’s unclear the man knew what he had, he is said to have not haggled over the price at the yard sale.

A close up of the “floral” bowl’s quatrefoil motif  Sotheby's

“It’s always quite astounding to think that it kind of thing still happens, that these treasures can be discovered,” Angela McAteer, Sotheby’s senior vice president and head of its Chinese Works of Art Department, told NPR. “It’s always really exciting for us as specialists when something we didn’t even know existed here appears seemingly out of nowhere.”

Amazingly, this isn’t the first valuable Chinese antique to surface during the pandemic. Last summer, a colorful Chinese wine pitcher dating back to the 18th century was discovered by a UK man who was cleaning out a family member’s garage. That antique would sell for just shy of $500,000 at auction in September.