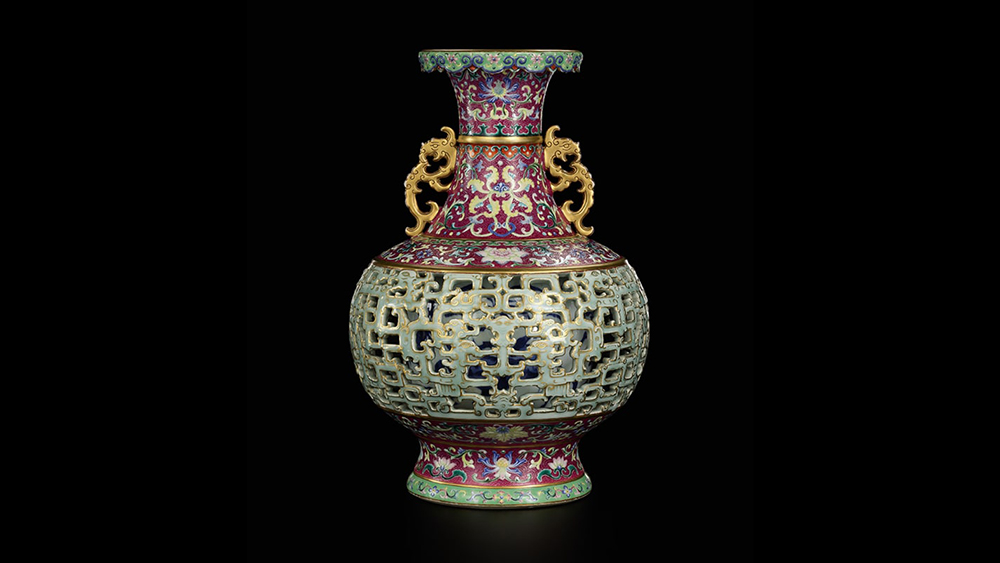 Despite what Marie Kondo might argue, sometimes it’s your clutter that sparks joy. A Chinese vase that sat about collecting dust for half a century just sold for a staggering $9 million on Saturday at Sotheby’s Hong Kong auction.

The rare 18th-century artifact was discovered in an elderly woman’s country home in central Europe by Amsterdam-based art consultant Johan Bosch van Rosenthal. The owner, who is in her eighties, is believed to have inherited the vase, which was sold for just $56 when it first passed through the auction house in 1954.

Described by the auction house as a “lost masterpiece,” the relic has endured 50 long years, even while surrounded by the owner’s four cats. “It is a miracle that this extraordinarily fragile vase survived half a century in a home surrounded by countless pets,” Nicolas Chow, chairman of Sotheby’s Asia, said in a press release.

The Harry Garner Reticulated Vase, named for the collector who owned it prior to the ‘54 auction, was made specifically for the Qianlong Emperor, who ruled China for more than 60 years. It sports a striking a blue-and-white floral design, a pear-shaped silhouette and lattice-like detailing. It was produced under the watchful eye of porcelain master Tang Ying and is one of the most sophisticated pieces conceived during the Qianlong period (1736-1795).

Van Rosenthal was invited by the woman to assess her collection of Chinese art, which she inherited many years ago. After he discovered the dust-covered rarity, he sent some photos to Nicolas Chow at Sotheby’s Hong Kong who rang back the next day very excited. Chow flew to Europe and confirmed it was a highly valuable Qianlong vase. Through further research, Sotheby’s was able to match it to an item in the Chinese imperial household’s archives and find that the item was once praised by the emperor for its design.

In addition to the vase, there were a handful of other Chinese antiques at the auction, including a Ming dynasty table and couch bed that sold for roughly $8 million and $6 million, respectively, and a porcelain jar from the same era which sold for $4.4 million. The Important Chinese Art sale brought in just shy of $13 million overall.

Hold onto those family heirlooms, folks.