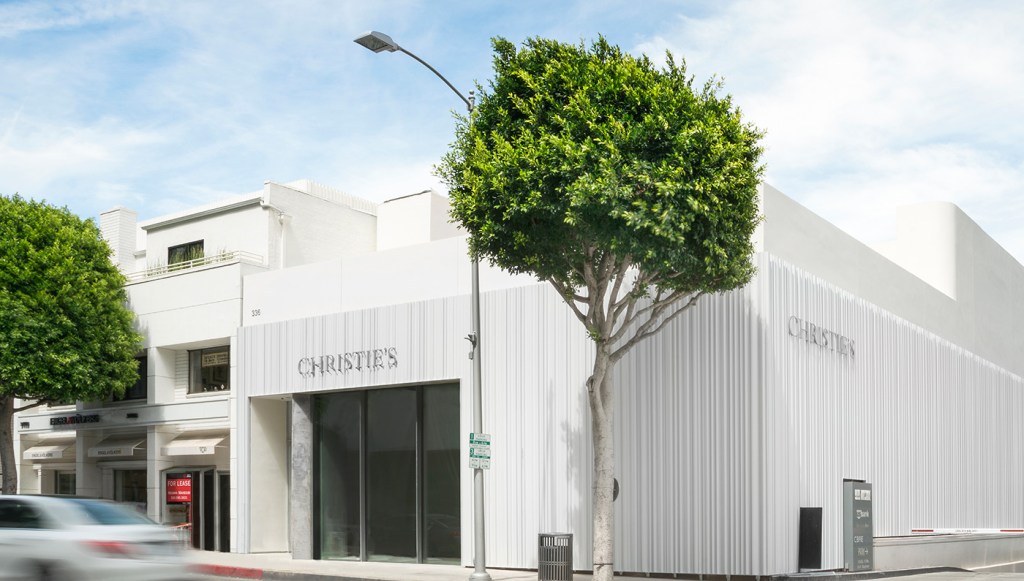 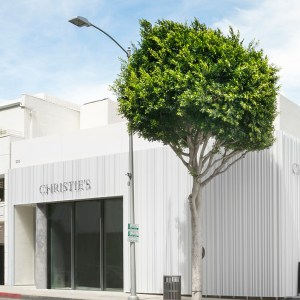 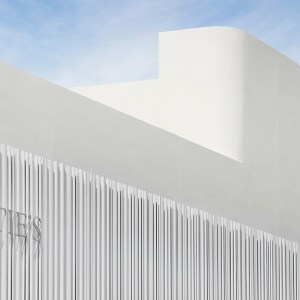 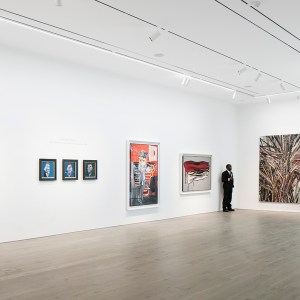 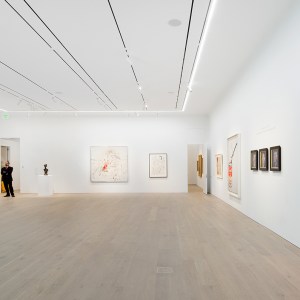 When curating the art exhibition for the grand opening of Christie’s Beverly Hills flagship—a two-story, 5,400-square-foot building on North Camden Drive—Koji Inoue chose several pieces with a West Coast connection. “I wanted [part of the exhibition] to be a story about art since the 1960s, with touchpoints to Los Angeles,” says Inoue, who works as Christie’s International Director of Post-War and Contemporary Art. “There was a boldness in Los Angeles collectors in the 1960s. They were collecting Lichtenstein and Warhol, which was extraordinary at the time. It’s important to recognize the impact of Los Angeles collectors on the industry.”

The exhibition, which will be open to the public until April 28, showcases museum-quality masterpieces from Monet, Picasso, Bacon, Basquiat, Lichtenstein, Tamayo, Sherman, and Twombly, as well as jewels and watches. Fittingly, Andy Warhol’s Big Campbell’s Soup Can with Can Opener (Vegetable) (estimate upon request)—which was painted in 1962, the same year the artist’s first solo pop art show took place in a Los Angeles gallery—is displayed, along with Roy Lichtenstein’s Red and White Brushstroke (estimate $25 to $35 million). Local artist Mark Grotjahn’s Untitled (S III Released to France Face 43.14), a work estimated to sell for between $13 and $16 million, is also featured prominently.

One of the standout selections is Cy Twombly’s 1962 painting Leda and the Swan, which was the artist’s take on the origin story of the Trojan War. Bold, explosive colors were smeared on the canvas in a violent yet vivid depiction of Jupiter’s seduction of Helen of Troy’s mother in the form of a swan. “He was one of a handful of artists at the time who approached art from the perspective of literature and poetry, as opposed to object-making or art theory,” Inoue says. “It’s almost as if his hand is dancing across the canvas, with the poetry and the feeling all there.” A sister painting to a piece in the Museum of Modern Art’s permanent collection, the work has been hidden from the public view since being purchased by a private owner in 1989. The highly anticipated pièce de résistance is expected to fetch between $35 and $55 million at auction. Additional highlights include Francis Bacon’s Three Studies for a Portrait of George Dyer (estimate upon request), Pablo Picasso’s Femme assise dans un fauteuil (estimate $20 to $30 million), and Jean-Michel Basquiat’s La Hara (estimate $22 to $28 million).

Designed by wHY (the Los Angeles–based team behind CalArts and the Los Angeles County Museum of Art), the Beverly Hills flagship will host art forums, guided tours, panel discussions, shows, and movie screenings designed to educate connoisseurs about trends in the art world. Guillaume Cerutti, the CEO of Christie’s International, envisions the space as a lively and active representation of the brand, with in-house specialists and previews of the best of the best from upcoming auctions. “The West Coast has been one of the major places to recruit clients, and in terms of luxury collectors it is one of the most important places in the world,” Cerutti says. He notes that the Beverly Hills location was designed as a response to three changes that have taken place within the past decade: a transition from a western-oriented industry to a global market, an increased focus on digital sales and channels, and a subtle shift in clients’ tastes, with more than two-thirds of sales now coming from 20th century and contemporary art.

“Los Angeles has become its own art world, so we needed an anchor here,” Inoue adds. “This building is a creative lab that brings people together. It shouldn’t just be about commerciality; it should be a conversation about art, with something for everyone.” The artwork currently on display will be auctioned next month in New York City. (christies.com)