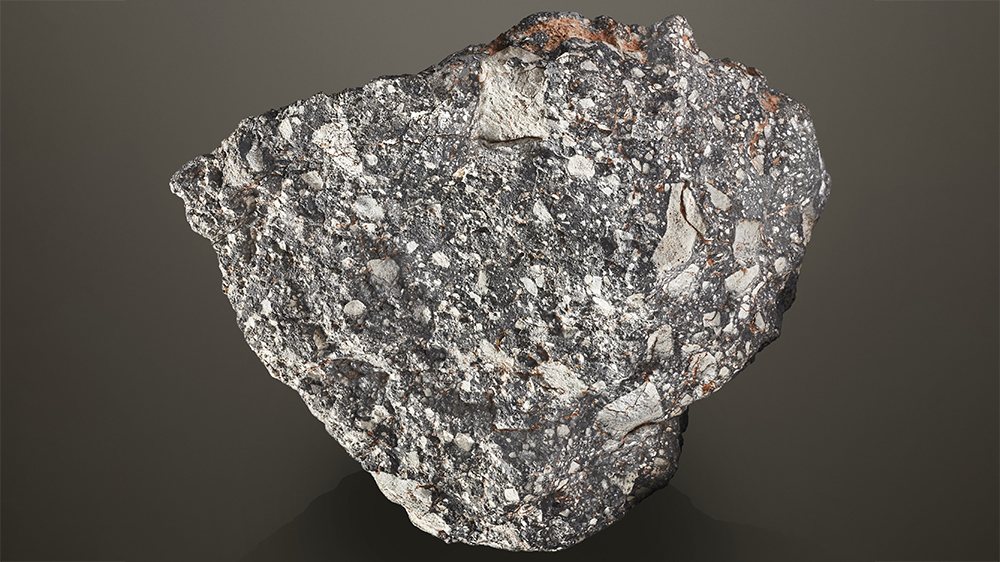 While thousands of meteorites hit the earth each year, most go unnoticed due to their small size and unfortunate landing. But this gargantuan hunk of the moon is simply impossible to miss. Weighing more than 30 pounds, the mesmerizing lunar rock is one of the largest meteorites in existence, and Christie’s has just listed it for private sale.

Moonrock ranks as one of the rarest substances on earth and we currently have less than 1,400 pounds on our home planet. This particular meteorite, known as NWA 12691, was part of a large meteorite shower which fell near the Western Saharan, Algerian and Mauritanian borders, and is presently the fifth-largest piece of the moon on earth. It’s expected to sell in the ballpark of £2 million ($2.5 million at current exchange)—a valuation of roughly $80,000 per pound.

“I’ve been lucky enough to handle a few lunar meteorites at Christie’s over the years, but every time I see this specimen in the warehouse the sheer size of it bowls me over,” James Hyslop, Christie’s head of science and natural history, said in a press release.

Aside from its impressive size, dazzling silver hue and incredible interstellar provenance, the meteorite is packed with rare lunar minerals and gases, some of which are still unknown on Earth. According to Hyslop, it probably landed on earth hundreds—if not thousands—of years ago, after being blasted off the moon’s surface by the collision of an asteroid or comet.

In addition to the 30-pounder, the auction house is also offering a group of 13 aesthetic iron meteorites shaped by terrestrial and extra-terrestrial forces for private sale. It’s one of the most important collections of this type in private hands and is expected to reach around £1.4 million ($1.76 million).

“The experience of holding a piece of another world in your hands is something you never forget,” said Hyslop.

For the right buyer, that’s a great reason to part with a couple mere millions. The meteorites are available for immediate purchase via Christie’s Private Sales.