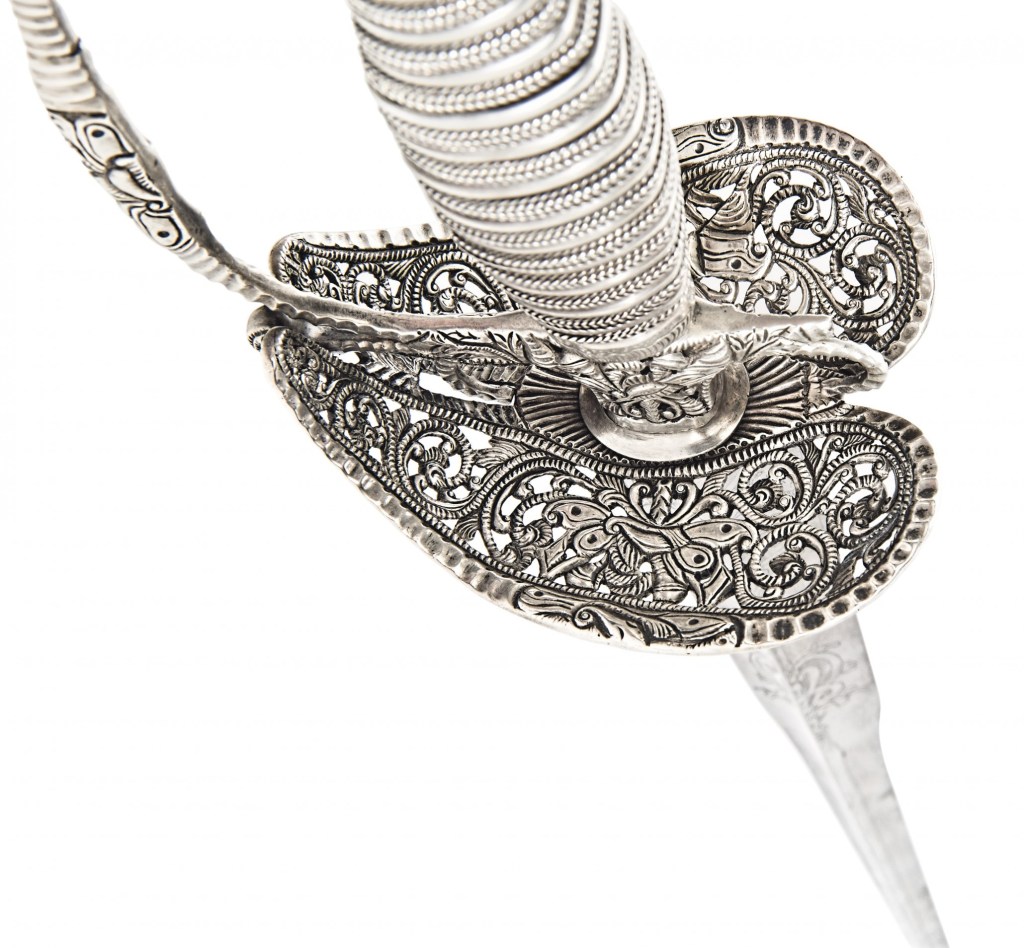 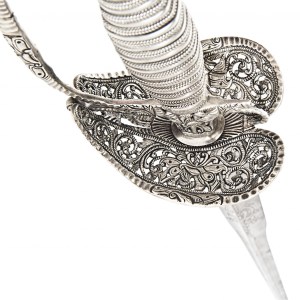 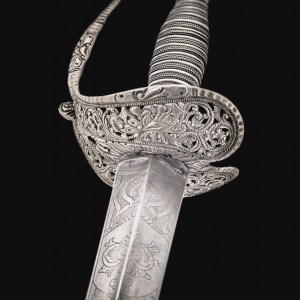 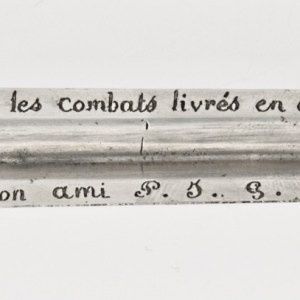 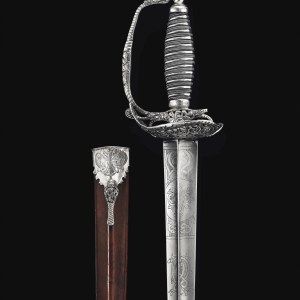 Christie’s sale of Important American Furniture, Silver, Outsider and Folk Art on September 20 will present nearly 150 lots from the 17th through 21st centuries. Leading the sale is The Benjamin Franklin Silver-Hilted Small Sword (estimate: $200,000-300,000), made for him by Samuel Soumaine (1718-circa 1769), Franklin’s neighbor in Philadelphia.

This court sword is a testament to the diplomatic, scientific and intellectual achievements of America’s foremost statesman. After representing his country’s interests in London during the events leading up to 1776, Franklin secured military and financial support from the French government for the American Revolution. His was a victory as great as any fought in combat, since the struggle for American independence depended greatly upon French intervention.

During his nine years in France, Franklin won over the hearts and minds of the people; one of these was Pierre Jean Georges Cabanis (1757-1808), a young student of medicine and philosophy. Both men of the Enlightenment, they shared a love of scientific study as well as a broader interest in humanism, morality and liberty. The two developed a deep friendship and before departing back to America in 1785, Franklin gave this sword to him. Cabanis went on to encompass both politics and science in his career — a physician and physiologist, he became a member of the Council of Five Hundred and later the Senate. After abandoning politics during the rule of Napoleon, he wrote a groundbreaking study on the links between physiology and psychology that saw him hailed as the pioneer of modern neurology.

Until the present sale, the sword has been in the possession of Cabanis’s direct descendants. ‘The sword is a symbol between two countries, two ideals — both of democracy and progress,’ says Emmanuel de Lipkowski, one of the present owners of the sword and a descendant of Pierre Jean Georges Cabanis.

The Important American Furniture, Silver, Outsider and Folk Art auction takes place during Americana at Christie’s New York, a series of live and online auctions, viewings and events, from September 17-22. Other sales include The Private Collection of President and Mrs. Ronald Reagan and online auction of American Art.