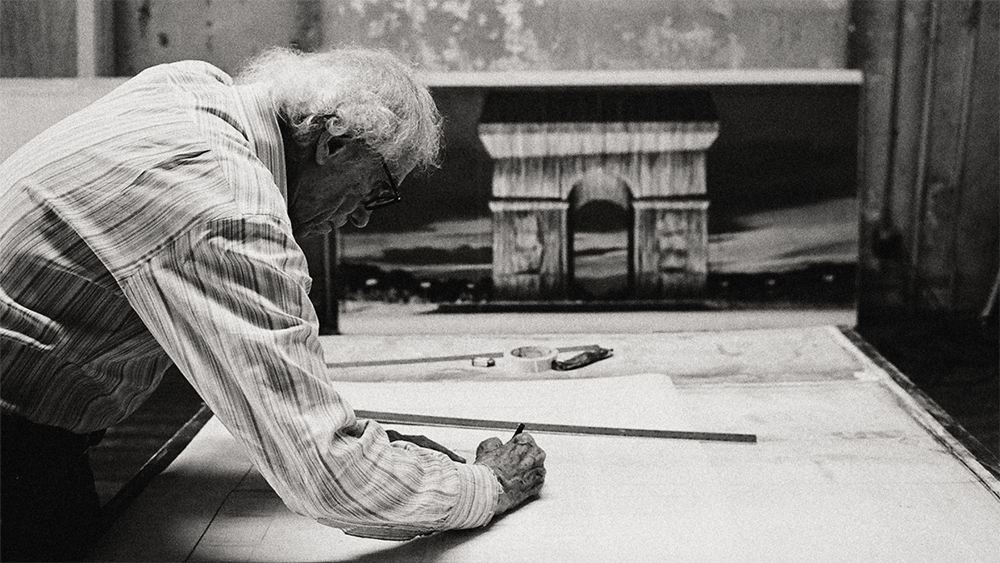 Paris city officials confirmed in June that, after a delay, Christo’s final project—which involves wrapping Paris’s historic Arc de Triomphe in blue fabric—will be realized this September. Now, Sotheby’s is teaming up with the artist’s estate to stage a sale that will bring Christo’s preparatory sketches for the work to market.

Under the title “The Final Christo,” 25 sketches for the installation of L’Arc de Triomphe, Wrapped will be offered for private sale. The works will also be exhibited at the house’s Paris headquarters from September 17 to October 3, to coincide with the unveiling of the wrapped monument.

Prices for the works range from $150,000 to $2.5 million. Proceeds from the sale will benefit the Christo and Jeanne-Claude Foundation and will go toward funding the public project, for which the Champs-Élysées landmark will be covered in nearly 270,000 square feet of polypropylene fabric and nearly 10,000 feet of red rope.

Christo, who died in 2020, began conceiving the work in the early ’60s, though it wasn’t until recently that plans for the wrapping shifted into action.

“It is finally going to happen, 60 years later,” said Simon Shaw, Sotheby’s vice chairman of global fine arts, in an interview with ARTnews.

During his lifetime, Christo regularly sold sketches to support the making of his public projects, which are typically costly to produce. The €14 million ($16.9 million) needed to realize L’Arc de Triomphe, Wrapped was raised through sales of studies and prints from his and his partner Jeanne-Claude’s archives.

Originally scheduled to be mounted this past April but postponed due to the pandemic, the unveiling of the widely anticipated Paris project will likely be “the art event of the year, particularly in a world where many of us have been deprived of access to art,” Shaw said.

Christo and Jeanne-Claude are known for temporarily draping buildings, monuments, and various other public sites in fabric for works known as “wrappings.” Among their most famous large-scale installations is Valley Curtain (1974), for which the couple suspended a miles-long curtain across a Colorado mountain roadway; it lasted just over a day but is regarded as an important work. The two also wrapped the Pont Neuf bridge in Paris and the Reichstag in Berlin.

The last project realized before Christo’s death last year was a massive structure formed from oil barrels on top of London’s Serpentine Lake in Hyde Park in 2018. Jeanne-Claude died at age 74 in 2009.

The artists’ preparatory drafts made for large-scale public art projects have proven to be coveted items among collectors. A study for one international public art project, The Umbrellas, Joint Project for Japan and USA (1991), sold in February for €1.7 million ($2.06 million), more than eight times its pre-sale estimate, and set a new record auction price. Another study from the series likewise played well with buyers, making €1.22 million ($1.5 million), five times its estimate of €200,000. 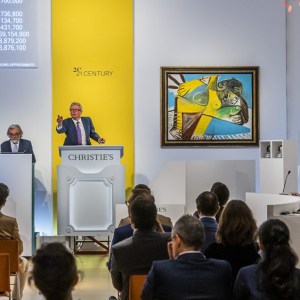