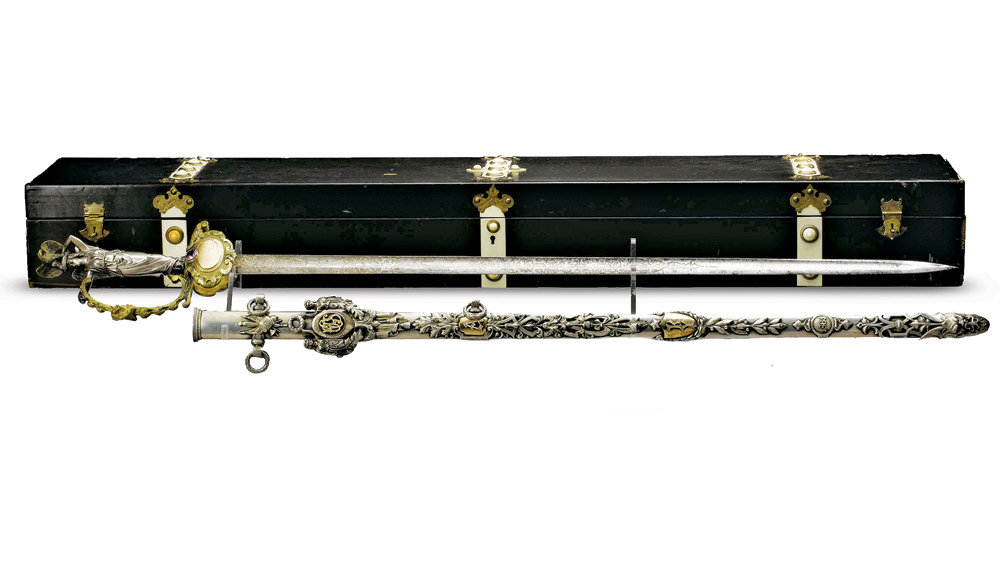 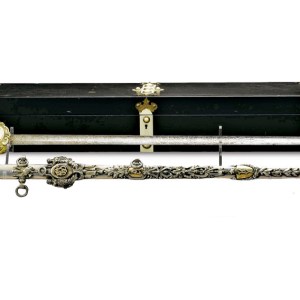 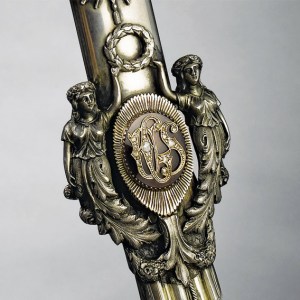 Rarity and provenance impact the value of union and confederate items; the calendar does not.

Ray Richey went to his first Civil War memorabilia convention 28 years ago, in Richmond, Va., intending to buy an antique sword and musket to hang on a wall in his office at his oil business in Texas. But, he says, “what began as a little thing kind of got out of control.” By 2006, when Richey opened the Texas Civil War Museum in Fort Worth, his collection included roughly 10,000 items.

His prizes include a jeweled presentation sword given to General Ulysses S. Grant in 1864 by the citizens of Kentucky and the personal battle flag of Confederate General J. E. B. Stuart. Richey declines to divulge the prices he paid for the items, but in earlier sales through Heritage Auctions, the sword sold (in 2007) for $1.6 million and the flag (in 2006) for $956,000.

A series of Civil War–related sesquicentennials began in 2011 and will conclude in April of next year with the 150th anniversary of the surrender of Confederate forces at Appomattox, Va. In other memorabilia markets, demand and supply tend to increase around significant anniversaries, but the experts say that is not the case with Civil War items. The demand from collectors such as Richey remains steady year after year, and exquisite pieces such as General Grant’s sword and General Stuart’s flag appear whenever their owners or inheritors are ready to part with them.

Regardless of when it reaches the market, Confederate material tends to command higher prices for the simple reason that it is scarcer. Wes Cowan, president and principal auctioneer of Cowan’s Auctions in Cincinnati, cites photographs as an example. “There are 20 Union-soldier tintypes [portraits] for every Confederate one,” he says. “Once the war began, it was really hard for photographers to ply their trade in the South. You see a lot of Confederate images early in the war, but as the war ground on, fewer and fewer were made.”

As with most collectibles, a good backstory supported by historical records will also increase an item’s value. Relics worn or wielded by key figures such as Grant and Stuart have obvious appeal, but a standard-issue cavalry sword that can be placed in the hands of a specific soldier, however low ranking, at a specific battle is more valuable than one worn by a soldier who spent the war performing guard duty or one that cannot be linked to a particular person. “Things with a significant provenance will bring more money,” says Marsha Dixey, a specialist at Heritage. “Things that don’t have as much provenance are not going to be as strongly contested as pieces with documentation and a pedigree.”

The J. E. B. Stuart flag sold at Heritage shows how important provenance can be. The 34-inch-by-34-inch cloth banner bearing the Stars and Bars is blemished with holes and tears and is missing an entire corner. But its line of descent traces directly from Stuart’s widow, Flora, who sewed it, to the general’s great-grandson, J. E. B. Stuart IV.

After he began collecting, Richey learned that his great-great grandfather fought in a Confederate regiment from South Carolina. “To be able to look at and hold these objects is a privilege for me,” he says. “I get excited every time I get a new piece.”