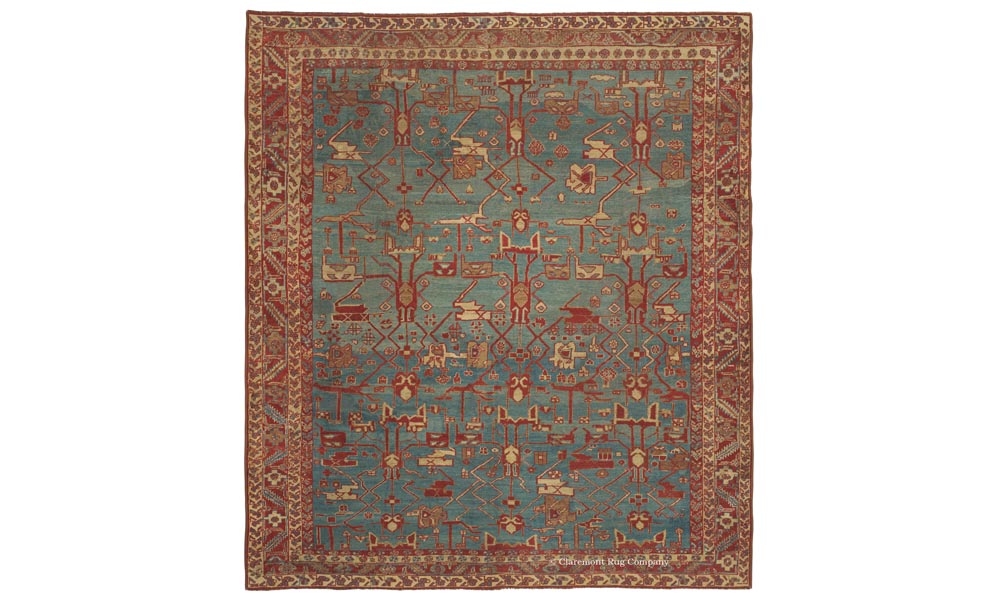 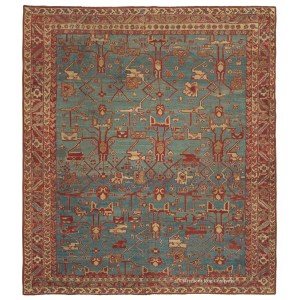 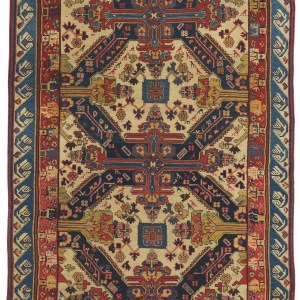 OAKLAND—January 23,  2014—Jan David Winitz, an eminent art dealer who specializes in antique Oriental rugs, today announced that his gallery, Claremont Rug Company, has mounted its third annual online exhibition of the “best of the best” 19th century Persian carpets and tribal rugs sold during the previous year. A total of 40 world-class antique rugs in a variety of Persian and Caucasian weaving styles are on display.  The exhibition can be accessed via http://www.claremontrug.com/best-antique-oriental-rugs-2013/.

“The response from our clients as well as the art and antique collecting communities to our first two exhibits in 2011 and 2012 was strong, but this year it has been phenomenal,” said Winitz, author of “The Guide to Purchasing an Oriental Rug.” He noted that connoisseurs in 45 countries had viewed the exhibition within the first 24 hours of its online launch.

“In 2013, we were quite fortunate to have acquired the Chappaqua Family Collection as well as several other smaller troves from which the antique rugs in the exhibition were chosen,” he said. The Chappaqua Collection, more than 100 pieces from the Second Golden Age of Persian Weaving, ca. 1800 to ca. 1910, was represented by 19 rugs in the exhibit. Antique rugs from this era are prized by Oriental rug connoisseurs and art collectors as this was the final period before the artistry and quality of Near Eastern rug weaving was irreversibly compromised by commercialism, including the replacement of natural dyes by chemical processes.

Founded by Winitz in 1980, Claremont Rug Company‘s inventory is comprised of art-level Oriental rugs acquired privately by the Gallery through its extensive team of buyers.  ”Our unique access to rugs from long-established private rug collections provides us with unprecedented access to pieces of extraordinary quality and provenance.

“The rugs chosen are at the pinnacle of their respective weaving groups,” Winitz said, “and are in superb condition.  Many have never been seen outside the private collections where they resided.”

He said that many of the rugs in Claremont’s best-of-the-best web exhibition “would undoubtedly have appeared in the rug literature” had they not been in private collections for up to four generations.  Rugs of particular note are:

“We have clients on five continents and many have lifestyles that don’t allow them to visit our San Francisco area Gallery in person.  As a result, the close to 1000 images of antique rugs that we have on our website and our online exhibitions are a tremendous asset to them,” he said.

The Claremont (www.claremontrug.com) inventory is comprised of nearly 4000 Oriental rugs, all from the Second Golden Age of Persian Weaving.  Individual rugs are valued from $20,000 to more than $500,000 per carpet.