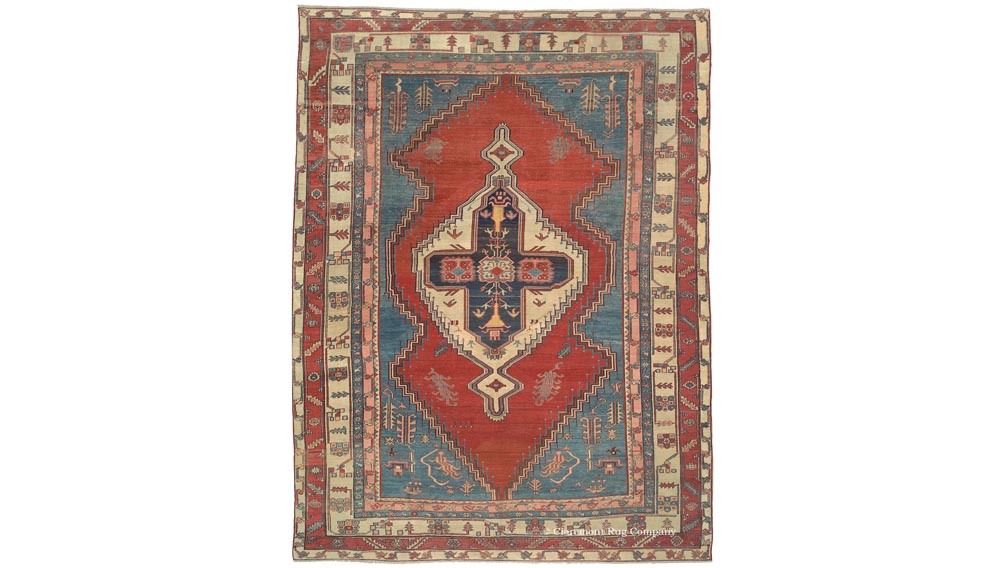 A total of 40 world-class antique rugs in a variety of Persian and Caucasian weaving styles are on display. The exhibition can be accessed via http://www.claremontrug.com/2014-annual-major-antique-rug-retrospective/.

“The response from our clients as well as the art and antique collecting communities to our first three exhibits was tremendous,” said Winitz, author of “The Guide to Purchasing an Oriental Rug.” He noted that clients and connoisseurs from more than 55 countries had viewed the event last year.

“The ‘Best of the Best Rugs Sold in 2014’ online event contains rugs from 23 weaving groups, all of which present extremely innovative pattern language and exotic dyes, many of which came from natural dye recipes that have now been lost,” said Winitz. The prized weaving styles that contain the most entries are Caucasian rugs (10 pieces) and Persian Bakshaish rugs (seven pieces).

He also noted that all of the rugs in the exhibit are either “museum-level” or  “high-collectible,” the second tier of Claremont’s proprietary six-tier Rug Pyramid©, which classifies rugs by their rarity and collectability as fine art and antiques.

Founded by Winitz in 1980, Claremont Rug Company‘s inventory is comprised of art-level Oriental rugs acquired privately by the Gallery through its extensive team of buyers. “We have unprecedented access to rugs from long-established private rug collections through our extensive global network of buyer/collectors who seek out rugs of great beauty and provenance.

“The rugs chosen are at the pinnacle of their respective weaving groups,” Winitz said, “and are in superb condition relative to their 140 to over 200 years of age. Many have never been seen outside the private collections where they resided.”

Rugs of particular note are: