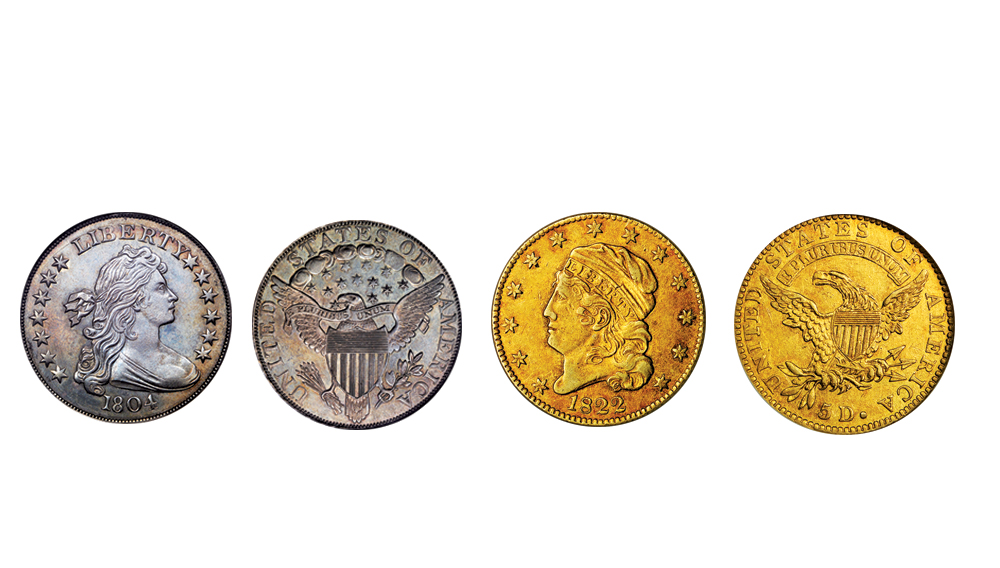 A series of auctions of the $200 million Pogue collection has begun.

How do you sell the most valuable U.S. coin collection ever assembled? This is the question that Vicken Yegparian and his colleagues at Stack’s Bowers Galleries faced when real estate investor D. Brent Pogue turned to them last year to disperse the coins that he began collecting as a teenager four decades ago. Calling Pogue’s collection peerless is akin to saying that water is wet: The description is accurate but insufficient. If it is the rarest U.S. coin or the finest example of one, Pogue almost certainly owns it. The value of his collection is estimated at $200 million. (The face value of the coins is $769.14.) The next most valuable coin collection to go to auction was the $60 million John J. Ford Jr. collection, which Stack’s Bowers sold in a series of 24 auctions over a 10-year span that began in 2003.

Stack’s Bowers chose to offer the Pogue collection in a more compact fashion, partnering with Sotheby’s and dividing the 650-odd coins into a series of seven auctions that began in May of this year and will conclude in May 2017. The next sale, the second in the series, is scheduled for September 30 at Sotheby’s Manhattan showroom. “It is a relatively aggressive sales plan,” says Yegparian, vice president for numismatics at Stack’s Bowers. “We want enough in each to woo and attract new bidders, but we don’t want to overburden any one auction with too much material.”

At the initial Pogue-collection auction, held May 19, the 128 consigned coins sold for a total of $25.3 million. A likely top lot at the September 30 sale is a 1794 silver dollar that carries an estimate of $3 million to $5 million. “It’s just so original,” Yegparian says. “You can tell it sat in a coin cabinet or a box literally untouched for the last 200 years.”

Pogue watched the first auction in person and will likely attend the others. Yegparian says he possesses three key qualities for a coin collector: financial resources, the savvy to build a network of friends and dealers who could help him in his quests to acquire rarities, and a great eye. “At the end of the day, he’s the curator of this collection,” Yegparian says, adding that not just anyone can assemble a collection like Pogue’s. “It’s a feat. We hope it’s repeated, but we’re not going to bank on it.”

Each of the coins considered Pogue’s most valuable—the Sultan of Muscat Class 1 1804 silver dollar and an 1822 Half Eagle that is the only example in private hands—carries an estimate of $6 million to $8 million. Yegparian remains mum on when they will go to auction. Only one coin—a 1794 Flowing Hair silver dollar sold by Stack’s Bowers in 2013—has crossed the eight-digit threshold at auction. Either or both of these coins could surpass the Flowing Hair’s $10,016,875 price and set a new world record for a coin sold at auction.

The Half Eagle is infamous for eluding generations of noted collectors—J. P. Morgan offered $35,000 for one owned by William Forrester Dunham in 1913 only to be rebuffed. Pogue’s father, Mack (also a real estate investor), helped with his son’s early acquisitions, including the Half Eagle, which they purchased in 1982 for $687,500. The 1804 silver dollar was dubbed the king of American coins as far back as the 1880s. The Sultan of Muscat example, named for a past owner, is considered the finest of the eight Class 1 1804 silver dollars in existence. It set a world auction record in 1999 when Stack’s Bowers sold it for $4.1 million.