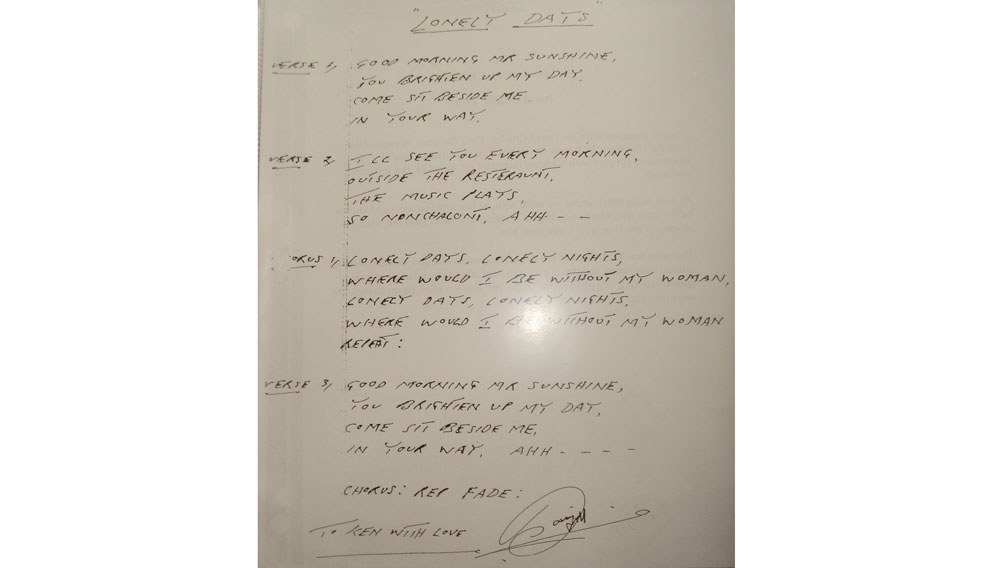 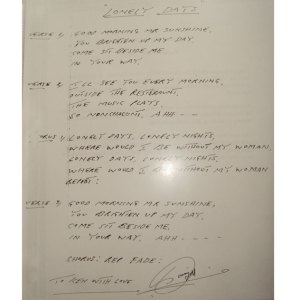 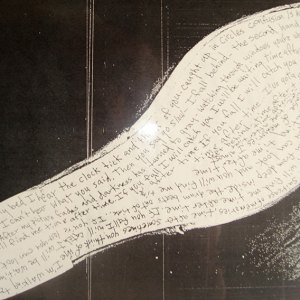 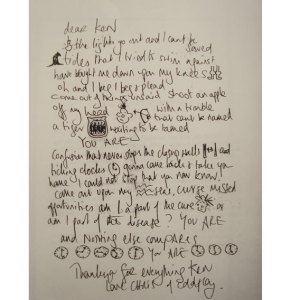 For 35 years, the television producer Ken Ehrlich has let his imagination run wild creating the annual Grammy Awards telecast. His inventiveness has brought viewers unforgettable “Grammy moments” such as Elton John’s duet with Eminem, an improbable reunion of Simon and Garfunkel, and Aretha Franklin’s debut as an opera singer. His inventiveness—and apparently, his persuasiveness—has also brought Ehrlich a collection that is unlike any other in the world.

For a personal memento of each show, he asks musicians to write out the lyrics to the songs they performed. “Little did I know the response that I would get,” Ehrlich says. After 20 years of requests, he has about 140 lyrics representing a who’s who of contemporary music. Paul Simon scrawled out “Bridge Over Troubled Water.” Eric Clapton penned “Tears in Heaven” and Elton John did “Our Song.” There is Bob Dylan (“Blowin’ in the Wind”), Paul McCartney (“Blackbird”), Sheryl Crow (“All I Wanna Do”), and a photo blowup of Joni Mitchell taken by Graham Nash with the lyrics of “Our House” written around the border. Cyndi Lauper created a soft sculpture with “Time After Time,” writing the lyrics around a pair of shoes. “Chris Martin of Coldplay has given me two lyrics,” Ehrlich says, “and both of them were in the form of rebuses, where letters and symbols are combined in sentences.”

Ehrlich originally intended to hang all of them on his office walls. Now they are too valuable for that. He keeps the originals stored (“not in my home or in my office”), with a few framed copies at his house. Whether originals or copies, they offer a surprisingly intimate glimpse into creative genius. Strip away the computer keyboard, Auto-Tune, backup singers, and instruments, and each song comes down to just a single hand, putting pen to paper.