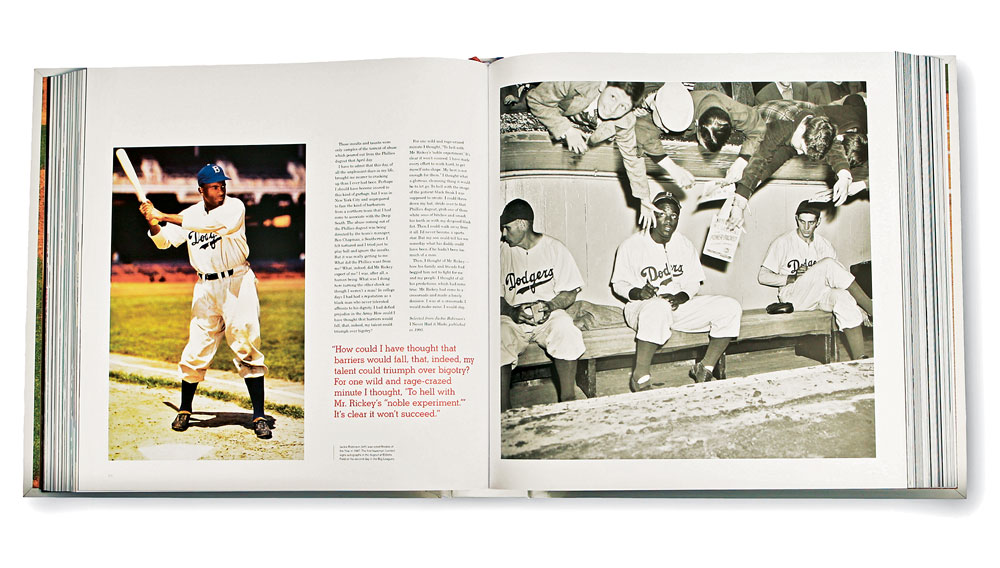 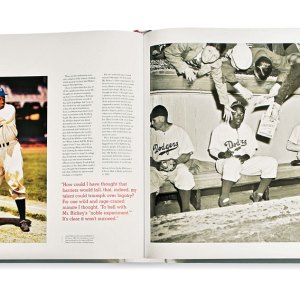 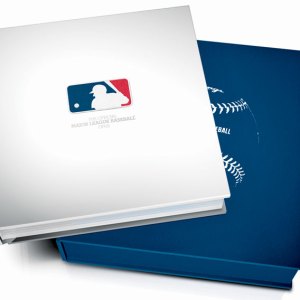 If the Major League Baseball Opus Marquee Edition had a trading card, the back would read something like this: pages: 790; size: 20 x 20 inches; weight: 75 pounds; images: 1,000+; words: 110,000+; cost: $3,000. The new tome’s supersize dimensions (and price tag) may bring to mind baseball’s steroid era, but the contents of this latest work from Opus Media Group reflect the class, style, and finesse of the game’s glory days.

London-based Opus, which in 2006 released a similarly sized book on football’s Super Bowl, is producing only 1,000 examples of the Major League Baseball Opus Marquee Edition. (A smaller and lower-priced Classic Edition, as well as Major League team-specific versions, will also be available.) The volume chronicles the great American pastime from the first recorded game in 1846 to the present. “It’s the definitive publication on the greatest sport in the world,” says Mark Skelly, president of Opus Media Group Americas. “Because of our partnership with Major League Baseball, we can offer images and content unavailable to any other publication.”

Indeed, more than half of the photos in the Major League Baseball Opus are exclusive to the book, and many of the images have never before appeared in print. During the selection process, Opus’ creative and production teams pored over hundreds of thousands of pictures from the Major League archives. They reproduced the selections with an eye toward retaining each image’s original character while achieving the sharpest picture possible. “It was similar to restoring great pieces of art,” says Dot McMahon, the project’s creative director. “We’d sometimes spend a full day on a single image.”

Overall, the Major League Baseball Opus required roughly two years to complete. The publication joins eight other large-scale works from Opus, including the 950-page, 90-pound Super Bowl volume (which sold out) and books on everything from the Manchester United soccer club to pop legend Michael Jackson. Each project costs more than $1 million to produce and includes never-before-seen images and editorial.

The baseball book, which will ship in time for the World Series in October, features contributions from more than 50 writers, including a forward by Roger Kahn. The book also offers excerpts from memoirs by such players as Jackie Robinson and a section on streaks by ESPN’s Tim Kurkjian.

Skelly, who oversaw the project, appreciates that baseball is a game of statistics and says he wanted the book to set records that could not be broken. “There will never be anything like it—ever,” he claims. The book will, however, soon have new siblings in the Opus portfolio: The publisher is working on volumes about Ferrari, the South African rugby team Springboks, and the Barcelona soccer club.