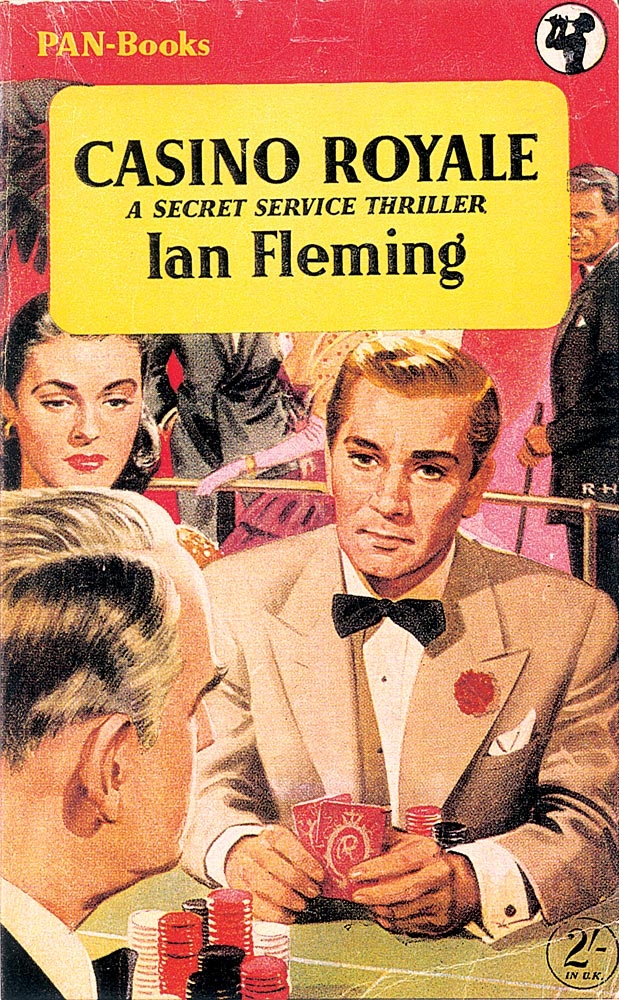 Before Daniel Craig, before Pierce Brosnan, even before Sean Connery, there was Ian Fleming—the English novelist who gave life to secret agent James Bond in 1953 with his first book, Casino Royale. To celebrate the centenary of the author’s birth in 1908, international auction house Bonhams, in conjunction with the Fleming Collection, will exhibit the book covers that helped define the world’s sauciest secret agent.

“We’re trying to bring it back to where it all started,” says Selina Skipwith, who is the curator of the exhibition—titled Bond Bound—and the keeper of art for the Fleming Collection, a London-based gallery.

Before becoming a novelist, Fleming explored occupations in banking, journalism, and even the British navy during World War II. Fleming’s passions and experiences are said to have been the inspiration for the Bond novels, which he published like clockwork. Each year, Fleming would retire to his Jamaican estate, Goldeneye, to write the next installment in the Bond series.

The Bond Bound exhibition kicked off in April at the Fleming Collection gallery in London and will visit 10 more cities around the globe by next summer. Coordinating with the U.K. launch in October of the new Bond film, Quantum of Solace, the exhibition will be transported from the United Kingdom by the famous English cruise liner Queen Mary 2 to Bonhams’ New York gallery, then shuttled across the United States for a November showing in Los Angeles to coincide with the U.S. movie premiere. Although the book covers are not available for purchase, the show is open to the public and serves as a reminder that the most famous member of Her Majesty’s Secret Service got his start in print, not on film. “Fleming was a huge book collector himself, even before he came up with the idea of Bond,” Skipwith says, pointing out that the author had strong feelings about how a book should look—especially his own. The items on display include book jackets by artists commissioned for Fleming’s 12 Bond novels, which have been released in countless international editions. “It’s a combination of some of the more interesting and unusual original covers,” says George Plumptre, U.K. board director and head of the chairman’s office for Bonhams. “The exhibition is trying to show a flavor of the whole variety—the way that the book covers are works of art in their own right.”

Both the covers and the text of Fleming’s novels portray a Bond character that, through a similar portrayal in the films, has become synonymous with danger, charisma, and sexuality. Many of the Bond covers present images that test viewers’ comfort zones, as art sometimes does, and are considered scandalous in some markets. “In Europe, the publishers have always been quite happy with having practically nude women on the covers,” Skipwith notes. “But the U.S. covers haven’t favored that so much. In the States, they would rather show guns than nudity.”

What You Need to Know About Amazon Prime Day 2020

Poshmark Preps IPO as Secondhand Fashion Keeps on Keeping on