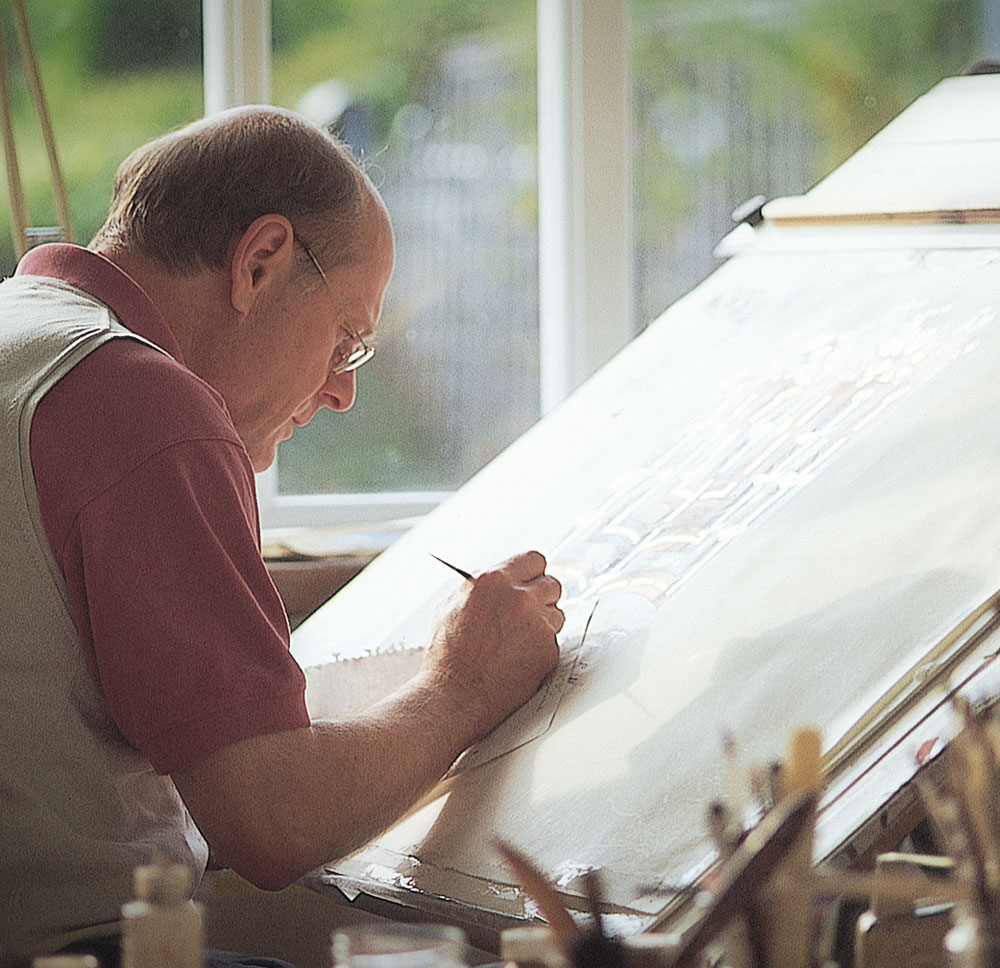 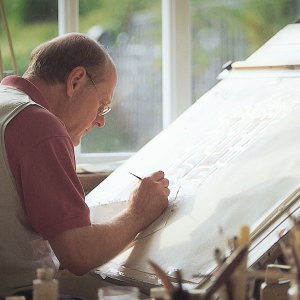 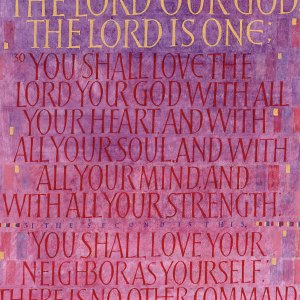 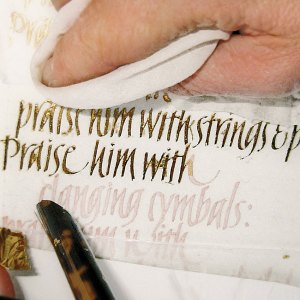 The words of God have dominated Donald Jackson’s life for the last seven years. The British calligrapher is in the latter stages of rendering the first entirely hand-lettered and hand-illustrated Bible since Gutenberg invented the printing press more than 500 years ago.

Jackson, whom Queen Elizabeth II employs as her personal calligrapher,  estimates that he has at least two more years of work to do on the Bible. Every six months or so, he escorts the finished vellum (a paper made from calfskin) pages—each of which represents months of toil by him and the small team of scribes and artists whom he directs—from his workshop in Wales to Collegeville, Minn., home of Saint John’s, the Benedictine abbey and university that is sponsoring the project. Jackson had conducted several calligraphic conferences at the campus before he proposed the Bible idea in 1995 to its representatives, who embraced it as a means of marking the new millennium.

These trips are never just drop-offs. While in Minnesota, Jackson discusses his progress with various Saint John’s committees, sits for media interviews, and greets people who have donated money to the endeavor, which is expected to cost more than $4 million for the craftsmen’s salaries, materials, and other expenses.

“I try not to use the word ‘facsimile,’ because there is no facsimile of a written book,” Jackson says of the Heritage Edition. “The challenge is to translate the spirit of the original.” That spirit includes the feel of the pages (the Heritage Editions are printed on 100 percent cotton paper), the brightness of the colors of the lettering and illustrations, and at least one quirky charm of the original. Jackson calls this feature “show-through,” a phenomenon in which the illustrations and lettering on the following page manifest as faint shadows on the page that the book is opened to. “The paper [for the Heritage Edition] is sufficiently opaque that you wouldn’t see that,” he says. “But if we did it [the show-through] exactly like it looks on the vellum, it would be annoying to the reader.”

Jackson manipulated the Heritage Edition’s digital layouts to impart the optimum amount of show-through to the pages. “You get the spirit of it without the obtrusiveness,” he says. “That’s one of the fascinating things. I’ve never seen that done before. Modern technology can be so flexible, you can actually create something with it that you would not have been able to 10 years ago. Really, what’s happened here is a crafted book.”