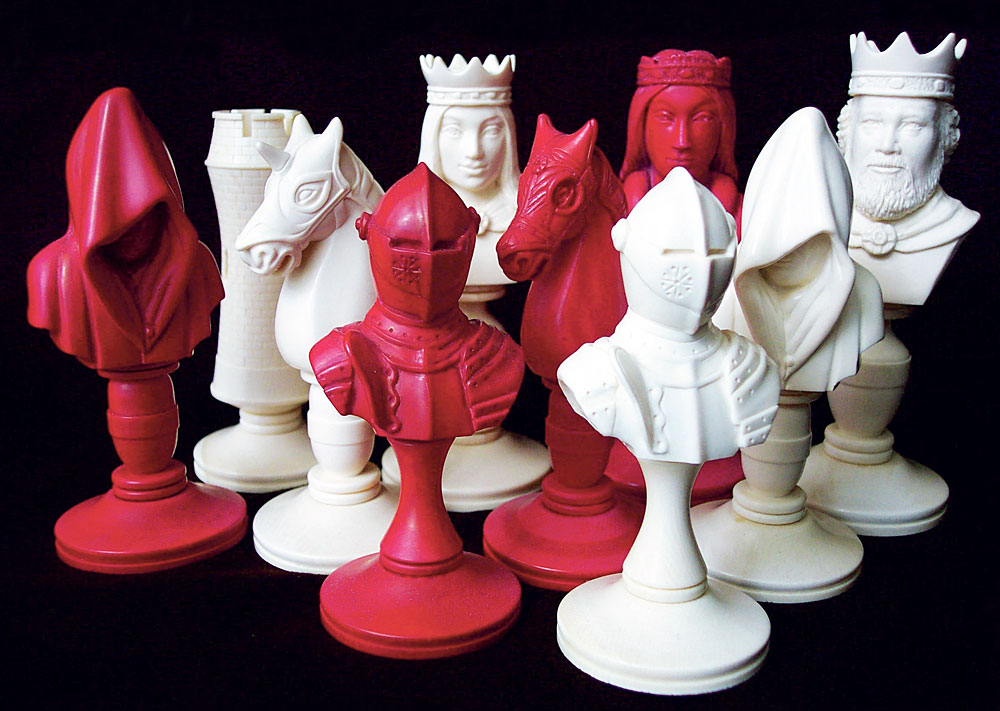 Elizabeth Gann, a dealer in chess sets and boards, has no storefront and rarely allows clients into her home, near Boston, where she displays about 20 sets. Her policy reflects canny thinking, the sort of strategy needed to win a chess game.

Gann, who is 64, has been a dealer for almost 10 years and a collector for far longer; when she was a girl, her family traveled constantly, and during those trips she purchased dolls and chess sets as souvenirs. At the age of 20, she accepted a job as a ticket agent with American Airlines, which enabled her to resume traveling the world, gratis. In her journeys, she continued to acquire sets, scouting antiques fairs and flea markets in Britain, Russia, Italy, France, Spain, and Mexico, until she had gathered more than 300. (She left the airline shortly before she married in 1970; she and her husband divorced in 1989.)

Half of the 20 sets in her house belong to her personal collection. Clients who have visited and taken a fancy to these sets have tried to convince her to sell, and, to her dismay, some have succeeded. She still mourns the sale of a mother-of-pearl board that she acquired in Russia in 1998. “A customer talked me into selling it. It was glorious, and now I can’t find a replacement. That’s why I make a habit of not letting my customers come to the house anymore,” she says with a rueful chuckle. Now she conducts most transactions over the phone or through e-mail.

Gann began selling chess sets in 1998, when she placed one of her sets in a Boca Raton, Fla., gift shop that a friend of hers ran. “I noticed that the men were bored as their wives shopped for dolls, so I brought out a chess set,” she says, recalling that its royal blue and royal purple pieces were made from crushed stone, and that both kings were rendered as Louis XIV. “I didn’t even finish setting up when I heard, ‘I’ll take it.’ I think I made $800.”

To avoid selling her entire collection, Gann began offering contemporary chess sets and boards, as well as a few antiques. She now can deliver more than 100 different styles, and she characterizes her wares as “anything but Staunton,” referring to the design by 19th-century English chess master Howard Staunton that standardized the appearance of modern playing pieces. (She makes an exception for the 4.4, the type of Staunton set used in chess tournaments and named for the 4.4-inch height of its king pieces.)

Among the contemporary sets that Gann offers are those made by Oleg Raikis, a Russian sculptor who carves limited-edition chess sets from woolly mammoth ivory and rare woods. Gann brokers most of Raikis’ North American sales, which involve sets commissioned for minimum fees of $18,500. His work is shown above and within the “21 Ultimate Gifts” feature (see “Game On,” page 212).

Gann served as Raikis’ muse during his September visit to the United States. “I told him that no one had done a chess set based on the Venetian Carnival. I’d done the research, and I had a client interested in such a set,” she says. “His eyes lit up.”