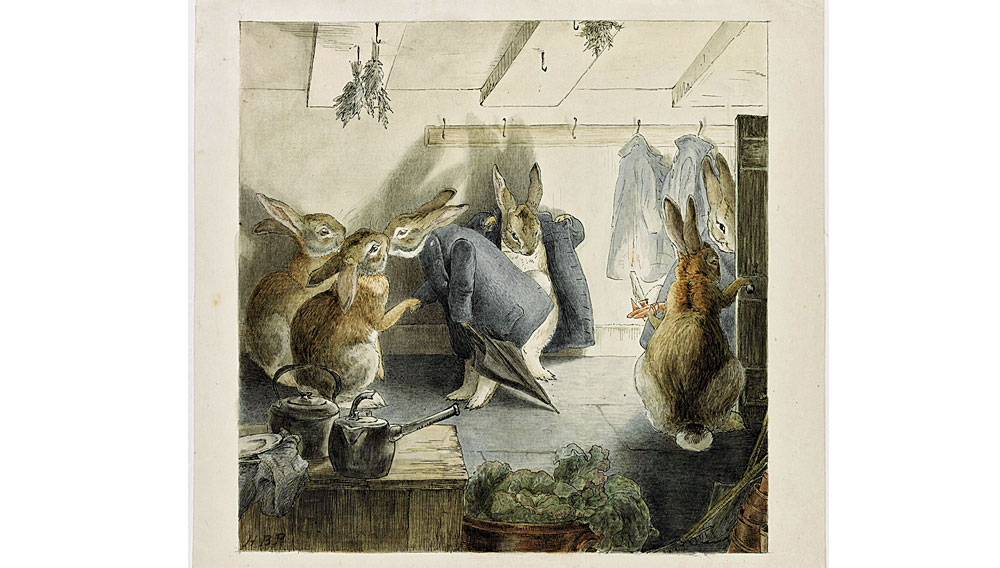 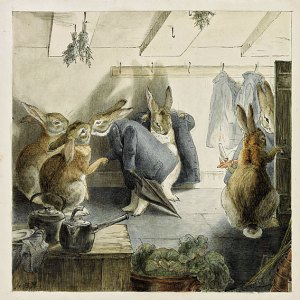 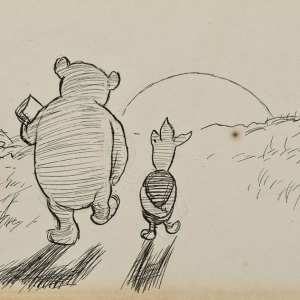 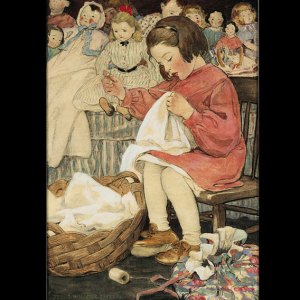 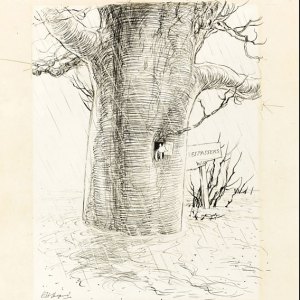 Before Heritage Auctions acquired the estate of Garth Montgomery Williams, Ed Jaster—a senior vice president at the auction house—was not familiar with the artist. “I had never heard of him,” he admits. But like anyone else who has ever read Charlotte’s Web (or only looked at the pictures), Jaster had long been acquainted with Williams’s work. At an October 2010 sale of Williams’s illustrations from E. B. White’s 1952 children’s classic, Jaster learned just how highly collectors regard that work: They paid an average price of nearly $16,000 for each page. The cover illustration, depicting young Fern Arable holding Wilbur the pig and gazing at Charlotte the spider, fetched $155,350, far above its highest presale estimate of $30,000.

Justin Schiller, a New York–based antiquarian bookseller and illustration-art gallery manager specializing in children’s books and children’s-book illustrations, placed the winning bid. “At that price, my colleagues thought I was buying for a private client. It was a shock to them to learn that I was paying for inventory,” he says. “But it’s a great picture. There’s nothing more iconic in that book than the front cover.” Schiller is offering the cover art, consisting of a line drawing and a separate watercolor, for $225,000.

The Charlotte’s Web cover is one of several children’s-book illustrations that recently have commanded six-figure sums. Originals from Winnie-the-Pooh approached $200,000 last year; two early-20th-century pieces by American illustrator Jessie Willcox Smith crossed the $300,000 threshold in 2011; and in 2008 a 19th-century Beatrix Potter work set the world auction record for any book illustration when it sold for £289,250 ($578,000 at the time). Jaster credits this spate of impressive sales to a long-standing demand from collectors and a recent rise in supply from the auction houses. “The demand for first-tier children’s-book art has always been strong, so most of the time it is really just a matter of the work becoming available,” Jaster says.

The number of artworks commissioned for children’s books is limited, of course, by the number of titles published and the number of illustrations in each book, but some of the art is especially scarce. The market rarely if ever includes originals from books by Maurice Sendak (author and illustrator of Where the Wild Things Are) or Theodor Geisel (aka Dr. Seuss), because both donated their archives to institutions—Geisel to the University of California, San Diego, and Sendak to the Rosenbach Museum and Library in Philadelphia. However, Geisel did produce material related to the art in his books, and occasionally some examples become available. In December in New York, Bonhams sold a 16-by-23-inch Geisel drawing for $15,000 against an estimate of $2,500 to $3,500. The drawing, showing a seemingly endless procession of ducklike creatures each holding an egg between its feathery thumbs, recalls imagery in Geisel’s 1953 book Scrambled Eggs Super! The seller was the estate of the friends for whom Geisel had drawn the image. “Most Seuss pieces with wonderful prov­enances are quick sketches or drawings done in books,” says Christina Geiger, director of fine books and manuscripts for Bonhams. “This is not a sketch, but a finished piece. Only a couple of comparable pieces have gone to auction.”

The value of those drawings notwithstanding, the most sought-after illustrations are the ones that actually appeared in children’s classics. Last June in New York, Bonhams auctioned for $194,000 an E. H. Shepard pen-and-ink from Winnie-the-Pooh showing Pooh and Piglet strolling into the sunset. “Every children’s story ends with the bedtime moment. This is the bedtime moment,” says Geiger. “That’s the moment we hold with us from our own childhoods, the warm, fuzzy, safe childhood moment, the goodbye moment.”