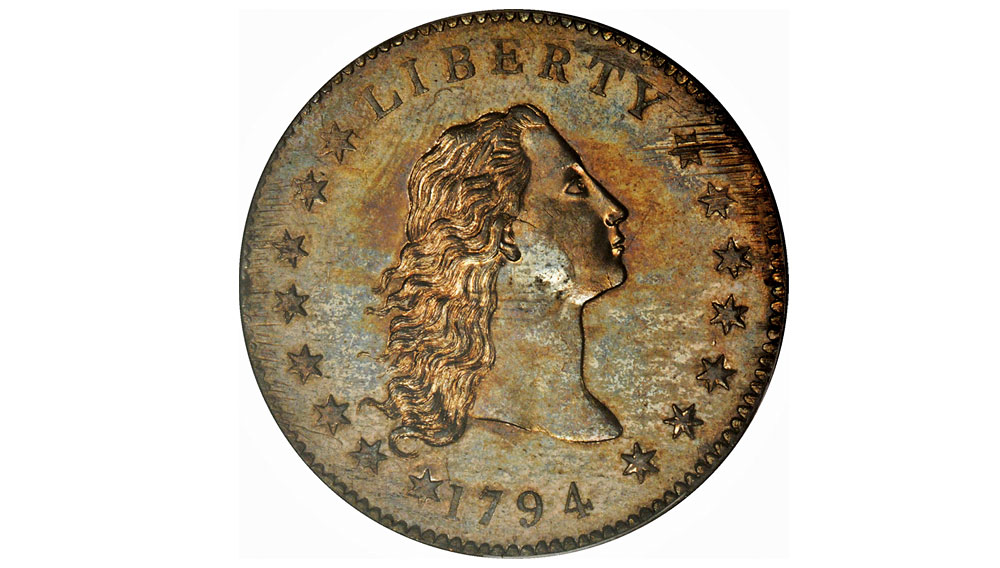 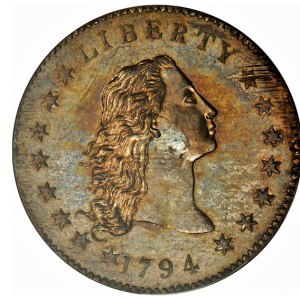 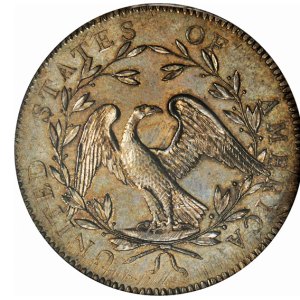 A dollar is not worth what it once was, especially if it is a particular Flowing Hair silver dollar from 1794. That coin should sell for at least $5 million during the annual Stack’s Bowers Americana auction January 22 through 24 in New York City. The name references the lush locks of the woman rendered on the coin’s obverse, or front. The then-fledgling United States Mint produced 1,758 of these silver dollars, and fewer than 150 survive. Some experts believe (though they cannot prove) that the example in the auction is the first silver dollar ever struck by the mint. Two years ago, this same 1794 silver dollar reportedly changed hands in a private sale for $7.85 million—a world record price for any coin.

The Stack’s Bowers sale is one of two high-profile American-coin auctions scheduled for January. From the 9th through the 13th, during the Florida United Numismatists (FUN) convention in Orlando, Fla., Heritage Auctions will conduct a sale that could include a Class I 1804 silver dollar. Only 15 1804 silver dollars exist, and only eight belong to Class 1, a term that identifies the earliest group minted. Heritage last sold the coin, known as the Mickley-Hawn-Queller example (named for previous owners), in 2008 for $3.7 million.

Though U.S. coins are relatively new compared to those from other countries, they are the ones that have been setting records in recent years; the highest price ever paid at auction for a coin was the $7.6 million spent on a 1933 Double Eagle $20 gold coin during a 2002 sale conducted jointly by Stack’s Bowers and Sotheby’s. “There’s a long tradition of collecting in America,” explains Vicken Yegparian, vice president of numismatics for Stack’s Bowers. “Unlike Europe, where kings and royalty collected coins and they ended up as state collections, in America, a market grew up.”

In the 1880s, a Class 1 1804 silver dollar (not the example from the Heritage sale) became the first U.S. coin to break the four-figure barrier at auction when it sold for more than $1,000. “We have a jump on other countries,” says Laura Sperber of Legend Numismatics, a coin dealership in Lincroft, N.J. “Russia and China have been emerging markets over the past decade, but they’re probably 50 years behind us as far as their collector bases go. They have coins that are equally rare, but they don’t have the value.”

Third-party grading services, chief among them Pro­fessional Coin Grading Service (PCGS) and Numismatic Guaranty Corp. (NGC), arrived in the mid-1980s and completely transformed the market. “The U.S. was the first to embrace standardized grading,” says Jim Halperin, cochairman and cofounder of Heritage Auctions. “Thirty years ago or so, every American dealer had his own grading service. PCGS and NGC came in and taught people to grade the same way. As a result, coins from the United States became more liquid than those from other countries.”

A number of experts believe that a coin will sell for more than $10 million at auction sometime in the next 10 years. While there is no consensus on which particular coin will garner that price, they all agree that it will be one that was minted in the United States. “America is the biggest market, with the most demand,” says Halperin. “I know of at least one coin that would bring that price now if it were on the market, and probably more than one.”