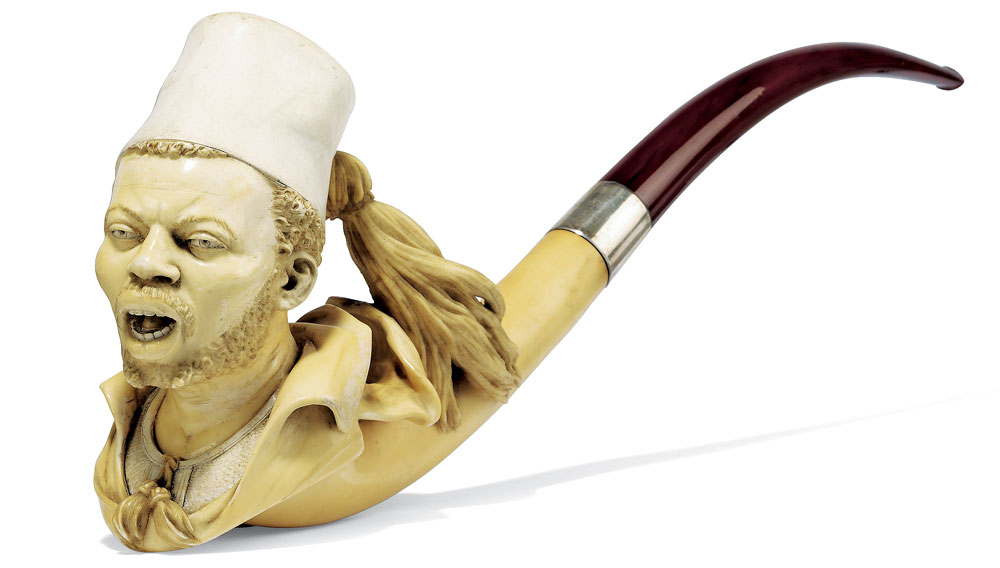 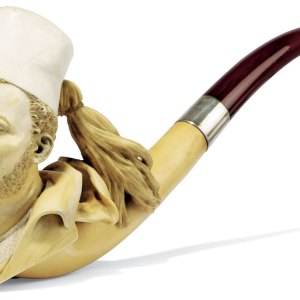 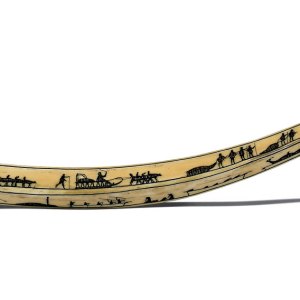 Trevor Barton loved to talk about his pipes. The British appliance salesman, who died in 2008 at the age of 88, amassed over the years one of the world’s most comprehensive collections of the smoking devices, which he displayed in his family’s 16th-century English cottage for friends—and near strangers—to enjoy. “Dad loved sharing his collection,” says Barton’s son, Trevor Barton Jr. “Fellow enthusiasts would write to him, and Dad would invite them to visit our home. He’d sit for as long as they wanted, sometimes for eight hours, admiring the pipes.”

One of Barton’s favorite show-and-tell subjects was the catlinite (red stone) Native American peace pipe that Chief Sitting Bull purportedly—as its owner claimed—presented to Sir Henry Irving during the English actor’s tour of America. The pipe is now one of the highlights of an upcoming Christie’s auction that will offer more than 120 smoking-related lots—among them books, paintings, and other accoutrements—from the Trevor Barton collection.

The Interiors: Masters & Makers sale, to be held September 21 at Christie’s South Kensington auction house, will also include Chinese opium pipes, Inuit ivory pipes, and several African tribal pipes that belonged to Barton. Prices for his pieces are expected to range from about $450 to more than $3,000, with the highest estimates reserved for his ornate 19th-century Austrian meerschaums—status symbols of their time. “The modern-day meerschaums tend not to have such fine carving as the ones made 150 years ago,” says Barton Jr. “It was a bit like buying a Ferrari today: A rich man sitting in an Austrian café smoking would have the best meerschaum he could afford.”

The elder Barton, who was a member of the Académie Internationale de la Pipe for his vast knowledge on the history of smoking, purchased his first pipe (a Tyrolean piece with a porcelain bowl) in 1947 after serving as a lance bombardier in the British Army during World War II. In the years that followed, his work as an export sales manager for British appliance giant Creda allowed him to seek out rare pipes from abroad. However, he acquired much of his diverse collection in the antiques markets throughout London, where he was dubbed “The Pipe Man” by Portobello Road vendors who could count on the diligent collector showing up at 4 am every Saturday, just as they began unloading their boxes.

“The great thing for Dad was the thrill of the chase: ‘What might I find today?’ ” Barton Jr. recalls. “Which, I suppose, is common to all incredibly passionate collectors. They go out there with this hope that they’re going to come back with something they’ve never found before.”