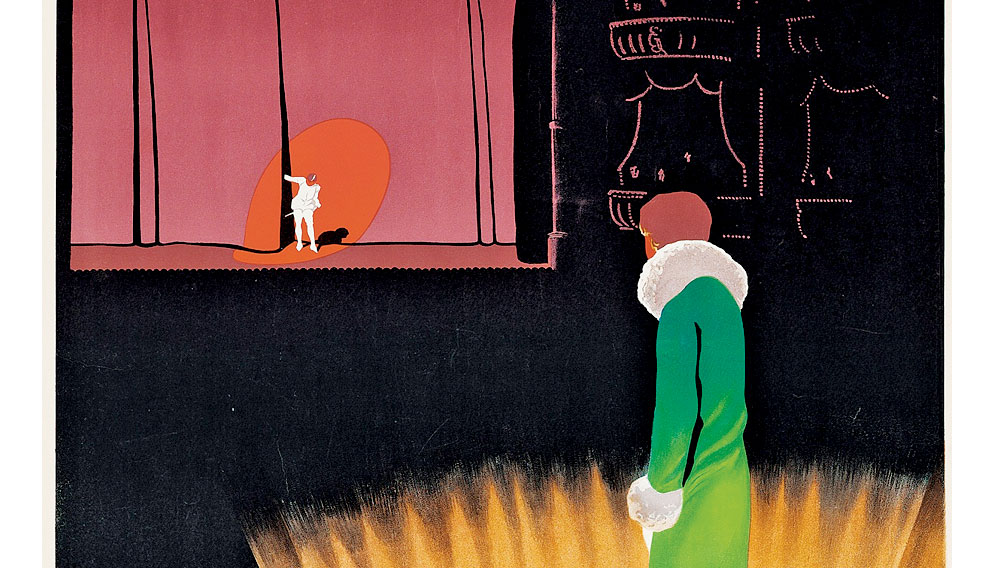 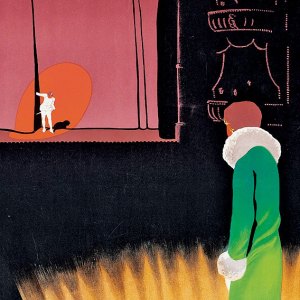 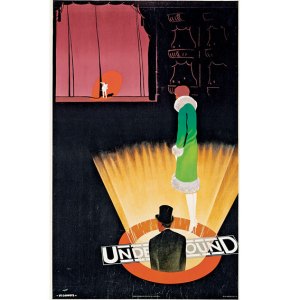 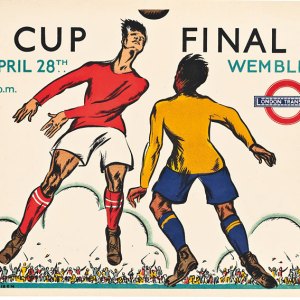 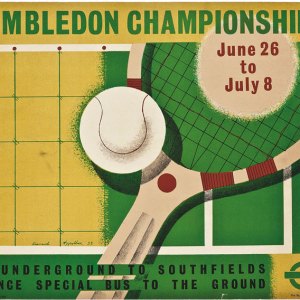 Frank Pick believed that good art could be good for business. During his 32 years as an administrator for London’s public-transport system, from 1908 through 1940, Pick hired some of the period’s most talented artists to create posters that promoted off-peak ridership, reinforced basic etiquette rules, and tantalized commuters with visions of the places they could go and the events they could reach via the system’s network of subways, railways, and buses.

The images made public transportation appear exciting, even glamorous. A 1926 poster, for example, depicts the London Underground logo (in red and black) as a magic portal through which a smartly dressed couple are entering a theater. Titled Underground, Theatres, it is one of several original vintage transport posters that the South Kensing­ton branch of Christie’s London will offer on May 23. Underground, Theatres has a presale estimate of £2,000 to £3,000 (or about $3,000 to $4,500). The auction house began offering transport posters in 1982, when it established its poster department, and demand has only grown since. “They’re very rare. Lots have been difficult to come by,” says Sophie Churcher, a poster specialist at Christie’s. “We’re finding more and more collectors are recognizing how important they are.”

A London Transport Museum exhibit marking the 150th anniversary of the London Underground, the world’s oldest subway system, could be contributing to the interest in the posters. Poster Art 150—London Underground’s Greatest Designs, which opened in February and runs through October, features 150 posters from the more than 3,300 in the museum’s collection. Many of the exhibit’s posters are from Pick’s era.

The poster program was only part of Pick’s marketing plan for the transport system, which in 1933 was branded London Transport (the name was changed to Transport for London in 2000 when a new organization took over the system); he also commissioned the London Underground logo, the London Underground map, and a typeface that was used throughout the system. Like red phone booths, black taxis, and the Big Ben clock tower, these graphic elements have come to symbolize London. “I don’t think he had a sense of branding the city, but he certainly thought that good design was key to improving the business,” says Sam Mullins, the London Transport Museum’s managing director. “Because the business he was running was so pervasive across London, branding the city almost followed by accident.”

Not surprisingly, the London Transport posters that today provoke the fiercest bidding wars are those created by famous artists. The top lot from a Christie’s auction of London Transport Museum posters in October was a 1936 design by Edward Alexander Wadsworth that touted the Imperial War Museum. It earned £37,250 (about $60,000 at the time). The auction record for a London Transport poster belongs to a design by Man Ray, who created it in 1938 as one half of a side-by-side display. It sold at Christie’s in 2007 for £50,400 (about $101,000 at the time). The black-and-white image shows the London Underground logo suspended in outer space above a planet resembling Saturn. Man Ray may have exaggerated the reach of London Transport, but his poster served Pick’s purpose of promoting the system—and it continues to do so. According to Mullins, Pick was “a bright young man who immersed himself as necessary in the world of art and design to be an informed client.”