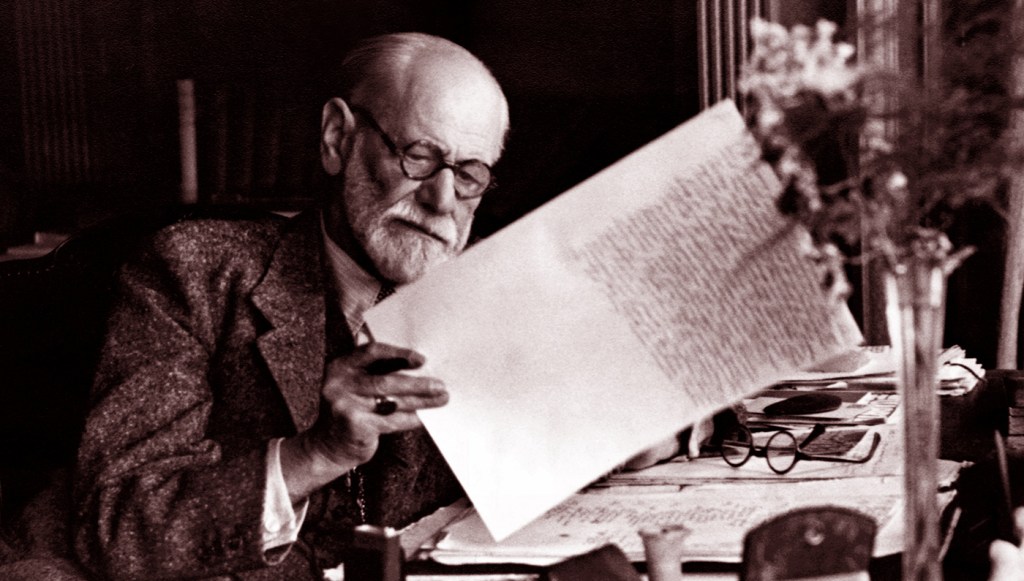 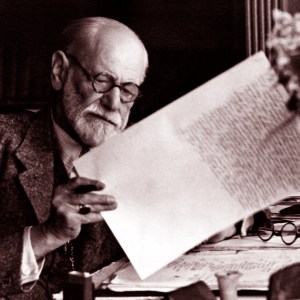 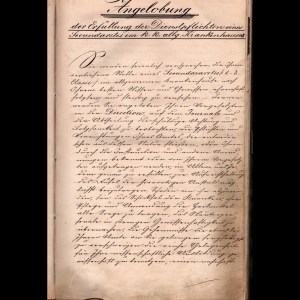 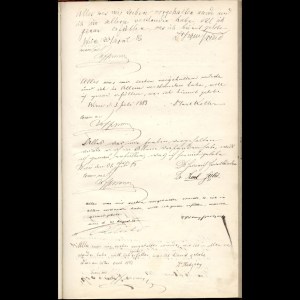 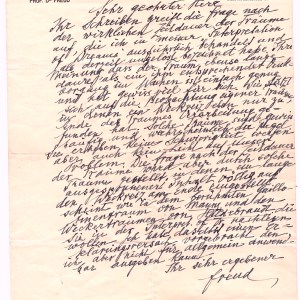 If insights into the psyche can be perceived from penmanship, then an opportunity to better understand one of psychology’s most complicated and controversial minds was missed when handwriting samples from Sigmund Freud failed to sell in Los Angeles last week. On January 26, Nate D. Sanders Auctions offered two rare relics from the father of psychoanalysis, his signed physician’s oath and a letter on dreams.

Freud graduated from the University of Vienna as a medical doctor in 1881 and began practicing at Vienna General Hospital the following year. One of the conditions of employment was to sign an oath (dated April 30, 1883) that comprised a promise to “honorably, compliantly, and diligently” carry out his responsibilities while maintaining “a scrupulously honorable moral conduct.” Also included, on separate pages, are the signatures of his colleagues.

While at the hospital, Freud found himself working in many capacities and spent a formative period assisting in neuropathologist Theodor Meynert’s psychiatric section of the facility. Studies in cerebral anatomy and aphasia (damage to the brain’s speech-processing portion) were expounded on in his book On the Aphasias: a Critical Study and his 1884 paper, “On Coca,” explaining why he thought cocaine was a prescription for good health. The drug was one that he personally dabbled with for years until its addictive and destructive side was eventually sniffed out. Freud’s commitment to the city’s medical institution, symbolized by the sworn statement for sale, came to a close in 1886 when he branched out on his own.

The auction house’s second prized piece from the doctor is a handwritten letter (dated May 28, 1935) answering, in German, an inquiry about Freud’s theories on dreams. To the doctor, dreams were tools of sleep preservation employed by the unconscious mind—a means of addressing unfulfilled wishes, repressed when conscious, that would otherwise roust one from slumber. Interestingly, his correspondence alludes to the question of how certain extended dream episodes are actually instigated by the very thing that wakes one up, such as a sudden pain or sound. Three years after writing the communication, Freud fled the nightmare of Nazi Germany and relocated in London where he died less than 14 months later.

Freud’s physician’s oath and letter had minimum bids set at $195,000 and $95,000, respectively, which were not reached. True fans of Freud, however, can still have their dreams of owning his memorabilia met, as both pieces are available for purchase online through the auction house. (natedsanders.com)