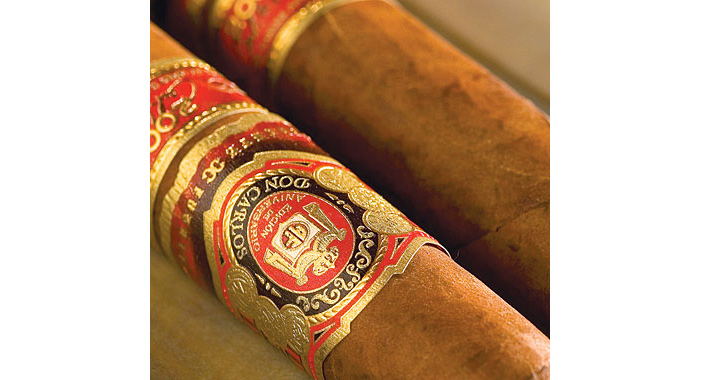 Anthony Dias Blue has spent the last 30 years covering the wine and spirits industries, sampling about 7,000 wines a year, so he knows what to expect from most vineyards. Nevertheless, he says, he is often surprised at tastings. “You get an image in your mind, and all of a sudden you realize the wine is much, much better than anything they’ve made before.” As for this year’s Best of the Best, he chose wines that are at the top of their class and are also available—at least for the time being.

Kim Fredericks began writing for Robb Report in 1997 and started covering real estate issues two years later. Her transition into that field commenced while she still was writing and editing ski resort stories for the magazine. “So much real estate activity started taking place at ski resorts that writing about it just led from there,” she says. As for the destination clubs and hotel residences that she covered for this year’s Best of the Best, she says both are fairly new enterprises but that those involved are quickly adapting to customer demands. “They’re learning from their mistakes, and it’s benefiting everybody.”

When not acting or writing screenplays, Scott Goetz turns his creative energy toward travel writing. The UCLA graduate has traveled to and written about various properties and attractions in more than 60 countries around the world.

Mary Grady has FedEx to thank for her love of flying and aviation. The many flight hours she logged while working for the company motivated her to earn her pilot’s license in 1983. A former editor for the Providence Journal and a writer about the general aviation industry since 1999, Grady previously has worked as a ground instructor, an operations manager at a flight school in Florida, and a hot-air-balloon pilot.

A former senior editor for The Robb Report Collection, Christian Gulliksen recently has viewed diverse regions of the world through the windshields of sport-utility vehicles, having driven a Land Rover in Scotland and Porsche Cayennes in Dubai and Spain. “They’re evolving into a whole mix,” Gulliksen says of the latest SUVs. “Some are car-based; some are truck-based. Some guzzle gas like there’s no tomorrow; some are hybrids that sip away. People are going to continue buying SUVs, but they’re going to buy now based on their needs and wants and their environmental concerns.”

Richard Carleton Hacker, who assisted with our Best of the Best cigar selections, points to college as the turning point in his life when he decided he would make a career of writing about cigars and spirits. “That’s when I began smoking cigars and drinking whiskeys,” he says. Since then, Hacker’s profession has resulted in his being knighted in Germany, and it has taken him to every cigar-making country in the world. He continues to travel to the sources of the best cigars, where he invariably finds use for his Spanish. “I go out and talk to the growers and harvesters and cigar rollers. It’s more than just a vocation of mine,” he says. “It’s also a passion.”

Kim Kavin has covered the charter yacht industry for the last seven years. Once the executive editor for Yachting magazine, she is now the charter/ cruising editor for Power & Motoryacht magazine. She is also the author of the new book Have the Whole Boat (iUniverse, 2006). Kavin is quick to note that yacht chartering is a dynamic business. “The charter industry is literally spreading out across the world,” she says. “It used to be you could find a luxury charter yacht only in the Caribbean or Mediterranean, but that’s no longer true.”

Nancy Olson, editor of Stylus magazine, notes that, while the luxury pen market has welcomed a number of new entrants recently, the established brands continue to create some of the most impressive items. “I based my judgment on what’s new and different, the materials and craftsmanship, and also the concept,” she says. “But this year, most [of the Best of the Best selections] are from tried-and-true manufacturers that have been around for a number of years.”

Since he began writing about golf and golf travel 16 years ago, Joseph Passov has played more than 1,200 courses in 46 states and 21 countries. The current architecture and course rankings editor for Golf Magazine and the former editor in chief of Links magazine, Passov has penned more than 750 articles on golf and travel for nearly 60 publications. As for the three courses he covered for this year’s Best of the Best (located in Mexico, Mississippi, and Idaho), Passov says they represent the sport’s evolution. “Unlike 20 or 30 years ago, there are outstanding golf opportunities everywhere,” he says. “These three in particular underscore how serious golfers will flock to outstanding golf courses and facilities even in the most remote, nontraditional golf locations.”

Basem Wasef, a Los Angeles native, recently finished his first book, Legendary Motorcycles, which is scheduled to be published by Motorbooks International this fall. The book, for which he wrote about and photographed bikes owned by such notable personalities as Steve McQueen, James Dean, and Elvis Presley, required two cross-country road trips. “I saw so many Harleys in the middle of the country, you’d think there was nothing else out there,” he says. “It was refreshing to be back in L.A.”

Ben Whitworth, a veteran auto writer and a contributing editor to Car magazine in the United Kingdom, says he would rather convey the feeling of driving a supercar instead of just writing about the car itself. “I like the challenge of trying to describe what it’s like to drive a car that’s so fiercely quick and unforgiving,” he says.